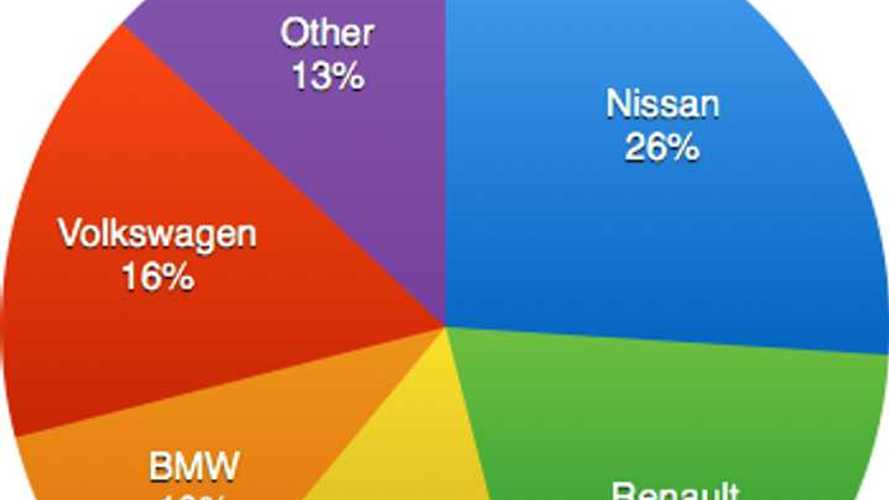 Recently, Nissan released a set of sales figures (see below) for pure electric cars sold in 2014 in Europe.

Those figures were put to use in the market share graphic (above) presented by Green Car Congress.

From the graphic, it's immediately apparent that Renault-Nissan dominates electric car sales in Europe.  However, that domination is even more than the graphic depicts.

As you'll see in the Top 5 ranking below, neither the Renault Twizy nor the Renault Kangoo Z.E. (even of Fluence Z.E.) made the list, yet the graphic above presents Renault at 20%, a figure that includes only ZOE.  Renault's actual market share figure is slightly higher when the whole Z.E. lineup (including Twizy) gets factored in.

Likewise for Nissan, the low-volume e-NV200 isn't included in the graphic above, so the 26% represents only LEAF.