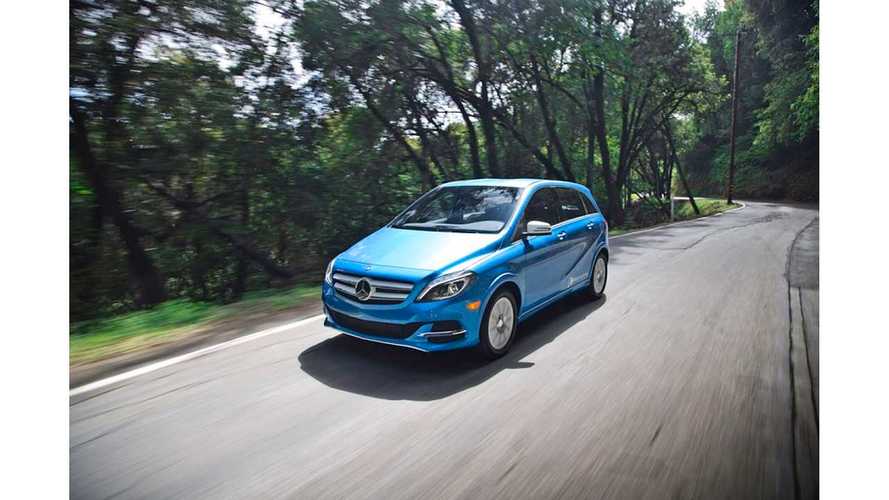 A few days ago we noted that the Mercedes-Benz B-Class Electric Drive online configurator was now online for America.  This meant that US customers could now build and price their own customized plug-in Mercedes.

As part of that, our earlier story speculating that the electric B-Class would have an option for more range was realized.  Specifically, an additional 17 miles of range was available to be had...well, for $600 more anyway.

Amongst the community, the conversation immediately became "how was the extra 17 miles achieved?"  Was it strictly through conservation methods, or was it allowing a greater depth of discharge inside the battery, which had been declared to be 28 kWh by Mercedes earlier?

According to Terry Wei in the Mercedes-Benz USA product and technology communications department in a statement to AutoBlogGreen, while other manufacturers quote the total battery capacity of their vehicles (for example 16.5 kWh in the Chevrolet Volt, 24 kWh in the Nissan LEAF), Mercedes had only quoted the usable amount of capacity to the driver in their specs.

In reality the Mercedes-Benz B-Class ED has a 36 kWh pack.

In 'normal use', or for those without the $600 optional range package, just 77% (28 kWh) of the battery can be used during a daily drive.

Considering an EPA range rating of 87 miles (previously thought to be 85 miles), the extra 17 mile package means up to an additional 5.5 kWh is made available (less enhanced efficiencies), for a total of up to 33.5 kWh put in play - or 93%, which gives the all-electric B-Class a true 104 mile range.

Those 104 electric miles are 23 greater than its main competition from BMW in the form of the all-electric i3 (81 miles), and 32 more miles than is found in the BMW i3 REx - which has a 72 mile EPA rating.

As for why Mercedes decided to give the car a stated 87 mile EPA rating and stress using the 'extended range' mode sparingly in their literature, Wei says that it was because Mercedes didn't think most would need it...and that those 'extra' miles available in the $600 package will fade over time with use.

"Eighty-seven miles is plenty for your average EV driver, but when you want to have 100+ in the tank, you can. It will take an extra 1.5 to two hours to charge to the new "full" on an EVSE with between 24-40 amps. Basically what you are doing is using, early in life, any excess capacity in the battery."

The Mercedes rep also spoke a bit on prudent usage of the extra miles, as noted the disclaimer to "only be used on a limited basis".

"We don't recommend that folks do this all the time, and we can't really make a suggestion as to how often," the rep added, but AutoBlogGreen got the impression that it sounded like using the feature even once a week would not be all that damaging to the battery pack, and figures the $600 is well spend.