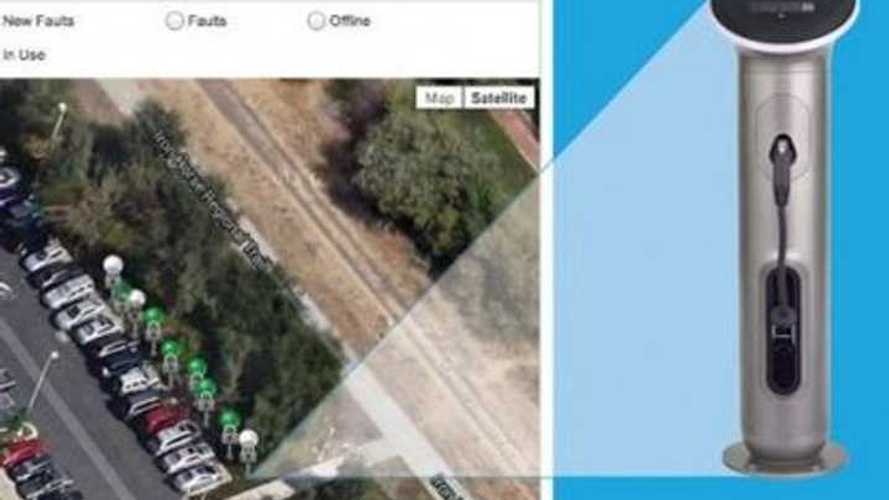 Ford has announced that its ongoing effort to install work site charging stations is headed nationwide.

Ford has teamed with GE to install GE WattStation chargers at "nearly every" one of its facilities in the United States and Canada.

Ford says these employee-use chargers will be installed first in the metro-Detroit area and then at its various locations nationwide:

"Ford Motor Company in conjunction with GE, will supply vehicle charging stations at Ford facilities nationwide, beginning with facilities in and around its headquarters."

"This month, Ford will begin installing GE WattStation™ charging stations across its North American campuses, developing a workplace charging network at nearly every Ford facility in the United States and Canada."

We applaud Ford for becoming the first automaker to commit to this level of workplace charger installs.

“Ford’s commitment to sustainability extends beyond our fuel-efficient vehicles to include our daily workplace.  We know that a growing electrified vehicle infrastructure is key to making plug-in vehicles a viable option for more consumers. Ford is committed to doing its part to help develop that infrastructure.”

Ford Plug-Ins on Display in Geneva

Some highlights from Ford's press release include:

2013 Ford Fusion Gets A Charge

With the new charging network, Ford employees commuting to their jobs from up to 21 miles away in plug-in hybrid vehicles – Fusion Energi and C-MAX Energi – may be able to drive entirely on electric power to and from work. Fusion Energi and C-MAX Energi have an EPA-estimated MPG ratings 44 city, 41 highway and 43 combined and have an EPA-estimated range of 21 miles electric. Drivers of the electric-only Focus Electric, which has an EPA-estimated range of 76 miles on a full charge, will have even more gas-free commuting potential*.

Ford plans to install electric vehicle charging stations at more than 60 of its offices, product development campuses and manufacturing facilities. Installation will begin at Ford’s southeast Michigan facilities and roll out across other facilities throughout 2014.

The Ford charging service will be free to employees for the first four hours of charging each day. By offering free charging, Ford is trying to encourage charging station sharing, enabling twice as many employees to charge at work for free.

Ford’s WattStation charging station installation differs from other workplace charging installations in that the units will be networked together. As a result, the company will be able to gather comprehensive information on electrified vehicle use, such as the number of hours vehicles are charging and the amount of carbon dioxide reduced. It can then use actual station data to plan for additional station installations.

And then there's this on the 65-million electric miles achievement:

Ford Fusion Energi and C-MAX Energi drivers typically make three of their four daily trips in all-electric mode, based on data from Ford’s MyFord Mobile app. It is estimated Ford customers now have logged 65 million all-electric miles, increasing at a rate of 290,000 electric miles per day, by driving the full range of plug-in vehicles, saving more than 4 million kilograms of CO2.

By adding another charge opportunity during the day at the workplace, it might be possible for employees to be able to accomplish all of their workweek trips without using gasoline.