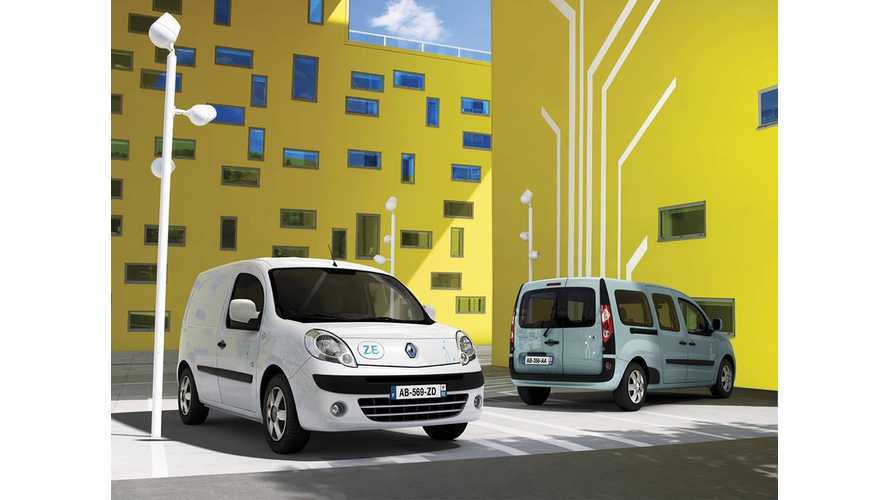 For the second year in a row, the Renault Kangoo Z.E. was awarded GreenFleet's title of "Electric Vehicle of the Year."

The Kangoo Z.E. realy has no competition in the light-duty commercial electric sector, which is the area GreenFleet focuses on.

"As well as winning last year's Electric Vehicle of the Year award from GreenFleet, it scooped 'Ecovan of the Year' and 'International Van of the Year' accolades. It is more than a worthy winner again."

Since launching in late 2011, the Kangoo Z.E. has racked up over 11,000 sales.  It's easily Europe's best-selling electric van, as there's basically no competition out there.

In 2012, the Renault Kangoo won the International Van of The Year award.

Last June, the Kangoo Z.E. was restyled a bit and slightly updated with features like an enhanced dashboard and the ability to pre-program (via smartphone or PC) the vehicle to charge at off-peak times.