Tesla Supercharger Map: An Explanation of the Meaning of Those Mysterious Gray Dots 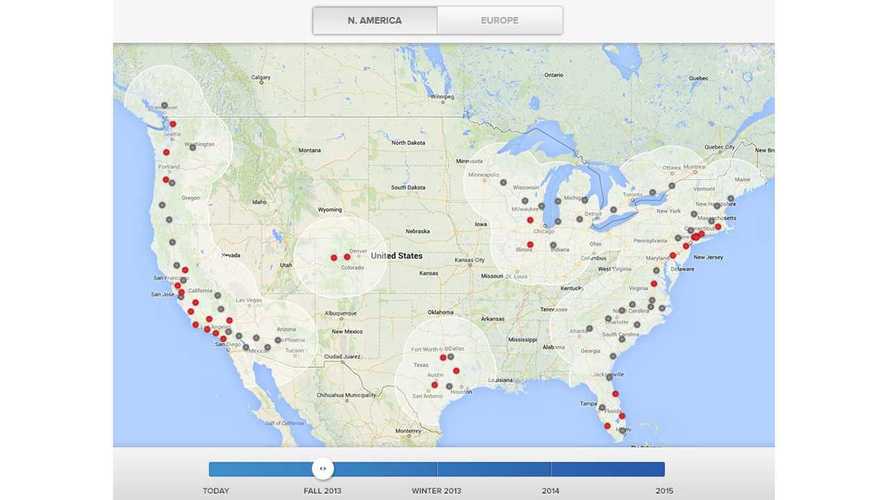 Tesla Supercharger Map: An Explanation of the Meaning of Those Mysterious Gray Dots product 2013-09-23 12:30:23 https://insideevs.com/news/319104/tesla-supercharger-map-an-explanation-of-the-meaning-of-those-mysterious-gray-dots/ Tesla Charging, tesla supercharger
Sep 23, 2013 at 8:30am
++Share

Lately, there's been far too much confusion over the meaning of something as simple as gray dots.

More specifically, lost in translation has been the meaning of the gray dots on Tesla's Supercharger map.

We understand why this could be a confusing matter and most of the blame should be put directly on Tesla for not precisely explaining what the gray dots mean, but this spreading of falsities that's been going on lately is not right either.

Simply asking Tesla the meaning of the gray dots will result in an answer that's as definitive as can be.

First, in dispelling the false myths out there, the gray dots do not represent newly deployed chargers, nor do they stand for planned or promised chargers.

The gray dots mean only this: site expected to be under construction during time frame listed.

So, if we gaze upon that map and see say 50 gray dots for Fall 2013, then we should expect all 50 of those sites to be somewhere in the construction process by the end of Fall 2013.

Now, "under construction" does not necessarily mean it's being physically built.  The construction process here includes permitting and other ordinance related issues, some of which can take a lot of time to iron out.

Then there's that "expected" mention there.  Tesla is saying simply that it expects (but can't promise, especially since most of this permitting/building schedule, etc. is beyond Tesla's control) to be at the construction stage of a particular Supercharger site by the time set forth on the map.

Why the map and why those gray dots then?

They aren't meaningless and Tesla isn't trying to deceive.

The gray dots represent a Supercharger site that's coming (unless something beyond Tesla's control prevents construction), so the dots can be a tool for potential Model S buyers and current owners to see where future free electricity will likely be and to gauge whether or not Supercharged road trips are likely to be a possibility in a particular area soon.

In closing, if you've been led to believe that the gray dots mean something other than what we've explained here, then you've been deceived, but not by Tesla, because Tesla never defined the meaning of those gray dots.