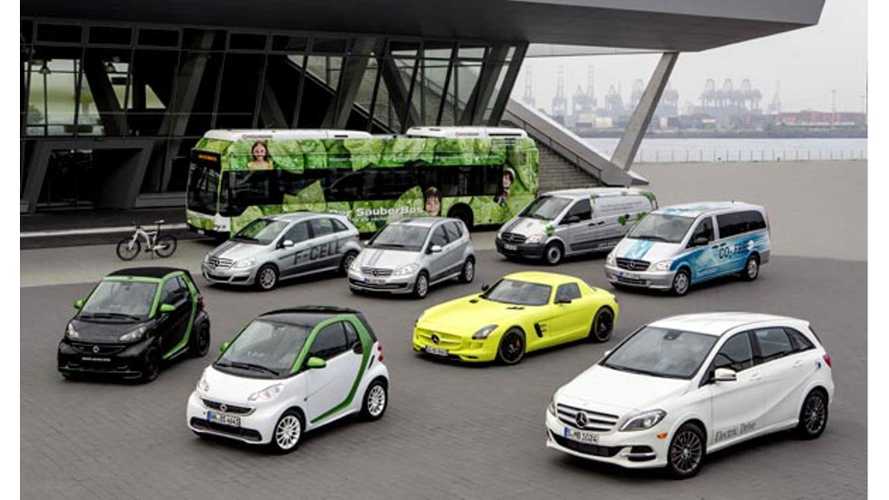 In the first half of 2013, Daimler claims it dominated the German electric vehicle market by grabbing a 42% overall share.

The Smart Fortwo Electric Drive was king for Daimler with 983 units sold in the first six months of 2013.  In fact, sales of the electric Fortwo alone accounted for a 40% share of the German electric vehicle market in the first half of 2013.

Daimler doesn't provide specific sales figures for its other electric offerings outside of the Fortwo Electric Drive, so we're not completely sure where the remaining 2% of the German market share figure comes from.