Do you want a Volkswagen ID.4, but you simply can’t be seen in anything that doesn’t wear a premium badge? Audi has you covered with the brand new Q4 e-tron, a vehicle that is apparently more than just a posh version of the Volkswagen, as this very laudative review by Carwow points out.

In fact, reviewer and host Mat Watson believes it is the very best compact electric crossover currently available in the UK. There is an asterisk to that, as he points out at the end of the video, though, the fact that the Tesla Model Y is currently not on sale in the UK or anywhere in Europe, and once that arrives on the market, the hierarchy is set to change (although by that time other electric crossovers will have also debuted, making the choice for buyers even more difficult).

What are the Audi Q4 e-tron’s main qualities? Well, it’s even more refined than the already remarkably hushed and comfortable ID.4 and it also offers a far more luxurious feeling interior than the Volkswagen, although you would expect this given the badge and the price difference.

Interestingly, Audi chose to price the Q4 e-tron so that it just exceeds the limit to be eligible for the UK government grant for electric vehicles. Buyers of brand new EVs in the UK can get £2,500 off the purchase price if the vehicle’s price doesn’t exceed £35,000 and the Q4 e-tron starts at £40,750, while if you want a Quattro dual-motor all-wheel drive model, you will have to part with at least £51,370 in order to get one.

More on the Audi Q4 e-tron 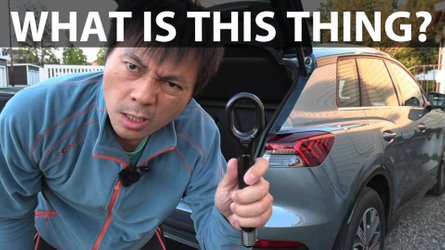 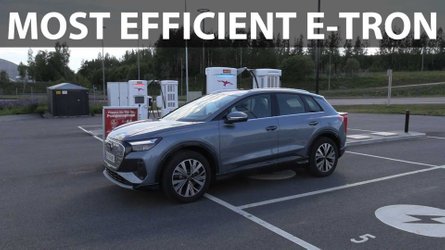