It depends on where you live, but in many locations, renewable energy sources are growing.

One of the primary arguments that comes from those opposed to electric cars is that the power source is coal, since that's where they believe most electricity comes from. We've published articles with several recent studies that disprove this concept. While it may be the case in some countries, it's not true in many areas. In addition, what was true years ago is false today due to the transition to renewable energy sources. Sean Mitchell takes a deeper dive into the specifics to more adequately answer the question: Are EVs really powered by coal? 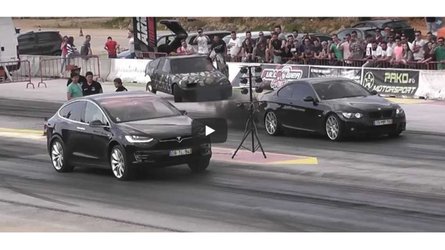 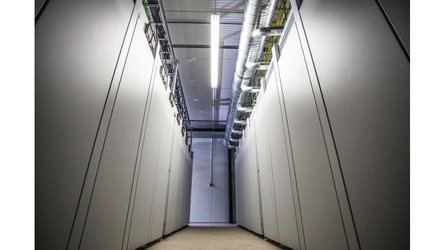 Nearly every time Mitchell publishes a video or tweets out some information about electric cars, he gets to read a bunch of adversarial and sometimes outright terrible comments. We feel for him at InsideEVs, since we're inundated with such nonsense on a daily basis. Fortunately, our readers don't have to deal with the worst of it, since it goes into moderation or gets deleted. We've included a few of Sean's love notes: 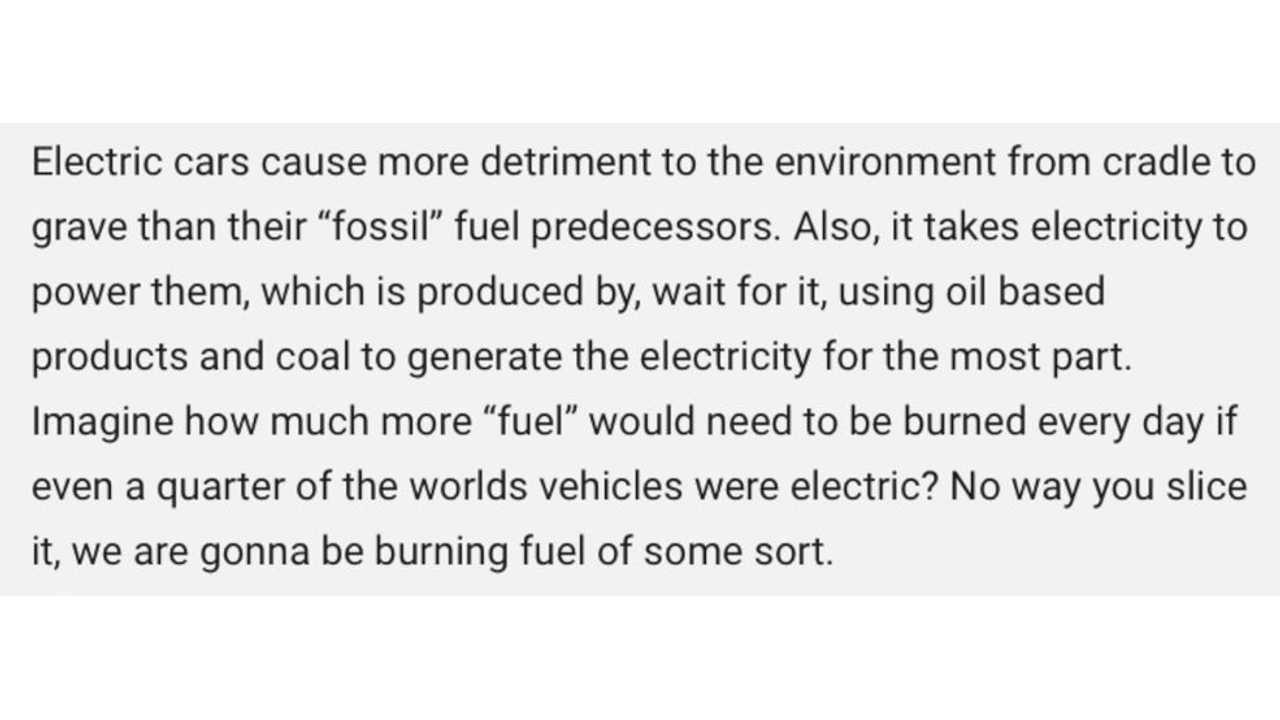 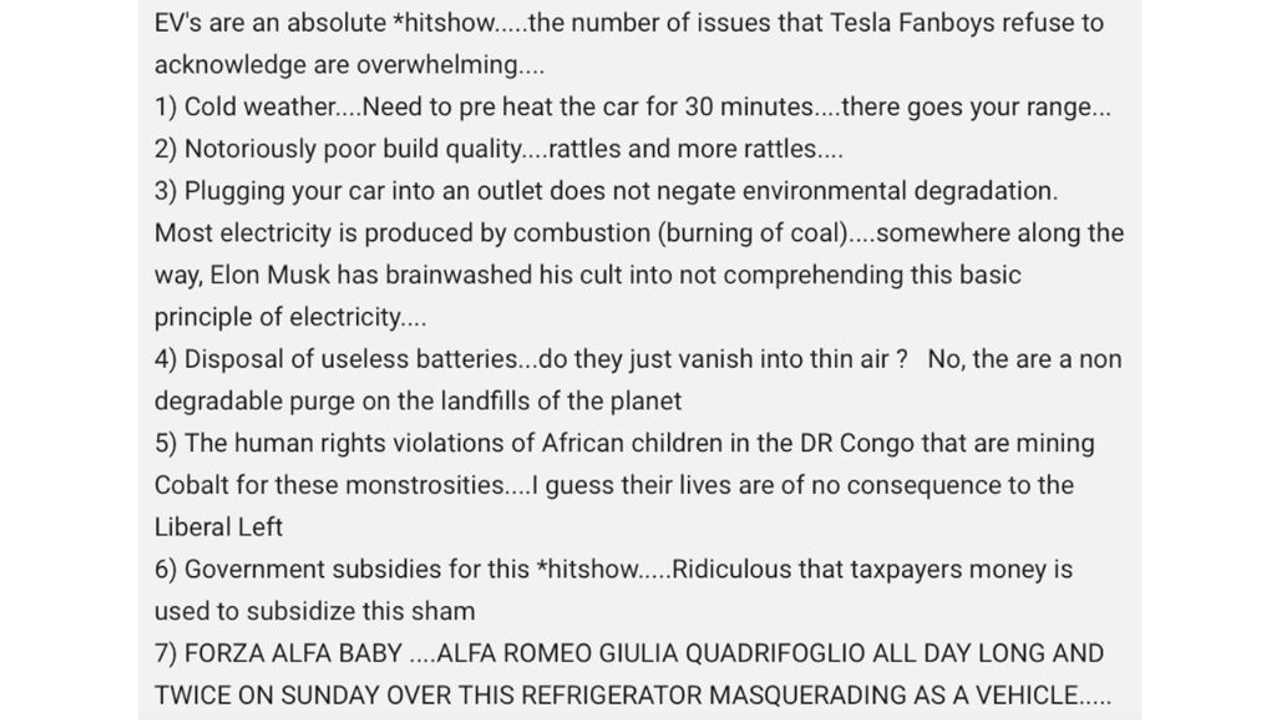 Check out the brief video above for Sean's take on EVs and coal. In addition, we've included his entire write-up below, which features several helpful links.

Are EVs really powered by coal?

Electric vehicles are undoubtedly becoming more mainstream. Though EVs sales in the US only represent about 1% of total vehicle sales, that tide is quickly changing as governments commit to some form of a ban the new sales of petrol and diesel vehicles and large automakers commit to offer electric options.

The statement I see very often in the comments of my videos from contrarians regarding EVs is that they are no better than fossil fuel powered vehicles since they are charged from the grid, which they say, is powered by coal. This begs the question, are EVs really powered by coal?

For this video, we’re going to dive into detail over what the US energy mix is and just how much comes from non-renewable sources like coal.

If we look at a graph of US power generation from 1965-2018, we instantly get an idea of where our power is coming from. The big blue line is coal. As you can see, coal hit its peak in 2007 with just over 2 million killowatt hours generated and has been taking a sharp decline since then. This coal decline is in direct correlation to natural gas’s sharp incline, taking over as the dominant energy source in 2015 with 1.3 million killowatt hours generated.

This begs the question, why aren’t renewables better represented in the US? Three words: supply and demand. Lack of demand keeps costs high. High demand typically drives research and development (R&D). R&D creates efficiencies usually result in lower costs and economies of scale, which consequently spur on even demand. This is certainly the case for any new technology.

I expect renewable sources of power generation to follow a similar ubiquitous trajectory. Here’s why: EVs are powered by electricity. As more people choose electric powertrains over fossil fuel variants, the demand for powering an EV at home will increase. If an owner sees that home electricity costs increase, they will look into ways to reducing those costs. What is the most cost effective and efficient way for a home owner to generate their own power? You probably guess it - solar power and home battery storage.

Electric vehicles will likely single-handedly drive solar and battery storage costs - resulting in a vehicle powered completely by sun. In fact, even if an EV owner ops to not install a home solar system, large scale power providers are also driving renewable sources of energy.

So to address the question in the title of the video, are EVs really powered by coal? If you power your vehicle from the US grid, only partially and the grid is becoming cleaner each year. If you choose to install solar and home battery storage on your home, your EV can be powered by 100% renewables - something fossil fuel vehicles will never be able to claim.