When Sandy Munro went to California with the 2021 Tesla Model 3 he and his team will tear down, we were sure he would speak to Elon Musk on the way. Not in California, since the Tesla CEO now lives in Texas. And it was there, at Boca Chica, that Munro recorded this almost 49-minute interview with him. Apart from discussing a myriad of topics – structural batteries, mega castings, Autopilot, FSD… – Musk also admitted some production issues.

The first subject was probably the toughest one, in which Munro mentioned the problems he had with the first teardown he did on a Tesla, a 2018 Model 3. The engineer also found problems with the 2021 car, especially regarding panel gaps, and he mentioned he and Cory Steuben found an absolutely pristine one.

Musk told him they have tried to perfect production and admitted for the first time that the Model 3 paint job did not always have the necessary time to dry. This could explain the vehicle's issues in multiple units, born from the “production hell” Tesla had with the Model 3. The issue is now apparently gone.

Munro then told Musk that the seats in the Model 3 are the most comfortable he has ever had the chance to use, and they discussed how vertical integration made that possible. According to Munro, having the seats build by a supplier would make them look different on the outside but equal to others in their structures.

Munro and Musk later talked about Autopilot, and the Canadian engineer said that he was really impressed with FSD. Munro also enjoyed the freedom Autopilot gave him to check the surroundings while driving – something he never did before but warned Musk that Autopilot needs to deal better with how roads are different among states.

At this point, the conversation got into one of Munro’s favorite topics: mega castings. Musk confessed again that there was no way the Model 3 body would be impeccable with so many parts. According to the Tesla CEO, they had the right answers for the wrong manufacturing questions. The right answer was the mega castings.

Munro told Musk he was disappointed to see the Model 3 did not have the single-piece rear mega casting and the Tesla CEO told the engineer it was not possible to change the bus tires while it was moving at 80 mph down the road.

In other words, only vehicles made in the company’s new factories will get these structures because their manufacturing will have them right off the bat. In the Model 3 made in Fremont, that would require stopping the car's production that pays Tesla’s bills.

In these almost 49 minutes, Musk and Munro also spoke about the structural battery pack, a more precise assembly process this component and the mega castings will allow, that the refreshed Model S and X will now have 12V lithium-ion batteries, the EV crossover point – when electric cars will be the majority in the market – the wire harness revolution the Model Y promise and did not deliver, and some final comments. 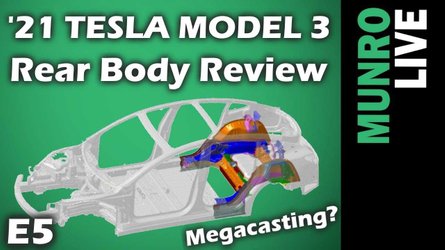 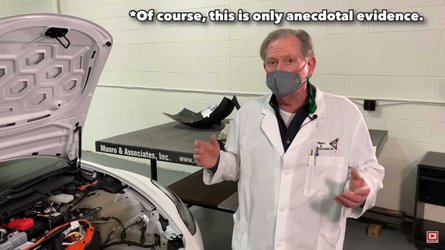 In them, Munro tried to ask Musk what he thought about MBAs, short-sellers and got back to FSD, which Musk said he is trying to promote in the safest way possible. Autonomous driving specialists such as John Krafcik disagree. NTSB’s member Jennifer Hommendy and David Zipper asked the federal government to impose professional testing.

Regardless of the controversy, Musk said FSD would take drivers home if it detects they are sleeping in the car. If they have a medical condition, the car will take them to the closest hospital – probably when it is no longer in beta testing. If you do not have time to watch the whole thing now, make sure you do it when you can.