What is “next level” about LFP and CTP? Has Apple really urged its suppliers to rush production of parts?

Apple fans must be pretty confused at this point. After reading the Apple Car will arrive in September 2021 from the Economic Daily News, Reuters published the new EV will be introduced in 2024. If the Taiwanese newspaper spoke to four suppliers, Reuters got the new date from Apple sources. Who should we believe?

Reuters went a little further in the description of the electric car. It said it would have “next level” battery technology, which made us wonder about solid-state batteries. After all, most companies involved with them claim they will be available by 2024. Reading a little further, we discovered that Reuters' sources were referring to LFP (lithium iron phosphate) cells and the CTP (cell-to-pack) arrangement.

BYD already sells that “next level” tech on its Blade Battery, and Tesla powers the entry-level Model 3 made in China with it. Summing up, it is an affordable solution that is already available. Nothing about it is “next level” by any means. Solid-state batteries are what would fit the description best.

Reuters also describes the car a little better, saying it will come with self-driving technology and sensors such as LIDARs. Curiously, the iPhone 12 Pro and the iPad Pro would already present LIDARs, which could also be applied to the car project. Also according to Reuters, Doug Field is in charge of the project. If you do not remember, Field worked for Tesla from October 2013 up to August 2018. He was the boss when Elon Musk was not around.

Regarding production, Reuters sources did not clarify if Apple will only sell the autonomous driving technology to existing manufacturers or if it plans to sell cars by itself. To do that, Apple would have contacted Magna Steyr in the past, but conversations went no further. Again, Foxconn's decision to enter the automotive business with an open-source electric car platform does not look like a coincidence.

More News On The Apple Car: 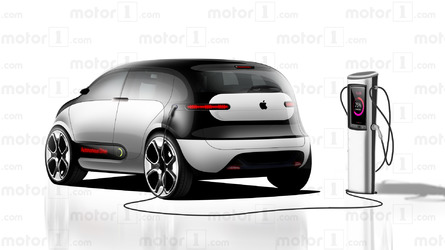 Apple Car May Be For Sale By September 2021, Says Taiwanese Newspaper 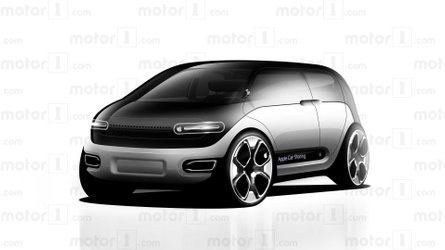 Only something official from any of the companies involved would be able to answer the question we posed in the first paragraph. Without that, all we can do is check the landscape.

Why would sources in four different suppliers say they are producing parts for the Apple Car? Some Chinese news comments said it could be an attempt to increase the value of these companies’ shares. Although that is feasible, our experience with the car industry's secrets tells us suppliers are frequently the most trustworthy sources.

On the other side, Apple can try to spread counterinformation to preserve the surprise effect it may want to have when presenting a car in September 2021. A news service with a solid reputation would be the best way to do that, especially if it cannot say if LFP with CTP is “next level” or not. The fact that it emerged soon after the news from Taiwan is very telling.

Whether in September 2021 or 2024, the company that invented the iPhone clearly wants to compete with "smartphones on wheels." For customers, the more options available, the better.