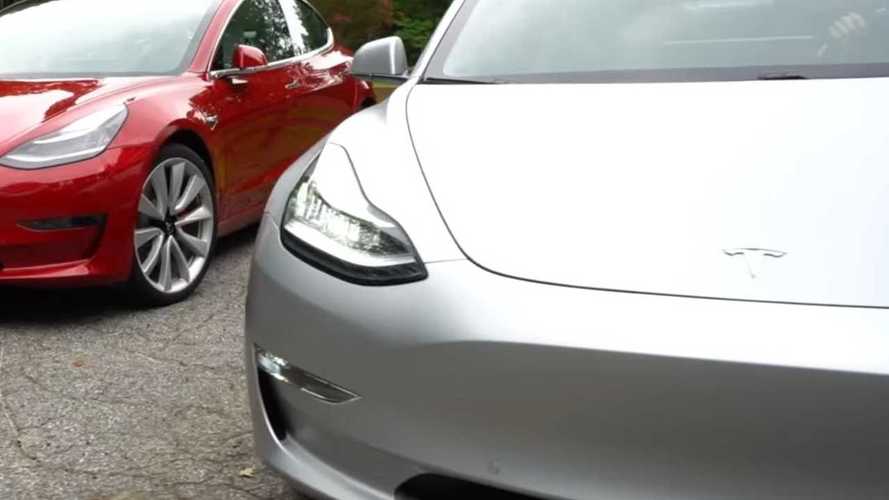 Tesla's real competition is gas cars. It needs to bring a $25,000 car to market.

Posted on EVANNEX on October 01, 2020 by Charles Morris

Whenever Tesla makes one of its “long-anticipated” presentations, a predictable sequence of events takes place. The mainstream press (newspapers, business mags, stock pundits) is unimpressed, and puts out a batch of “What’s the big deal?” articles. The TSLA stock price plummets the next morning. Then, over the next few days, journalists who cover the EV industry, drawing on their greater understanding of the technical issues and the dynamics of the auto industry, explain why Tesla’s latest batch of news is a very big deal indeed. The stock price recovers, and the consensus estimate of how Tesla’s lead over the legacy brands is ratcheted up by a year or two.

On Battery Day, our generalist colleagues were probably hoping to hear that Tesla had perfected its vaunted Million-Mile Battery, or that it had achieved the Holy Grail—a battery cost of $100 per kilowatt-hour. Most importantly, they were hoping to hear about something that was available right now, today. As one analyst put it, to be a “long-term investor” these days means looking ahead one year, so when Elon Musk spoke of a three-year timeline, that put all the technical advances he described into the category of Not a Big Deal.

There was one number that caught everyone’s attention, however: $25,000. Even the casual observer can see that offering an EV at that price will represent a massive disruption for the auto industry.

In 2012, when Elon started talking about Model 3, he said it would sell for $30,000. That target later quietly rose to $35k, and the reality is that most Model 3s have been sold for much more. However, while many car buyers (including your author) may not think of 35 grand as a moderate price, it was almost precisely the average price of a new car in the US in 2017, when Model 3 went on sale.

Above: The $25,000 EV that Tesla could introduce in three years was announced at the Battery Day event (Source: Tesla)

Sales of Model 3 have been impressive by any measure—in this space, we’ve reported how the innovative EV has been eating into the market share of legacy models in the small luxury sedan segment. However, convincing all the world’s drivers to go electric is going to require an even lower price point, and 25k sounds more like it.

At Battery Day, Elon Musk and Drew Baglino, Tesla’s Senior VP of Powertrain and Energy Engineering, described a laundry list of incremental improvements that should enable Tesla to cut its battery costs in half in 3 years, but there are still a lot of variables in the equation. What are Tesla’s battery costs now? How much will a complete battery pack cost, and what percentage of the total vehicle cost will it be? Napkins covered with scrawled math are all over the table.

The Verge predicts that Tesla’s $25,000 EV will have a $6,000 battery pack, and estimates that current costs in the industry (including non-Tesla EV-makers) are at least double that. Electrek’s Fred Lambert, a keen Tesla-watcher, is more sanguine—he believes Tesla’s current pack-level cost is around $110/kWh, so halving the cost would put the price of a 50 kWh pack at only $2,500. Even if you accept the more conservative estimate, halving its battery costs should handily enable Tesla to deliver Model 2 (as the rumor mill has already named it) at the $25,000 price point.

Above: Elon Musk discusses the $25,000 Tesla is planning (YouTube: Bloomberg Markets and Finance)

How will this compare with the price of a gas-burner in 2023? Well, today you can get into a new ride for less than 25 grand. Motor Trend recently picked out 10 decent little cars that start under $19,000. But many new-car buyers can afford to set their sights a bit higher. If Tesla’s Model 2 were available today, it would be competing (in a sense) with the VW Golf (which starts around $23,000) and Toyota Prius ($24,000), two of the best-selling small cars in history.

Is “competing” the right word here? “Blowing away” might be more apt. The Tesla is sure to have a 300-mile range, industry-leading performance, over-the-air updates, Autopilot, etc, etc, and the gas and maintenance savings will be lagniappe. By 2023, VW might conceivably have an EV that can be compared to a Tesla, but no fossil will be in its league. Your author is a huge fan of the Prius (I’m on my third), but if I could buy a Tesla for a similar price, I wouldn’t need a test drive to make my choice.

Numerous writers have noted the unfair contest between a 25k Tesla and any dinosaur-burning car. As James Morris, writing in Forbes, put it, “When you can buy an EV with over 300 miles of range that is faster and equipped with better technology than an internal combustion engine VW Golf, as well as being much cheaper to run, only groundless anti-electric prejudice will stop you. There won’t be any real reason to buy [an ICE vehicle] anymore.”

As Elon has said several times, Tesla’s real competition is the millions of fossil-fuel vehicles rolling off the assembly lines. If and when Tesla delivers a $25,000 car, that competition will be over.