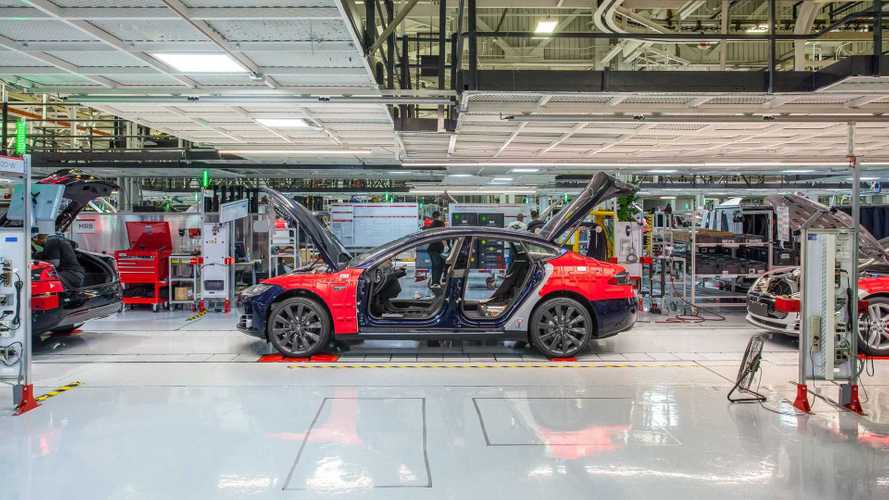 US fossil fuel firms eliminated about 105,000 positions, roughly 20 percent of their workforce, between March and June.

Posted on EVANNEX on September 28, 2020 by Charles Morris

These are sad days in the oil patch. US fossil fuel firms eliminated about 105,000 positions—roughly 20 percent of their workforce—between March and June, according to Accenture. BW Research Partnership puts the job losses at 118,000 between March and July. Most of the layoffs have been in Texas, Louisiana and Oklahoma.

Above: The energy industry is changing (Source: Theo Jones / Tesla)

The oilfield services sector has taken a particularly heavy blow. The Petroleum Equipment and Services Association says the pandemic-related slump in fuel demand has cost almost 100,000 workers their gigs so far. Oilfield services employment dropped by 15 percent over the last year.

Most of these were good jobs. The Wall Street Journal tells some sobering real-world stories in a recent article. Only two years out of college, Leah Sanders was making $19,000 a month with oilfield services giant Schlumberger. Now she’s living with her parents and making $15 an hour at her father’s construction business. Scott Beautz graduated in 2018 from Louisiana State University with a Petroleum Engineering degree and was earning $120,000 a year at Marathon Oil until he was laid off in April.

Tsvetana Paraskova, writing in OilPrice.com, believes that “a few years from now, the industry will recover, if its past cyclical boom-and-bust nature is any guide.”

With due respect to the workers who’ve lost their livelihoods, we’re not so sure about that. From our perspective, the long-term trend for fossil fuels will continue downward. In the medium term, however, the industry is likely to recover to a certain extent, and when that happens, companies may be facing a talent shortage.

Some older workers who’ve been laid off have retired, and others are moving on to trendier fields. When and if a rebound occurs, oil firms will need to bring in a new generation of workers, and that may not be so easy. For many young people, oil and gas is an industry with a bad image and no future.

In a 2018 report, the University of Georgetown found that Petroleum Engineering was by far the highest-earning Bachelor’s degree—median earnings were $120,000 per year. However, the same survey found that 62 percent of Generation Z respondents considered a career in oil and gas “unappealing,” and 39 percent called it “very unappealing.” A 2017 survey by Ernst & Young found that 44% of 20- to 35-year-olds, and almost two-thirds of 16- to 19-year-olds, found the prospect of working in the oil and gas industry unappealing.

Big Oil has seen this movie before. In previous downturns, energy giants slashed staff, creating generational gaps that haunted them later when the business recovered. During the oil crash of the 1980s, many firms sharply cut hiring or stopped it altogether. Two decades later, when the shale boom hit, some firms paid retirees to come back and train younger workers.

Some oil majors are keeping their internships and graduate recruitment programs even as they cut their workforces by as much as 15 percent. “We don’t want to repeat history,” Chevron human resources head Rhonda Morris, told the WSJ. “What I think the industry has learned from the ‘80s is that we cannot turn the pipeline off,” said Amy Patton, a recruiter for BP.

Others, however, including Schlumberger, have stopped hiring and terminated internship programs. “There’s a mentality out there that oil and gas is finished,” said Jeff Spath, head of the Petroleum Engineering department at Texas A&M, adding that only a third of the petroleum engineers who graduated this spring with BA degrees had found jobs.

What are the rest of these graduates going to do? More than a few are making the transition to jobs in renewable energy and e-mobility. By many accounts, jobs in clean energy industries already outnumber those in fossil fuel fields. The Natural Resources Defense Council cited a 2017 report from the Department of Energy that found that clean electricity jobs outnumbered jobs in fossil-fuel energy generation by five to one. NewScientist wrote in 2019 that the US “green economy” provided 10 times more jobs than the fossil fuel industry. According to the Environmental Defense Fund, the EV industry accounted for 174,000 American jobs in 2018. The exact figures depend on how you define clean energy, and which sectors of the sprawling fossil fuel industry you look at, but the overall trend is pretty clear.

OilPrice.com’s Tsvetana Paraskova noted that many younger workers see the fossil fuel industry as misaligned with their social and environmental values—a problem that Tesla and other electric vehicle manufacturers obviously don’t have. Elon Musk recently said that Tesla is on a hiring spree, and could add as many as 65,000 employees by the end of this year. As Benzinga reports, a recent Universum survey of 44,000 American students found that Engineering students ranked Tesla as the #1 “Most Attractive Employer in the United States” (they ranked SpaceX #2).

Utilities Support And Promote EVs While Oil Interests Push Back

Of course, Tesla may be the most popular career choice in green tech, but it’s far from the only one—EV startups such as Lucid and Workhorse, and a host of lesser-known names, would be promising places for a young engineering graduate to send a résumé. “This is an arms race. It is an arms race for talent,” says Morgan Stanley auto analyst Adam Jonas.

Despite what oil industry insiders may say about their hopes of a comeback, most of them understand that the restructuring of the world’s energy industry is just beginning. The problem of attracting young talent to the declining oil industry is likely to be a permanent one.