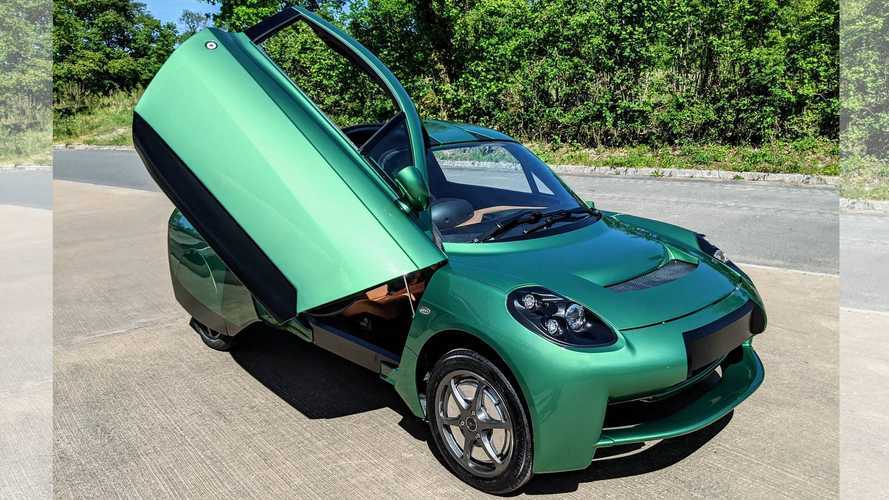 The company finished a funding campaign beating the target by 139 percent.

Riversimple is still pursuing the goal of killing programmed obsolescence, as we told you back in April. Since then, Sir Stirling Moss died, and the company started a crowdfunding campaign. Although these facts do not seem connected, Riversimple managed to put them together in an inspiring way.

Hugo Spowers, the engineer behind Riversimple, started his career at motorsports. When he began the project for the company, he knew its cars would have to be brilliant to drive. Presenting a tedious people mover would steer clients away not only of Riversimple's products but of its revolutionary proposition.

When Sir Stirling Moss died, on April 12, Riversimple decided to pay him a tribute that may seem unassuming. Still, it carries profound meaning. A new Rasa was painted in "Stirling Green," a color developed to remember the multiple times in which Moss drove British Racing Green racing cars, such as the Aston Martin DBR1.

That same Rasa was used by the company to tell its Twitter followers about a Seedrs crowdfunding campaign. It had the goal of raising £200,000 through the Future Fund, a British government assistance program to startups.

The idea was that the government would match up to 100 percent – until a limit of £5 million – of what each company raised from private investors. Riversimple started the crowdfunding round with a goal of £200,000.

It was set to end on June 2, but it is apparently still active. The last time we checked, Riversimple had managed to raise £478,280 – or 139 percent more than the original goal. So far, that means the Welsh company will have £956,560 to push development.

Sir Stirling Moss was considered as the best pilot never to have won an F1 world championship title, mostly because he was a gentleman and a true sportsman. In the 1958 season, he helped stewards make the right decision about Mike Hawthorn, who eventually won the title.

Without even knowing about it, Moss now helped a promising company do the right thing. When Riversimple manages to kill programmed obsolescence and develop a new car ownership model, this "Stirling Green" Rasa will undoubtedly count as an essential step in that direction.