How Much Do You Think This First Wrecked Porsche Taycan Turbo Is Worth? 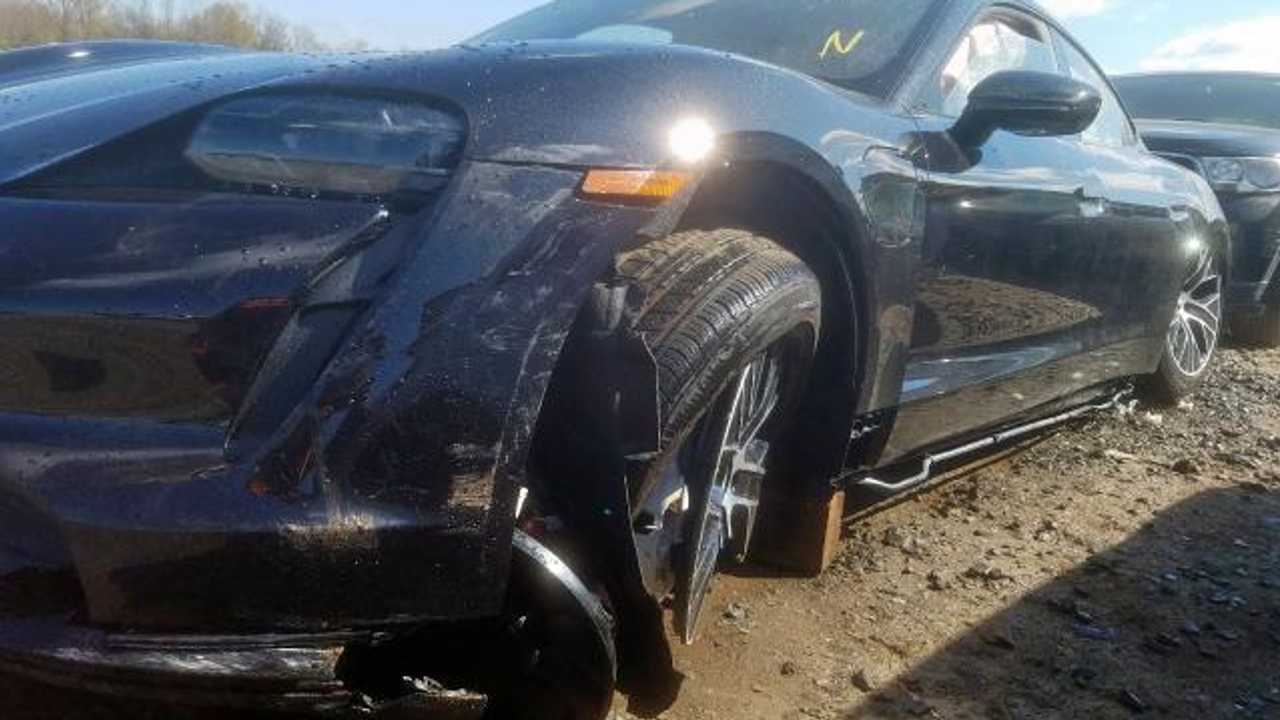 Its estimated retail value is currently above the price of a brand new example, but it's obviously set to change.

The Porsche Taycan is one of the most expensive electric cars in the world, especially if you opt for either the Turbo or Turbo S. And even if it’s been involved in an accident and has got plenty of damage, its price may not be as low as you think it's going to be.

This particular example, a Taycan Turbo, needs a lot of repairs before it can go back on the road, but its estimated retail value is currently $167,865. For reference, a brand new Taycan Turbo with no extras is $150,900, but as you can imagine, nobody will pay that much for a wrecked one - the price is just a ballpark figure of what the site estimates a used example might be worth, a hard estimate to make since there are not that many second hand Taycans out there.

In fact, to our knowledge, this is the first wrecked one that's gone up for sale.

Rich Benoit Buys A Salvaged Tesla Model S, But It's Missing Its Battery
⠀

Rich Rebuilds Discusses Buying A Salvage Tesla While In A Junkyard

So how much money is this car really worth, given just how much its prospective owner would have to do to it to get it back on the road. The front wheels are destroyed, the bumper is smashed and it looks like the car has some suspension damage - the rear left wheel is sitting at an awkward angle. It definitely has some undercarriage damage too because that's listed as the primary damage on the car.

On top of all this, the car’s side curtain and seat airbags were deployed in the crash, so that means new window surround trim pieces, as well as new front and rear seats with the airbag in them are needed. And remember this is a Porsche - nothing is going to come cheap and it’s really questionable whether or not it would be economical to repair this car; it all depends on how much money it's actually going to change hands for.

If we haven’t put you off and you think this is worth your time and money, check out its listing over on Copart; maybe even place a bid if you are rich and you want to rebuild what has to be one of the first (if not the first) totaled Taycans.