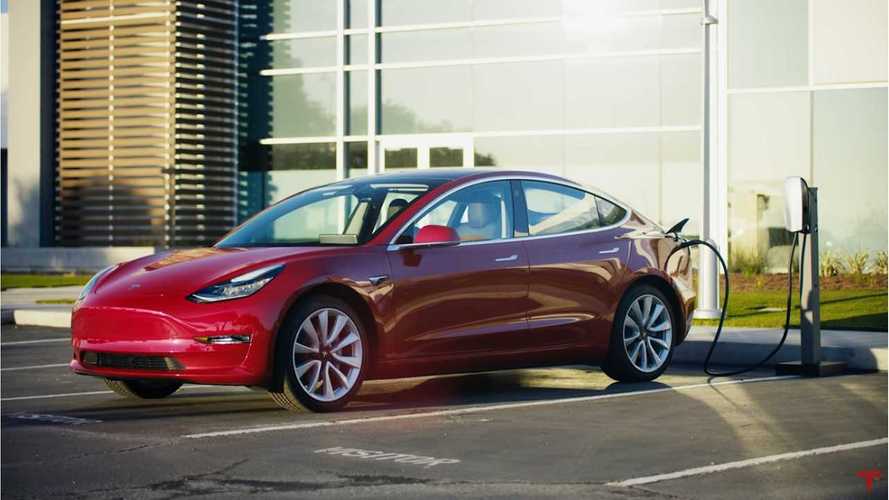 The times, they are a-changin'.

No country on Earth reveres its auto industry more than Germany. Automotive pioneers like Karl Benz, Gottlieb Daimler and Ferdinand Porsche are national heroes. The many iconic autos created by the nation’s automakers, from the glamorous Porsche 911 to the humble VW Beetle and Golf, are objects of as much national pride to Germans as the Space Shuttle, the iPhone and Mickey Mouse are to us.

Above: A Tesla store in Stuttgart, Germany (Flickr: Isengardt)

A wide-ranging and well-researched article in Der Spiegel examines the challenges currently facing German automakers, which represent an indispensable part of the German economy. The country manufactured 5.1 million vehicles in 2018, of which 78% were exported. The auto industry employs some 1.75 million workers - 4% of the nation’s workforce. Automobiles and parts account for 50% of Germany’s exports.

The global auto industry is in the beginning stages of a top-to-bottom transformation that some see as an existential threat. The automobile of the future will be Connected, Autonomous, Shared and, most importantly, Electric (CASE - get it?). Tesla has been the instigator and driver of three of these four technological trends, and all of the world’s legacy automakers have fallen far behind the California trendsetter.

German automakers are likely to be the first to face the coming reckoning, for three reasons: they are under increasing pressure to reduce emissions, both from EU regulations and from individual European cities; their specialty, the luxury sedan segment, is the one that faces direct competition from Tesla, which has been nibbling at their market share for a couple of years now; and finally, the new automotive paradigm is one in which the Germans should - and must - excel. American cars have cowboy mystique, Japanese cars are cheap and reliable, but German cars are high-tech, precision machines. If Germany’s expert engineers can’t master the new technologies, who can?

Unfortunately, the Germans lost two decades in a detour that led to a dead end. While the Japanese developed hybrids, the Germans doubled down on diesels and, when this inevitably failed, resorted to gaming the system and breaking the law in order to maintain the pretense that a century-old technology was the best way to reduce emissions. Volkswagen was at the center of the scandal, but all the German automakers were involved. When the deception was discovered, many (including this journalist) feared that VW would make some apologies, pay some fines, tweak its technology, and go right back to business as usual. To its credit, the company has done no such thing.

With the zeal of the newly converted, the Volkswagen Group has produced a couple of compelling EVs (the Audi e-tron and the Porsche Taycan), and announced plans for dozens more, with the ultimate goal of ending the production of ICE vehicles by 2040.

As Der Spiegel puts it, the dirty diesel scandal “ultimately triggered the modernization push the entire industry needed. Confidence in the industry had been shaken so badly that management and supervisory boards at German car companies were forced to recognize the inevitability of radical change.”

Volkswagen made history in early November, when it converted an entire auto plant in Zwickau, Germany to the “largest and most efficient electric car factory in Europe,” and began serial production of the new ID.3 electric hatchback. Once the facility reaches its full capacity, it will produce some 330,000 vehicles per year.

However, VW is still at the beginning of its electric revolution, and its colleagues in Germany are even further behind the curve (although miles ahead of America’s Big Three, whose approach to electrification still consists mostly of lobbying the government to make it go away).

In 2013, BMW seized leadership in the EV field with the introduction of the i3, a highly innovative car that looked like it might be the first viable mass-market EV. However, as Der Spiegel reports, the i3 was a financial flop, partly because the high-tech materials that made it so cool, such as carbon fiber, were too expensive. Rather than continuing its electric innovation, BMW management got nervous, put its EVs on the back burner, and quickly lost the early lead it had gained. BMW now says it won’t launch a new generation of EVs until 2021, and, as Der Spiegel tells us, new CEO Oliver Zipse has signaled that the company will continue on its “hesitant course” in regards to electrification.

Mercedes-Benz has not been idle - the company has established a divisional board for CASE. One member of that board, Sajjad Khan, spoke to Der Spiegel with what its writers described as missionary zeal. “We have to change fundamentally - as individuals, as departments, as a company, as a country. If we don’t, we’re going to be facing tough times ahead.” Khan told Der Spiegel that his role model is Konrad Adenauer, the country’s first postwar chancellor. “We need to rebuild the mentality that made the economic miracle [in postwar Germany] possible.”

Mercedes began production of its EQC electric SUV in May, and says it will offer some 20 plug-in model variants by 2020.

Meanwhile, the fire that’s making the Germans jump is burning brighter than ever in California. At the entrance to the Fremont factory, the company’s mission statement greets all who enter: “Accelerate the world’s transition to sustainable energy.” As Der Spiegel explains, Tesla “gives its customers and employees the feeling they are a part of a greater cause, and those who are unprepared to go along with it may find themselves having to get out of the way. Musk’s declared goal is to eliminate all diesel and gasoline engines - and, implicitly, all the automakers who fail to recognize the signs of the times.”

The Germans were alerted to the existential threat from Tesla when they commissioned a teardown of Model 3 and discovered that the Silicon Valley startup was years ahead of them in several areas, from batteries to power electronics to network connections. Tesla’s recent surprise announcement of a healthy profit, along with its relentless ramp-up in China, reminded everyone that the pressure won’t be letting up.

Any possibility that the Germans might still try to brush off the Tesla challenge were vaporized by Elon Musk’s surprise announcement that the next Gigafactory will be located near Berlin. With Tesla racing on their home track, European automakers will be forced to compete, cooperate or (hopefully) both. As the Detroit News put it, Elon Musk is “sending a stark message to some of the world’s most prestigious automakers that he’s headed for their home turf.”

However, there’s another automotive megatrend that can’t be ignored - China. The auto industry’s center of gravity is steadily migrating to the Middle Kingdom, and this presents existential challenges to global legacy automakers on several fronts.

China has an increasing amount of influence over global auto brands’ decisions - the majority of the new EVs that have been announced in recent months will debut in the Chinese market. Volkswagen has enjoyed strong sales of legacy vehicles in China, but when it comes to EVs, the German brands are lagging far behind local automakers and Tesla.

The challenge is by no means confined to the demand side. It’s an open secret that China hopes to use electrification as a tool to gain control of the global auto industry, or at least a seat at the top table. While German (and US) automakers dither about electrification, the EV supply chain, along with top engineering talent, gradually migrates to China. China owns a big chunk of the EV battery supply chain - BYD and CATL are among the world’s largest battery producers, and are getting bigger - Der Spiegel tells us their planned capacity is three times that of all other producers combined. China has a huge lead in the production of electric buses - the vast majority of the 400,000 e-buses on the world’s roads came from Chinese producers such as BYD and Yutong (US startup Proterra and Volvo are aspiring players in the space).

Worst of all from the Germans’ perspective, at least one Chinese automaker has established a foothold in Europe. Geely, China’s largest private automaker, acquired Volvo in 2010, and the London Taxi Company (maker of the iconic Black Cabs) in 2013. Both companies are aggressively electrifying. In 2018, Geely bought a 10 percent stake in Daimler, and the companies are new cooperating in a joint venture that will begin producing electric smarts at a new factory in China in 2022.

Geely has established a research facility near the Frankfurt airport, and is reportedly luring engineers and other experts from European automakers and suppliers. Der Spiegel reports that “Geely opted to set up the office near Frankfurt because China still has a great deal of respect for German engineering and they are eager to learn. Such sentiments are music to German ears, but the question is for how long such humility on the part of the Chinese will continue.”

The hero of the hour is Volkswagen Group CEO Herbert Diess, who has overseen his company’s transformation into the most forward-looking of the legacy automakers. Under his leadership, VW has committed to invest 30 billion euros in e-mobility. However, he understands that even his giant company can’t change the world alone. At a ceremony at the Zwickau plant to celebrate the beginning of ID.3 production, Diess called for a price on carbon, and pledged to reduce VW’s fleet carbon emissions to zero by 2050 (he also affirmed the superiority of batteries to hydrogen fuel cells).

German policymakers are beginning to come on board as well. German Chancellor Angela Merkel also spoke at the Zwickau event, and the next day her government finalized an agreement with German automakers to increase cash incentives for EV purchases by 50 percent, to as much as 6,000 euros ($6,680) per vehicle.