TeslaCam Captures Accident During Lane Change Between Truck And Sedan

Would a blind spot monitor have prevented it?

Some people complain about the multiple electronic nannies that cars present today. They claim to be on the top of their driving game and that these types of equipment prevent them from having full control. When most of them have it, what we see is that they could have had more help to avoid silly crashes like this one in the video above. 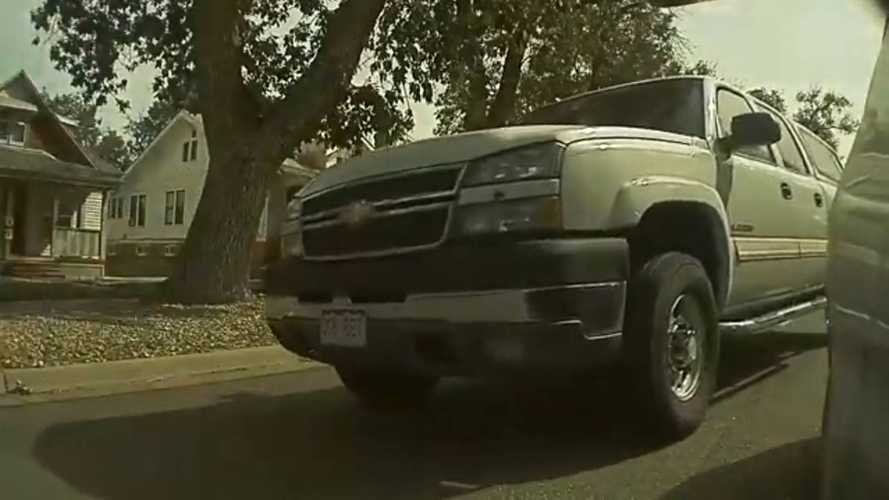 Ryan Kaylor said he was on his way to grab lunch when his Tesla filmed this crash. A Chevy Silverado with a covered bed decides to go to the right and does not notice that a black Volkswagen Jetta is right beside it.

Considering the way the pickup truck hit the sedan, you can say the Chevy driver was either very distracted. Check how it keeps on pushing the Volkswagen sideways after it hits it. A person in full control would have braked immediately. Another possibility is that the pickup driver does not have good reflexes.

Would a blind spot monitor have prevented the crash? Considering the time the Chevy driver took to react, that is very unlikely, but perhaps the Jetta would be less damaged. It seems that all the left side of the Volkswagen sedan was affected.

The first hit was on the front fender. As the Jetta kept on moving, the front of the Silverado scratched it all the way to the back.

Why didn’t the Jetta driver also braked as soon as the pickup truck started to enter the right lane? Was he distracted? Worse still, wasn’t he willing to let the truck driver pass? We can see the Chevy had its turn signals on, and pointing to the right.

If this case goes to a court, the judge will have a hard time determining who is to blame. The preference is typically with the ones that are already on the lane, so we would bet the driver on the Chevy Silverado will probably have to pay for getting the Jetta fixed. What do you think? Use the comments below to tell us what you think about this.