Volta Charging announced the closing of a $20 million follow-on to their Series C funding round, bringing the total Series C capital raise to $100 million.

Together with a previous $44 million credit facility in August, the company raised $64 million in new funding to expand its AC Level 2 free charging network, which utilizes advertising as a revenue source.

"Volta welcomes Schneider Electric Ventures and SK E&S Co. Ltd. as they join Energize Ventures along with a number of existing partners in the follow-on Series C round. That is on top of the leading growth funds, EIP and CION coming in with a $44 million credit facility in August."

We assume that with such a pile of cash, the number of charging points might now increase by an order of magnitude, from more than 700 points today (about half in California) to thousands. 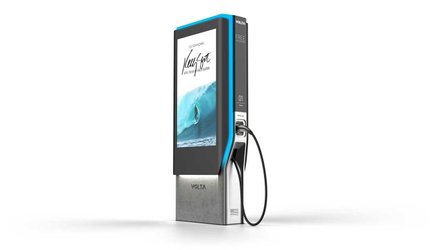 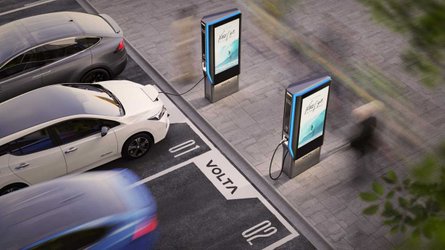 Volta Charging says that in 2018, revenues tripled as there is high interest in advertiser-sponsored charging stations:

"Over the last year Volta has seen their revenue triple due to a spike in demand from real estate partners seeking turnkey charging services and a jump in sponsorship revenue driven by Volta’s premium out-of-home network. The capital will be used to accelerate the growth of the company’s network of free, advertiser- sponsored charging stations by expanding within established metropolitan areas, as well as by entering into new markets.

Volta models charging demand to identify locations where charging is most needed by the electric vehicle driving community, such as select grocery stores, entertainment venues and shopping centers. This has driven Volta stations to be, overall, among the most used in the industry. Volta delivers more electric miles per dollar of capital invested than any other electric charging network in the US."

“As the electric vehicle industry continues to grow, Volta is well-positioned to build out an economically viable charging network needed to facilitate the shift from gas to electric. We continue to rapidly scale our business to meet the growing demands of drivers, real estate partners and sponsors. This capital injection will accelerate our mission of mainstreaming electric vehicles.”

“We’re happy to lead this opportunistic follow-on investment alongside EIP and CION’s debt facility to accelerate the continued expansion of the business. Volta is a pioneer in advancing the electric vehicle market and we are excited to help catalyze the company’s growth. Our follow-on investment is a testament to our confidence in Volta’s business model and ability to scale their network, as well as our appreciation for their work in delivering more than 45 million free electric miles to EV drivers to date.”