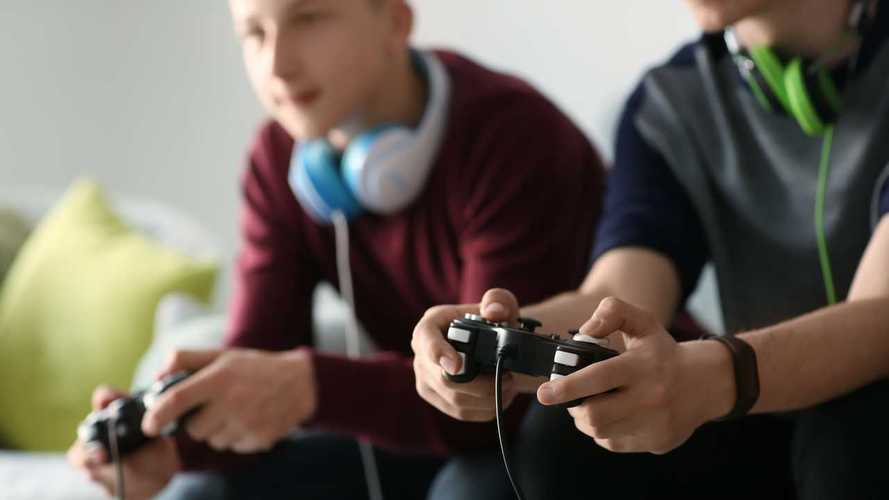 Video games were at least part of the reason Elon Musk got interested in tech.

Have you got a kid who wants to play video games 24/7, and doesn’t seem interested in anything else? Don’t despair just yet. This obsession might not be as unhealthy as you think – in fact, it might just lead to a career in coding, or even to a position at Tesla.

Above: Elon Musk has been a long-time fan of video games (Image: Vamers)

Elon Musk is a famous aficionado of video games. He scored his first entrepreneurial coup at the age of 12, when he created a space game, Blastar, and sold it for $500 to a computer magazine. He’s obviously nostalgic for the era of cheesy arcade games such as Asteroids and Missile Command, which Tesla drivers can now play on their vehicles’ display screens (while parked, of course).

Elderly curmudgeons may assume that Musk’s success came despite his interest in video games, but at the recent Electronic Entertainment Expo (E3) video game convention in Los Angeles, he made it clear that the opposite is the case, as Elizabeth Gravier reports on CNBC.

Young techies hoping for a job at Tesla will find that, far from disqualifying them for a serious job, an interest in video games (preferably designing them, not just playing them) may have helped them to learn valuable skills.

“If we’re interviewing somebody for a software engineering role at Tesla or SpaceX, many times we’ll [ask], ‘How’d you start programming?’” says Musk. “I think many of the best software engineers in the world are at, or spent much of their career at, video game houses.”

Traditionally, game designers have had to learn to do more with less, a skill that comes in handy for designing EVs. “If people had to try to create incredibly realistic graphics using very little computer power, it’s a hard problem, so a lot of people had to write really tight code and come up with really clever ideas to do that,” said Musk.

As Gravier reports, Musk also drew parallels between the enhanced graphics in video games and the visual simulations of the real world that self-driving cars must generate. He pointed out that Tesla’s Autopilot engineers have to figure out how to create photorealistic representations of mundane things like skid marks on roads, concrete curves and faded street lines.

So, if you or someone you love has a passion for video games, don’t fight it. Follow your dreams, as Musk did.  “My experience is, if you’re trying to figure out what others love, but you don’t love it, it’s really hard to make that great,” Musk told the geeks at E3. “When you work on something, if you fall in love with it, that’s a good sign – and then don’t worry about if others do. If you do, others will.”