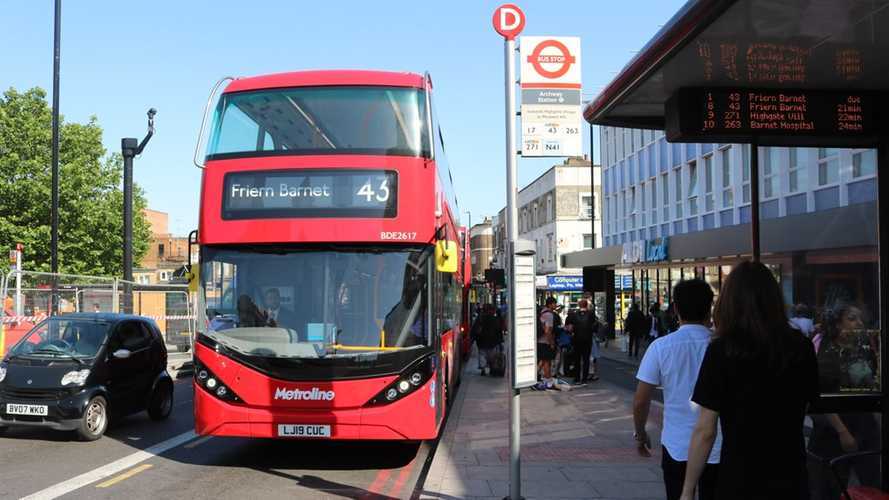 One year ago Metroline ordered a total of 37 buses to serve the intensive Route 43 running nine miles through the heart of the City of London: from London Bridge in the south, to Friern Barnet in the north.

The first five BYD ADL Enviro400EV already entered regular duty. With a 382 kWh battery, the buses can go some 160 miles (257 km) on a single charge. That's quite good for such a large vehicle.

As in the case of other joint projects, BYD ADL buses are built by ADL using BYD Iron-Phosphate batteries and electric drivetrains. The components are first assembled into a powered chassis built in Europe at BYD’s plant in Komarom, Hungary.

"The new Enviro400EV is built in Britain at ADL’s facility in Scarborough, Yorkshire, using BYD components assembled into a powered chassis built in Europe at BYD’s plant in Komarom, Hungary."

It Appears Electric Bus Maker Proterra Is Preparing For An IPO

“The launch of the new electric buses on route 43 is a triumph for both Metroline and for London. Providing a new challenge for Metroline’s engineering teams, we worked closely with engineers at ADL and BYD to develop these new buses. As a result, they are perfectly designed to deliver Londoners to their destinations, whilst helping to keep London’s air cleaner with zero-emissions.”

“Since it began in 2015, the collaboration with BYD has gone from strength to strength – our best-selling Enviro200EV single deck buses hit a landmark 2 million miles of zero emissions service earlier this year and we are delighted to see the relationship evolve with the first pure electric double decks now on the streets of London. We’re confident the Enviro400EV can emulate the success of its single deck equivalent, delivering cleaner air, less noise pollution and extreme passenger comfort for all.”

“We are thrilled to be able to present the first BYD ADL double deck bus for London at the start of what we believe will be a continuation of our highly successful partnership with Metroline and TfL,”