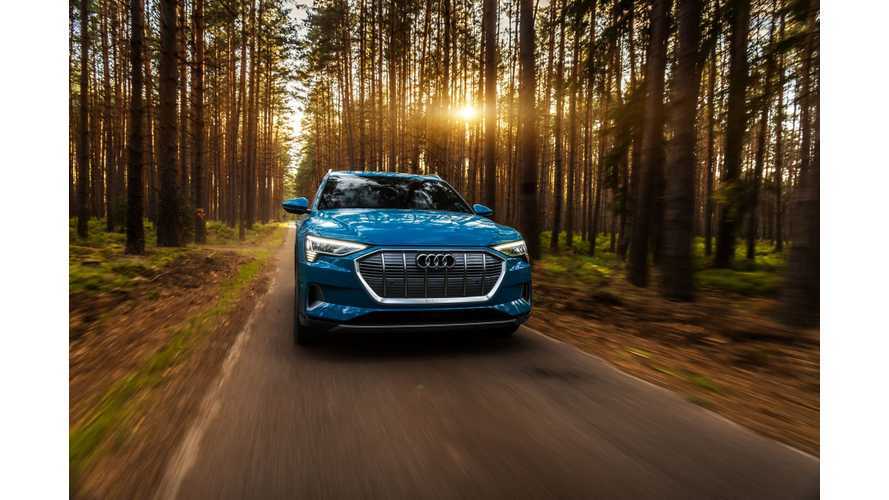 Worrying news comes from Audi's Brussels plant where - according to unofficial sources - production of Audi e-tron is slowing down because of a lithium-ion battery cell shortage.

Audi isn't receiving enough cells from LG Chem, and, according to the article, a separate issue is that LG is "pushing up prices", making use of its dominant position (previously we heard that LG Chem isn't too happy about VW's plan to set up battery gigafactories with other suppliers).

As a result, the plant is running just 6 hours a day (instead of at least 8), and reportedly soon it will worsen to four days instead of five.

Audi E-Tron Gets New Incentives Ahead Of U.S. Deliveries

Another roadblock for Audi is a strike at the company plant in Györ in Hungary, which affects supplies of electric motors for the e-tron.

It seems that despite its four-digit sales result in March, Audi will not be able to quickly deliver over 20,000 reserved cars. Waiting times extend now beyond 6 months.

Brussels Times says that the 2019 production forecast was decreased by 10,000 to 45,242, but the number seems strangely too precise.

The second version of the e-tron, the Audi e-tron Sportback, which was expected to be introduced in late 2019, is now reportedly postponed to 2020.

The e-tron Sportback uses the same platform, batteries and motors as the e-tron and will be produced on the same production line. Without having secured supplies of batteries, there is no sense in launching the car.

"While Audi does not officially comment, internal sources say battery deliveries are not going as planned. According to the same sources, the manufacturer is postponing the next electric car from Audi, the e-tron Sportback production to 2020."

If Audi notes such big problems with the e-tron, we can just imagine how big stressful it must be at VW's HQ where the I.D. family is scheduled to sell at many orders of magnitude higher. Battery shortages can threaten a smooth launch.