BYD brings even more electric cars to the market.

On March 21, Chinese automaker BYD officially launched the all-new "e" product series, which will be operated parallel with the "Dynasty" series.

There are three sedan models and two SUV models under the "e" series to be rolled out in 2019. Besides, the automaker will start to accept orders of the BYD e1, the first model for the new series, on April 1. 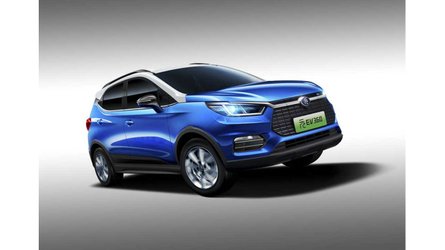 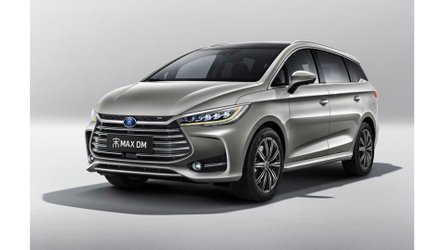 As Gasgoo reported before, the BYD e1 measures 3,465mm long, 1,618mm wide and 1,500mm tall with a wheelbase spanning 2,340mm and is powered by a permanent magnet motor that produces 61hp (45kW) and a Ni-Co lithium manganate battery pack.

Products under the newly-launched series are developed on the "e-platform", a BEV platform unveiled by BYD at Auto China 2018. The "e-platform" can be elucidated as a series of numbers "33111", where two "3"s refer to the integration of three powertrain parts (electric motor, electronic control unit and decelerator) and the "three-in-one" high-voltage charging system involving OEC, DC and PDU.

The "111" stands for a motherboard, a panel and a battery. To be specific, the first "1" is a PCB board integrating dozen of control modules such as car lamps, air conditioners and smart keys, etc. The second "1" represents a large-sized car-borne smart rotatable screen outfitted with the DiLink intelligent system, and the last "1" refers to a long-range stable-performance power battery module.

According to BYD's planning, the "e" series is positioned as a provider of smart BEVs, focusing on quality, cost performance and new intelligent mobility life, and the "Dynasty" matrix, designed to be a forward-looking leader for the BEV era, more highlights technology guidance, car performance and experience.