The Reality About Chinese Electric Cars Could Surprise You 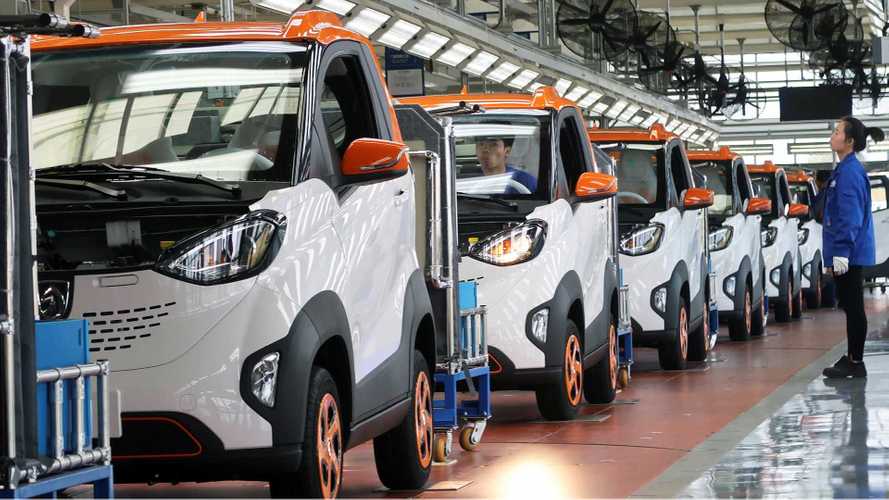 Ninety-percent of EV companies will fail in the next few years. And it’s a good thing.

China is the world’s biggest market for electric cars. As the Chinese government continues to push for more EVS, its influence on the global vehicle market can’t be overstated. And yet, we as Americans have very little understanding of how the Chinese EV market works.

More about EVs in China

To help fill in the big missing gaps, I spoke last week with Feng An, executive director of the Innovation Center for Energy and Transportation. The think tank, based in Los Angeles and Beijing, was founded by An more than a dozen years ago. Prior to forming ICET, he worked as a physicist for Argonne National Lab. An earned a Ph.D. in applied physics from the University of Michigan in 1992. Here are a few of the insights he shared.

China sold about 1.25 million electric vehicles last year. There’s a lottery system to significantly restrict sales of internal-combustion vehicles in China, but EVs can be readily purchased by Chinese buyers.

Don’t expect to see a lot of LEAFs, BMW i3s, and Teslas buzzing around the streets of major Chinese cities. An explained that the vast majority of historic Chinese EV sales were low-quality, low-speed EVs produced by small, unknown, indigenous Chinese automakers in second- or third-tier cities. “Most of them have been micro-EVs,” An said. (He later clarified that by the end of 2018, the share EVs represented by microcars had dropped to about 37 percent.) Between one-third to two-thirds of the cost of those subcompact EVs are covered by the government.

But things are about to change. For China to meet its upcoming EV goals, foreign brands will need to start selling EVs in the country. An said the target in actual sales numbers (not the oft-quoted system of credits) is about five percent by 2020. “China has to open the door to the multinationals,” said An.

An said that there are currently approximately 400 EV start-ups operating in China. The majority of those companies are small shops, assemblers, and firms making commercial electric vehicles. But because it’s incredibly easy for EV start-ups to get major government support, there’s a mad rush to try to compete against the big domestics and the foreign automakers about to enter the Chinese market.

The gold rush is on. “Every city hopes to create jobs. There are 40 new EV makers in the last year or so, and each one can get a billion dollars,” said An. “That’s even if the companies and the funders don’t believe they will be successful in the long run.” He explained that most of the start-ups want to quickly flip the companies to a new investor – before China’s economy slows down.

An believes that the result is a huge overcapacity of EV manufacturing. “Ninety percent of those companies will go bankrupt in the next five years or so, if not sooner,” he told me.

So when you hear about Chinese Internet entrepreneurs and venture capitalists starting EV companies, realize that the money really comes from the Chinese government. “If you trace the venture money, it all comes from the government side,” said An. He explained that many regional governments raise money by selling land. The proceeds are invested in emerging technologies like EVs, but there is almost no concern for getting a return on investment.

The 400 or so current EV companies will get winnowed down to perhaps a dozen in the next few years, according to An.

For China, the investment is like a massive government-sponsored jobs and training program. (It’s not unlike Nevada granting more than a billion dollars in tax credits to Tesla to build the Gigafactory. The goal is to stimulate local employment in new technology.)

“From a pure economic sense, it seems like a waste of money,” he said. “But you have to invest that money somewhere. So you train a new generation of engineers.” An said that many Chinese EV companies might die, but their engineers will move on.

“I think it’s good for EVs,” he said. Just like previous oversized Chinese investments in solar panels and wind turbines, the market for electric vehicles and EV batteries will benefit. “I know that a lot of money got wasted, but it created scale. A lot of companies will go bust, but the Chinese government is doing this for the benefit of the entire civilization and human society,” he said. “It will bring down the cost of EVs and batteries.”

In the Long Run, Chinese EVs Will Become a Commodity

The cost will eventually come down so far that EVs could become cheap commodities like solar panels are today. “If you look at the future, 10 or 20 years, making an EV will offer a very low margin. Nobody will make money by making EVs. You'll make money by providing mobility services.” He’s referring to services like ride-hailing, car-sharing, and delivery.

The combined trends of readily available capital and the shift to mobility services helps explain a Chinese EV company like Nio, which contracts out manufacturing, places more importance on the user experience than the car itself. Nio is focused almost exclusively on the Chinese market.

Don’t Fear Chinese EVs Invading the US. It’s the Other Way Around.

Feng An believes that safety and quality concerns will keep Chinese EVs from entering global markets. “Chinese don’t make the same quality of batteries like Japanese and Korean, but they are so much cheaper,” he said. Quality will come much later. First comes a rapid ramp-up of scale, as well as big reductions in cost.

None of this threatens the American or European car markets. Instead, Chinese domestic automakers should be worried about competition from the likes of BMW, Ford, and GM.

“If you are a consumer in Beijing or Shanghai, and you have the choice to buy a car made by Beijing Automobile Works or JAC Motors compared to Ford, Volkswagen or Tesla, which one are you going to buy?” An said that well before Chinese automakers can consider selling cars in the United States, they have to become competitive in China. “They first have to survive in their home turf,” he said.