The International Council on Clean Transportation (ICCT) in one of its latest reports tried to quantify the EV charging infrastructure gap across U.S. markets from what was deployed through 2017 to what's needed by 2025.

The general assumption is that in 2025 there will be 3 million plug-in electric cars.

As it turns out, 88 out of the 100 most populous U.S. metropolitan areas had less than half of the total needed charging infrastructure in place (based on expected electric vehicle growth).

"Based on the expected growth across the 100 most populous U.S. metropolitan areas, we estimate the amount of charging of various types that will be needed to power these vehicles. Our evaluation of charging needs is based on best available observed data on the growing electric vehicle market, charging availability, and emerging charging behavior patterns." 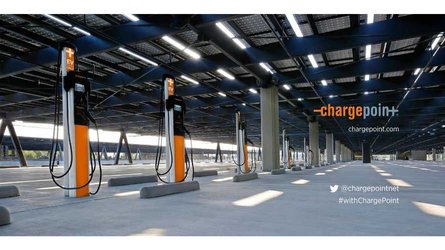 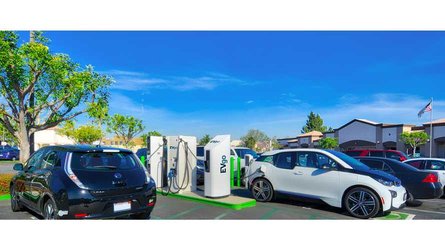 Four Charging Networks Control Over 60% Of Charging Points In U.S. 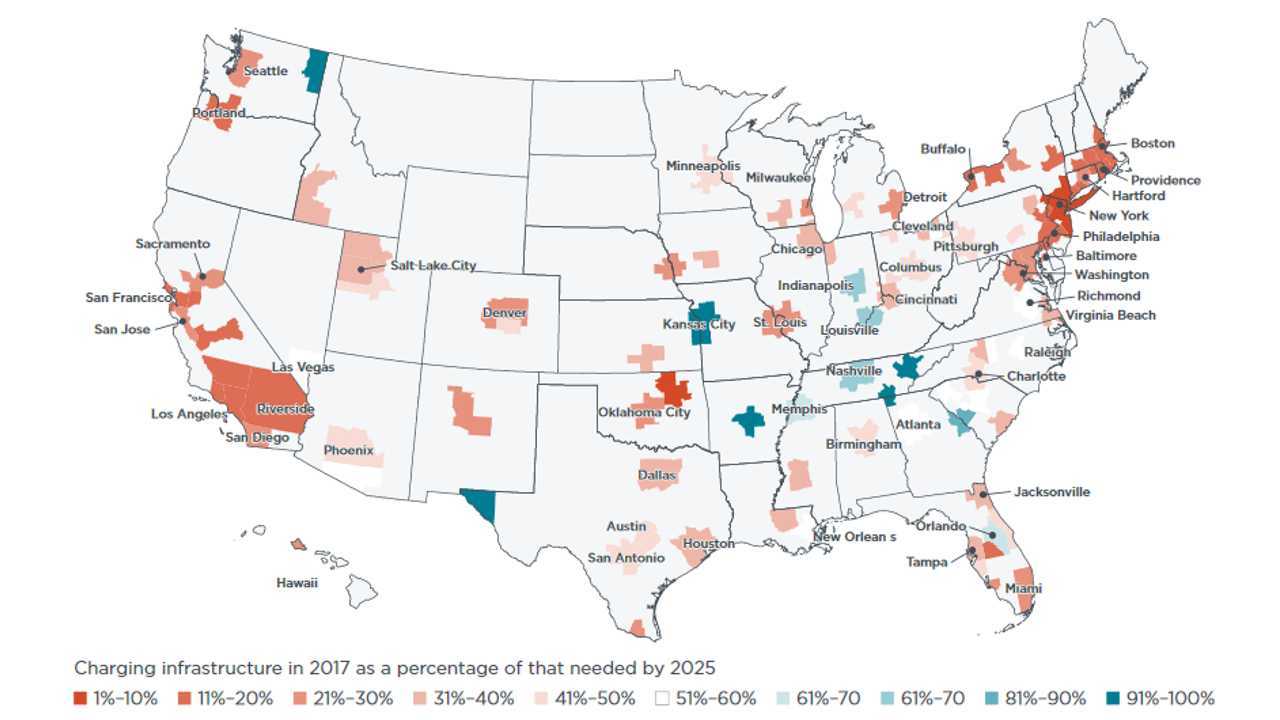 Much more charging infrastructure is needed to sustain the transition to electric vehicles. Across major U.S. markets through 2017, about one-fourth of the workplace and public chargers needed by 2025 are in place. Charging infrastructure deployment will have to grow at about 20% per year to meet the 2025 targets identified in this report. The largest charging gaps are in markets where electric vehicle uptake will grow most rapidly, including in many California cities, Boston, New York, Portland, Denver, and Washington, D.C.

Planned infrastructure deployment activities are promising, but uneven. There are many government and industry developments underway to deploy the necessary charging infrastructure, and electric utilities are especially positioned to support this infrastructure deployment. In California and other Zero Emission Vehicle markets, announced measures and planned installations are slated to fill the charging gaps, but such utility and government efforts are largely absent in much of the country. Cities, states, automakers, and utilities with electric vehicle growth ambitions can learn from these leading markets to fill the charging gaps. Our analysis provides motivation for more policy and more industry investment to expand charging infrastructure in nearly every major U.S. metropolitan area.

Increased charger utilization brings infrastructure investment opportunities. Across U.S. markets where the most charging is needed by 2025, automaker commitments to deploy electric vehicles and the Zero Emission Vehicle regulation virtually assure increasing electric vehicle uptake. In addition, market expansion, economies of scale, and improved charging technologies will promote higher utilization of chargers. The number of electric vehicles supported by each charger is anticipated to increase by 35% for public Level 2 and 65% for fast chargers by 2025. This analysis suggests that automakers, utilities, and charging providers in many U.S. cities could make low-risk, high-utilization investments to meet the needs of expected electric vehicle deployments.