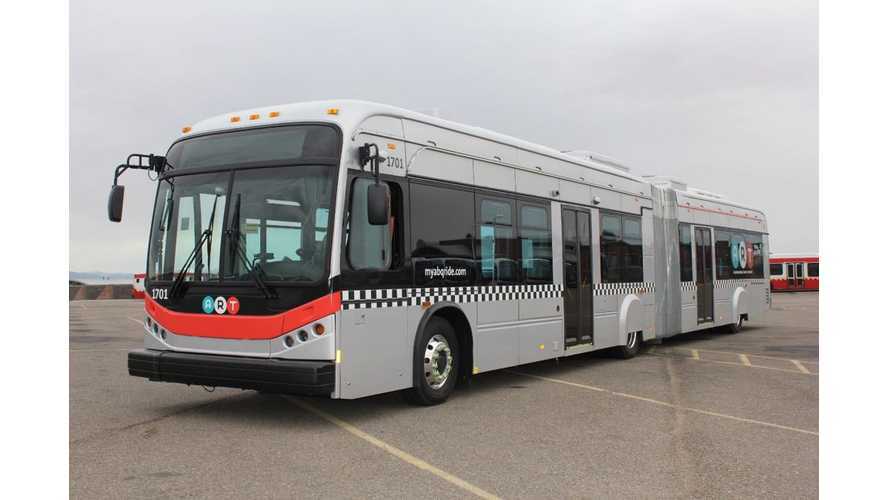 The City of Albuquerque, New Mexico wasn't satisfied with the 60-foot all-electric buses received from BYD and it seems that the deal will end up in court.

Mayor Tim Keller lists tons of problems with BYD buses, ordered for by the Albuquerque Rapid Transit project. According to the article, so far 15 buses were delivered (out of 20 ordered) with a significant delay.

The biggest problem was range - just about 177 miles instead of the expected 275 miles. The city says that batteries were overheating in the summer, the charging infrastructure wasn't installed and even brakes were found not working in one case. Together with other issues, it all sounds miserable:

"Last month, Keller announced a hold on the project pending inspection of the buses, citing brake failures and other equipment malfunctions discovered during driver training and testing.

“When we started running the buses on test runs, we found major problems with the battery range, the brakes and some electrical issues,” Keller said. “They seem to be things that were already on the ‘to be fixed list,’ but they started getting worse.”"

"ABQ Ride mechanics discovered last month that the center and rear brakes on buses had zero air pressure, yet the vehicles still were able to move, relying on front brakes alone.

Other problems include: the lack of undercarriage protection, buses that wouldn’t stop when emergency doors were utilized, cracking on bus exteriors, mirrors not set up correctly, wiring problems, and of great concern – the electric handicap chair lock becomes unsecure when the driver turns on the air conditioner."

It Seems Some BYD Buses Have Quality Issues, Can't Recharge

The city plans to reject and return all the electric buses.

Because no other manufacturer was willing to produce 60-foot buses to Albuquerque's specification, the city will try to order 10 conventional buses, but the time it takes to get those is another 18 months.

"“No one will make an electric bus to our specifications because they say it’s not possible,” Keller said. “No other company will do it. There’s no option for electric. We’ll go with a version of clean diesel or gas, then we’ll look to phase in electric once the technology catches up.”"

We are not in a position to judge whether BYD really does not meet the requirements, so let's wait and see how those 60-footers work for other agencies.