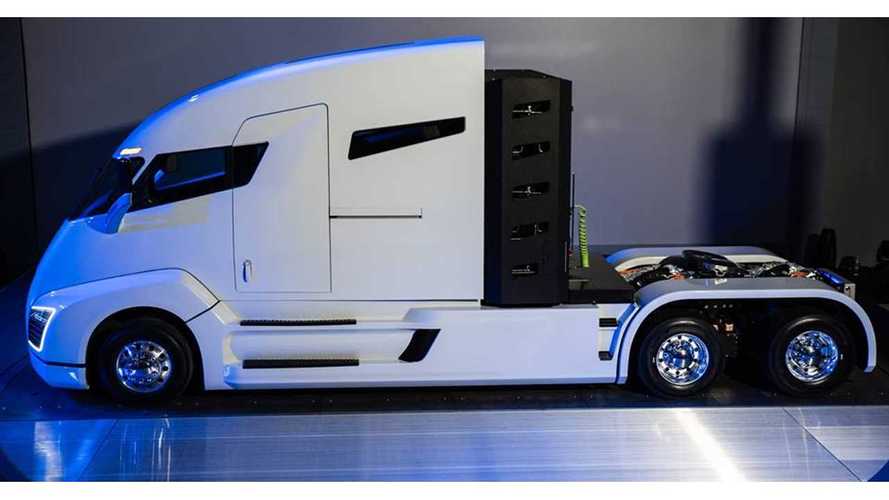 Now faced with some serious zero emission competition from Tesla's 500 mile all-electric Semi arriving in 2019, the Nikola Motor Company has began the installation of its hydrogen station infrastructure for its upcoming fuel cell trucks, set to arrive in 2020.

Two of the initial 16 mega-stations are about to begin construction, the units will initially serve as demonstration stations, and to serve the company's prototype trucks for testing.

Nikola Motor states that the network will be the largest in the world.

The first 16 stations will span over 2,000 miles, which is just more than a 100 mile separation on average.

The company admitted that tweaked its plans a little bit, and decided to install smaller stations, but with more of them around the major routes.  When the truck was unveiled a year ago, the company promised 364 refueling stations would ultimately be built, with 50 in service by the time the truck launches in 2020.

The stations will initially be producing 1 ton of hydrogen a day, but future mega-stations once in service able produce 8,000 kg of hydrogen a day, which is enough for 100-160 refuels at an anticipated truck consumption of 50-75 kg a day. On-site production through electrolysis is to be performed using wind, solar and hydro-electricity as much as possible.

“We are excited to announce our partnership with Nikola for a joint endeavor to develop mega-scale hydrogen fueling stations based on our new cluster design...

Our initial two demo stations will provide one ton of hydrogen to Nikola Motor’s prototype trucks and serve as design verification for Nel’s mega-scale concept. This solution will be jointly developed and scaled into the world’s most efficient network of low-cost hydrogen production and fueling sites,” said Jon André Løkke, Chief Executive Officer of Nel.

A statement from Nel ASA gives further details about the station once it moves past the demo stage:

The initial part of the partnership includes building two demo-stations for hydrogen fueling, which will serve the Nikola test fleet that will begin rolling out next year. For the following mega-stations, Nel will incorporate its clustering concept, where eight Nel A-485 electrolysers are integrated into one unit, to achieve lower CapEx levels.

These mega-stations are also able to be upgraded to 32,000 kg as needed, with 4,000 kg of backup storage for redundancy.  Nel ASA says Nikola has "an initial target to build 16 of the mega-scale hydrogen stations between 2019-2021".

“Nikola Motor Company is leading the way for hydrogen in the world. Nikola has issued Nel a purchase order for the first two stations, based on Nel’s alkaline electrolysers and H2Station technology. Our teams have decided to double our initial station number to 16 by reducing the size of the stations and create more hydrogen lanes.”

“We have thousands of trucks that have been reserved and need to be delivered. The stations are the first step to completing that process. Nel has delivered over 3,500 hydrogen solutions in over 80 countries since 1927. We are confident they can deliver.”

Each station is anticipated to have the following specifications:

In a recent Tweet, Nikola Motor also responded to the Tesla Semi unveiling by doing some...math. The better-than-expected Tesla truck (500 miles range vs estimate of up to 250 miles) will now certainly compete with the Nikola One/Nikola Two hydrogen fuel cell truck, which probably isn't great news for Nikola.