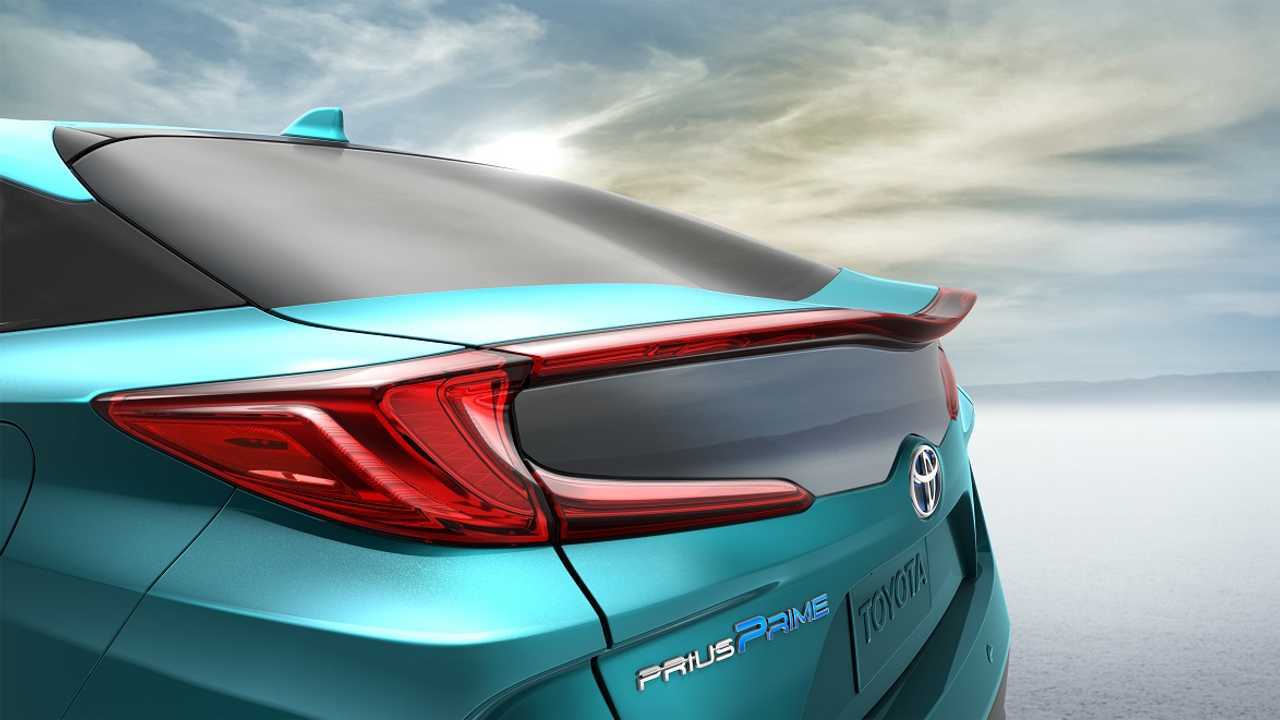 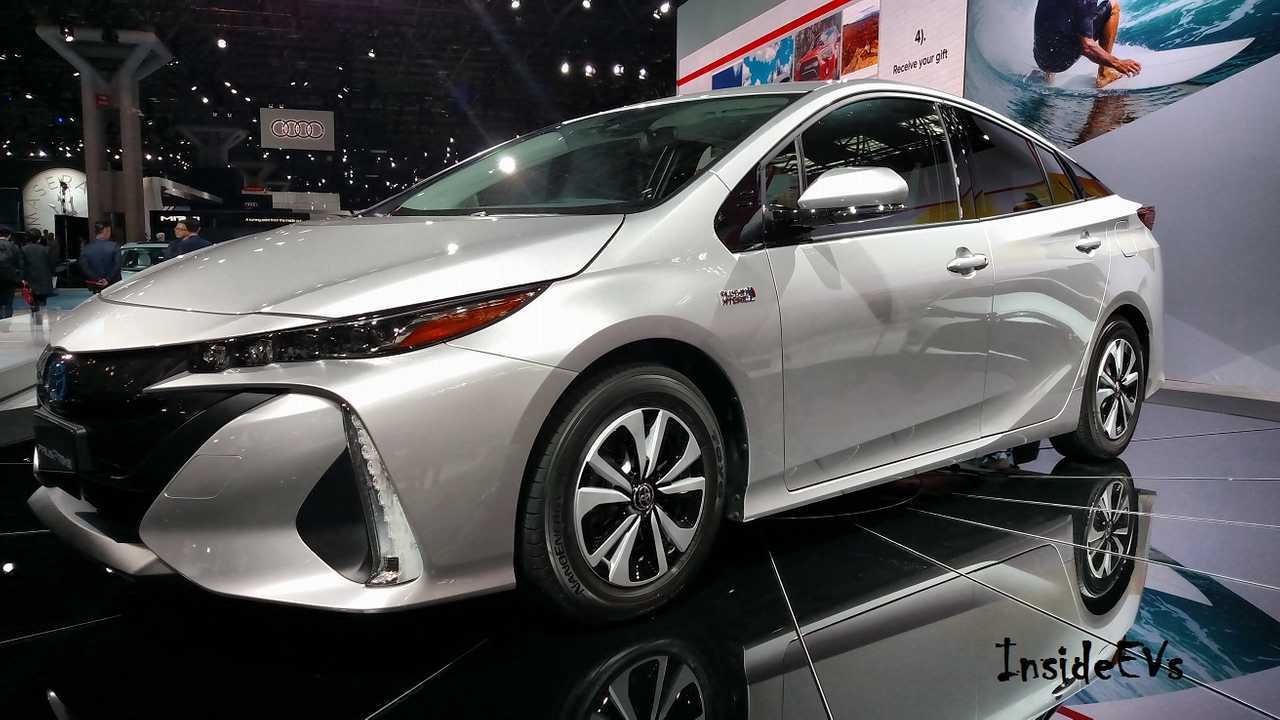 And while not a lot of specifics were given, a few of the main talking points were disclosed; specifically a 22 mile range, and a ~120 combined MPGe score.

The model will come in a couple trim options, likely starting from around ~$30,000, but as to the specific packages, options, and incidental specs...not so much additional information was given at launch.

Via Toyota Japan, we now have your hook-up!

Here are a few options of note for the new Prius PHV (it doesn't get the fancy "Prime" sub-name domestically), some of which will be available worldwide.  We also uncovered some other 'first looks' and interesting tidbits about the new Prius Prime plug-in. 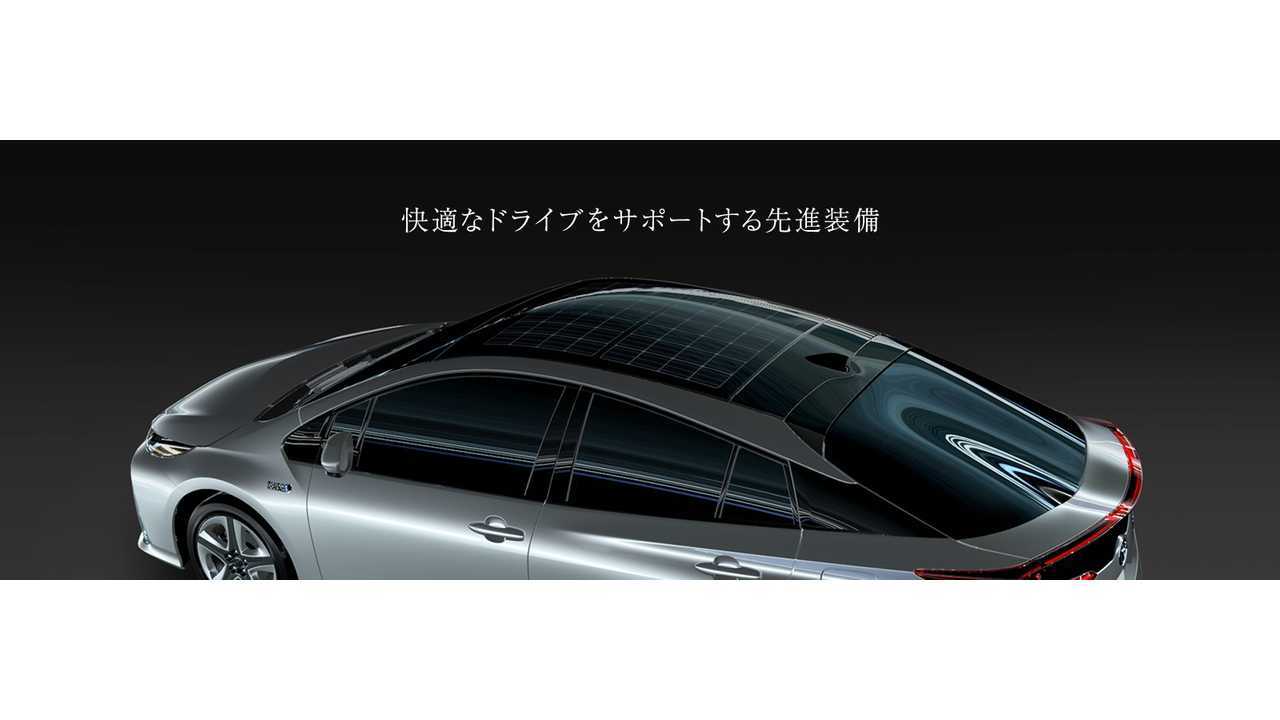 No longer limited to just the Fisker Karma, and the token system found on the Nissan LEAF SL (for 12V charging only), the 2017 Prius Prime adds a full solar roof option, to charge both the 12V and drive battery (8.8 kWh).

"With large solar panels mounted on the vehicle roof (solar roof), you can supply power to the driving battery and 12V battery system.   When parking charges the drive battery, consumption of the drive battery is reduced, and it will contribute to the improvement of the EV mileage and fuel consumption in motion (when the sun is out).

In case of a power outage at a charging station, if there is no parking or an outage, (the solar roof) enables charging of the drive battery if there is sunlight. "

There are no specs specific yet to the unit that we have been able to uncover, but given conventional efficiency to square footage ratios, we assume a power output rating of something no more than around 150W seems reasonable.   Of which on a "decent" solar day, mounted as it is (flat plane/horizontal position), could net upwards of 600 Wh - good for a couple extra miles of range each day.  This option rolls out in Japan in the Fall, possibly worldwide shortly thereafter in 2017 (US tech package details have yet been released). 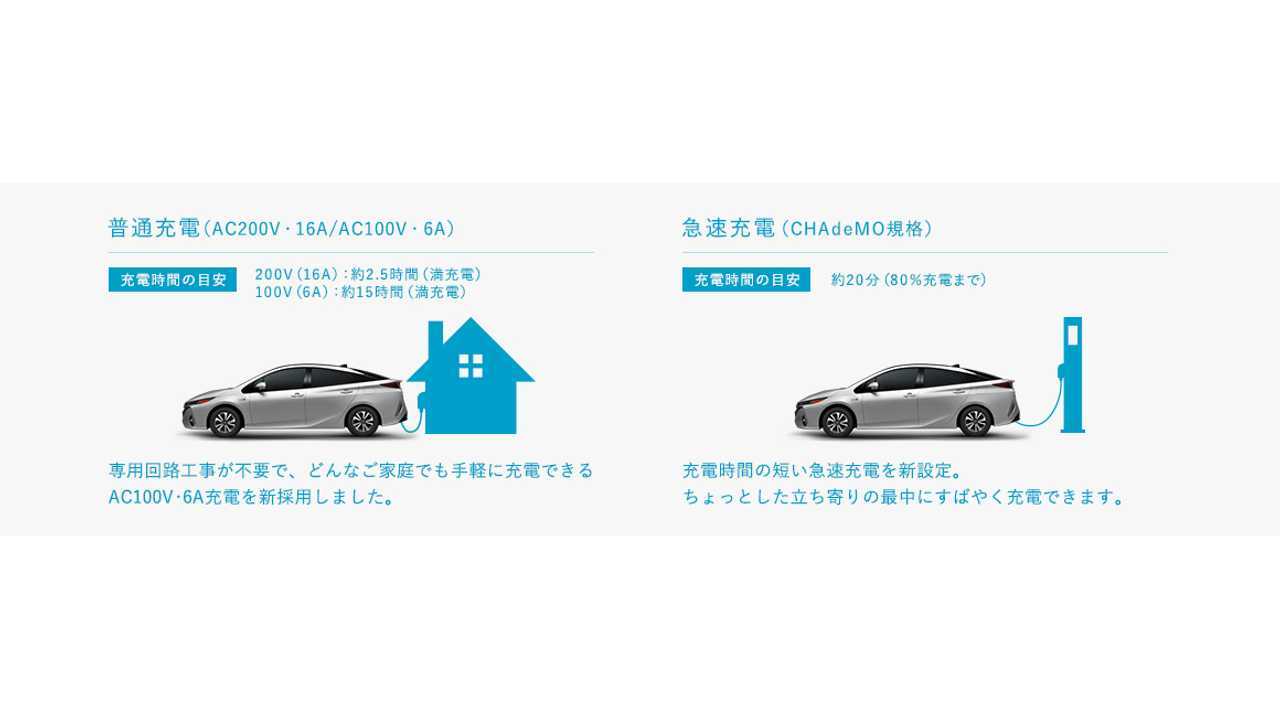 Hey Great, It Has A CHAdeMO Outlet...Oh Wait, Not For You Rest Of World 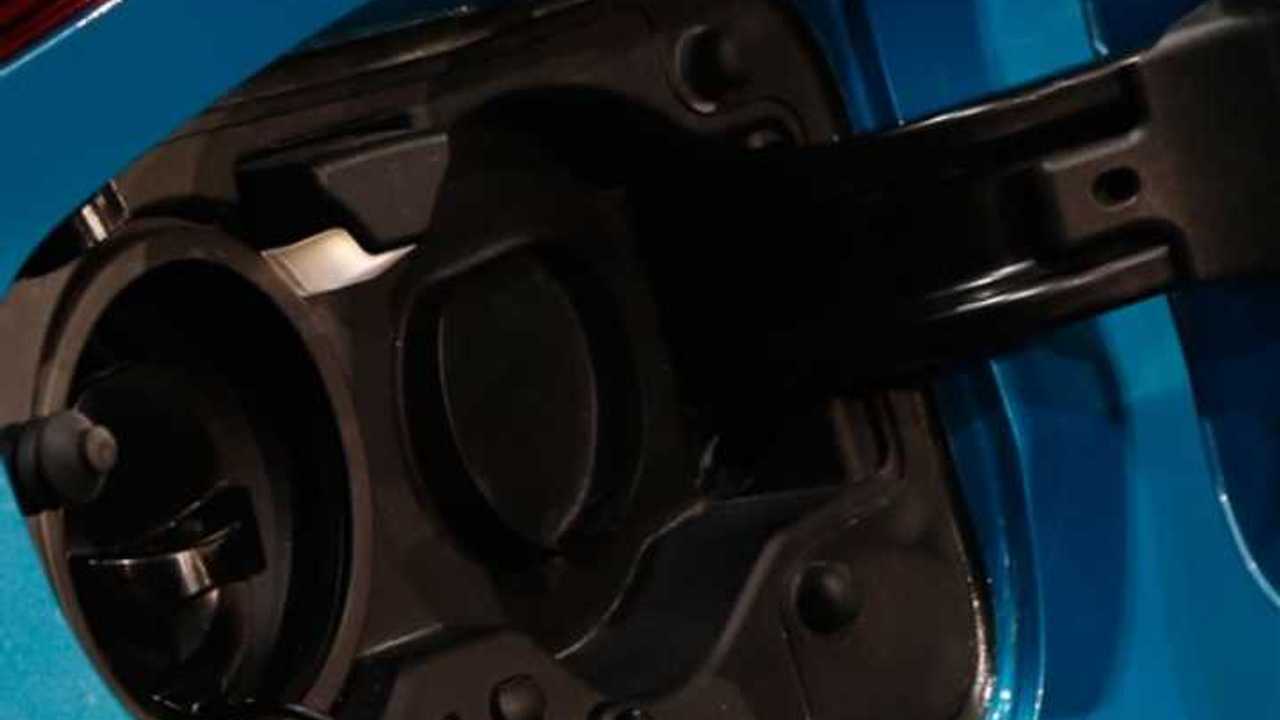 Not In Japan? Enjoy This Dummy Side Slot To Park Your L2 Cap When Charging

Despite just a 8.8 kWh battery, Toyota has made available three charging options:  L1, L2 and DC fast charging -  that is if you live in Japan, where an optional CHAdeMO outlet enables the Prius Prime to get a 80% charging just 20 minutes.

For the US, a 3.3 kW onboard charger does the L2 duties (in 2 hours and 20 minutes), and finds a home in the rear center seating area, thanks to the non-5th seat which was deleted from the Prime to avoid the need for heavy structural additions that would have threatened overall efficiency.

Toyota notes that at this time only the Japanese market is intended for this option. 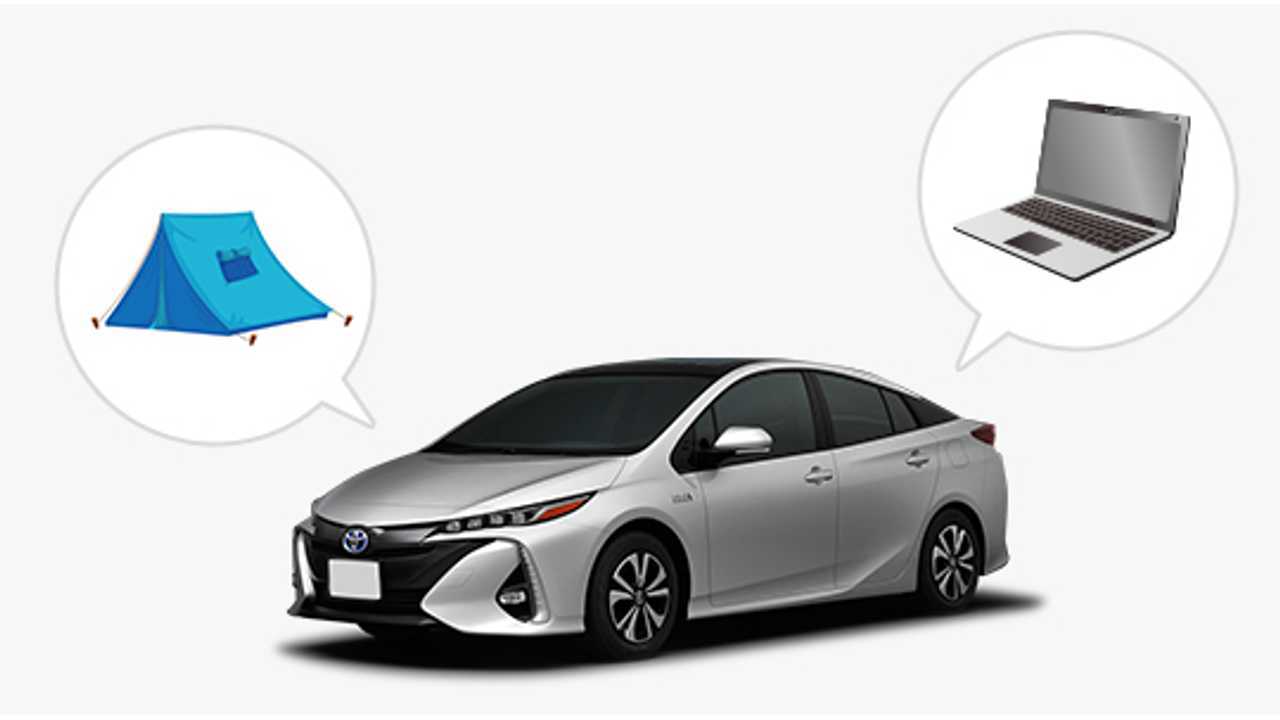 Now Your Can Fearlessly Camp And Use Your Laptop

What can you say about this?  It has one...actually two* - an internal and a optional extender adapter (in Japan) for emergency use/outdoor activities, etc.  It is rated at ~1,500 watts. 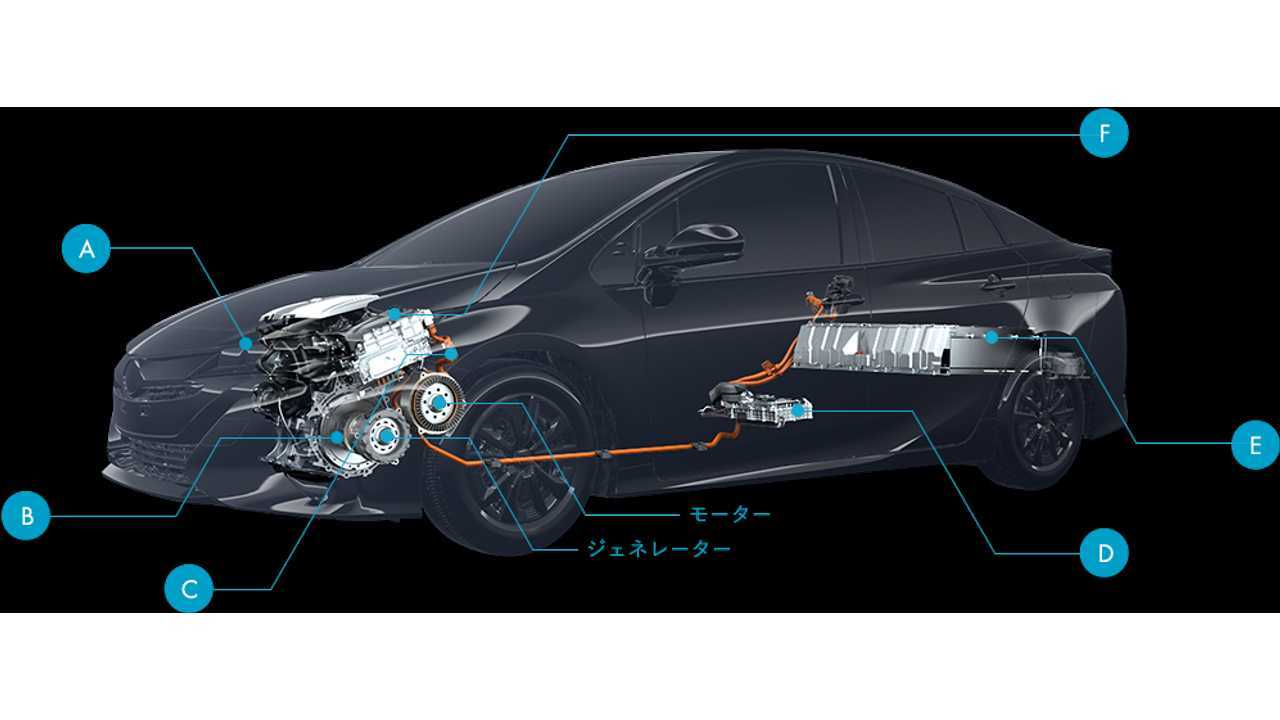 Everyone knows conventional heating systems can suck the range out of your drive battery in no time flat when it is cold, especially if your car is a Prius Prime and only has 8.8kWh worth of battery capacity.

As a solution to maximize the battery and range, Toyota has equipped the Prius Prime with an energy conserving heat pump and the "world's first" gas-injection function.

"Use of heating (in an EV) is accompanied by large power consumption, it so will lead to a reduction of the EV travel distance. The new Prius (Prime) PHV has adopted a good heat pump type of heating function with air conditioning efficiency,  as equipped with an electric inverter compressor with the world's first gas-injection function.  While warming in the car or in the air conditioning, it is possible to enjoy a longer, quieter running of EV travel without operating the engine. "

We hope to have all the US and Euro specs soon-ish, but until then here is some of bits of random interest in gallery form: 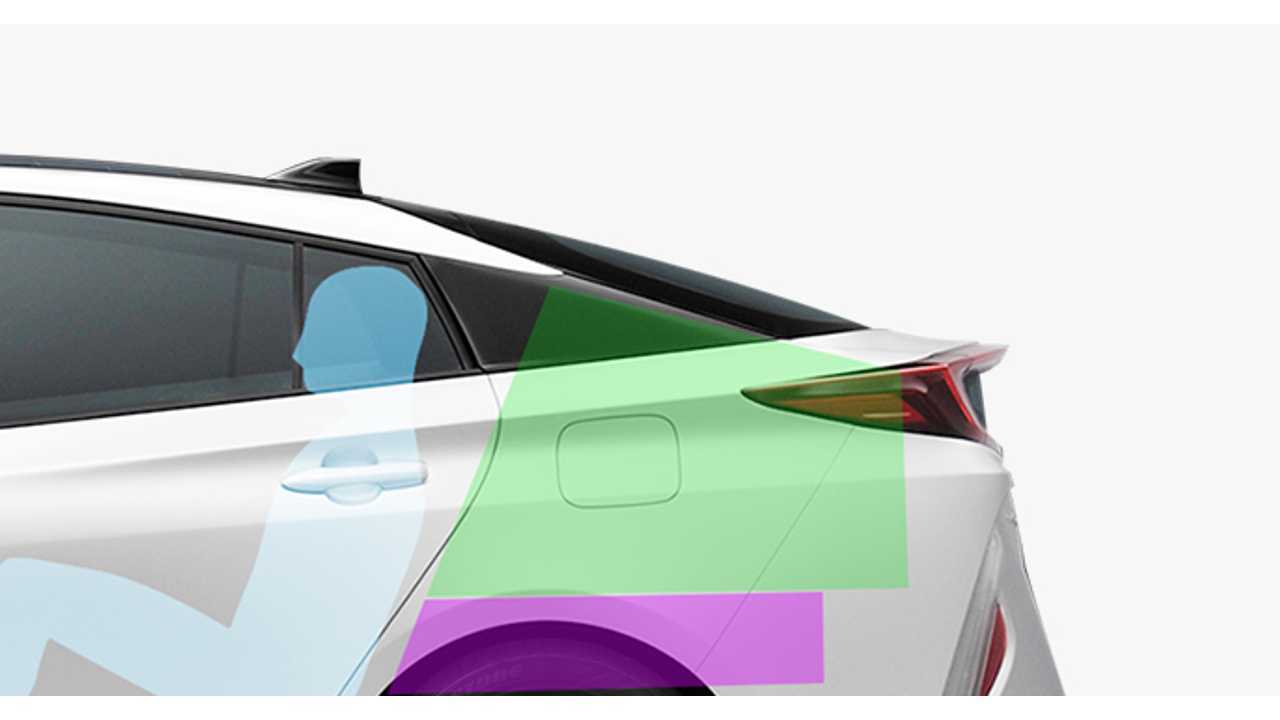 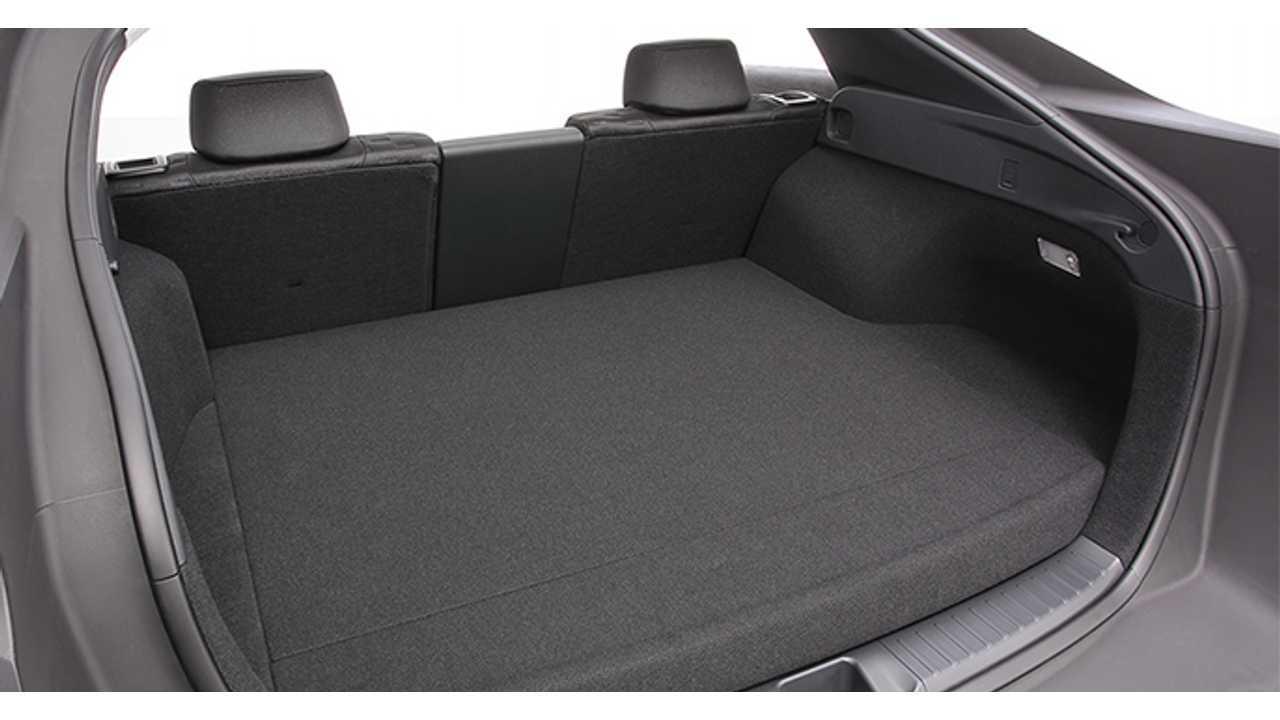 A "Real World" Look At How That Translates To Rear Cargo With 8.8 kWh Battery Tucked Away 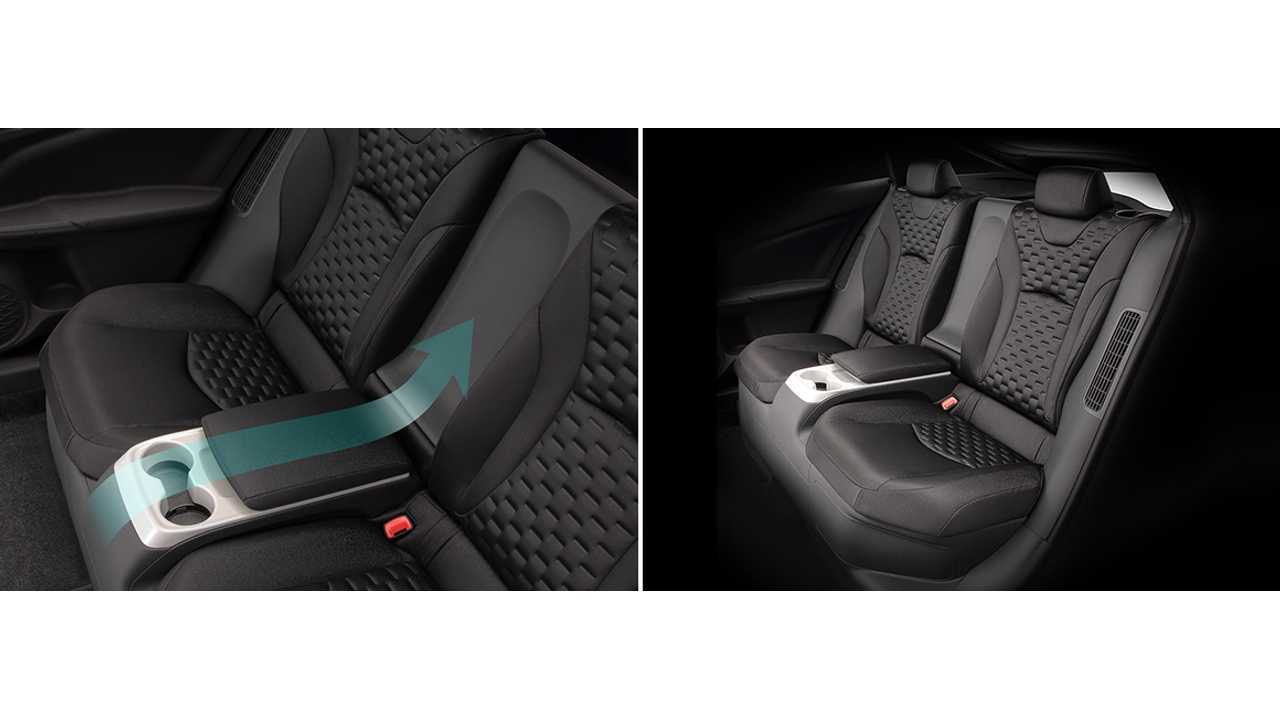 And finally, just because Japanese range ratings always make us smile.  Here is a Toyota Japan graphic comparing the ranges of the 1st and second generation Prius PHV. 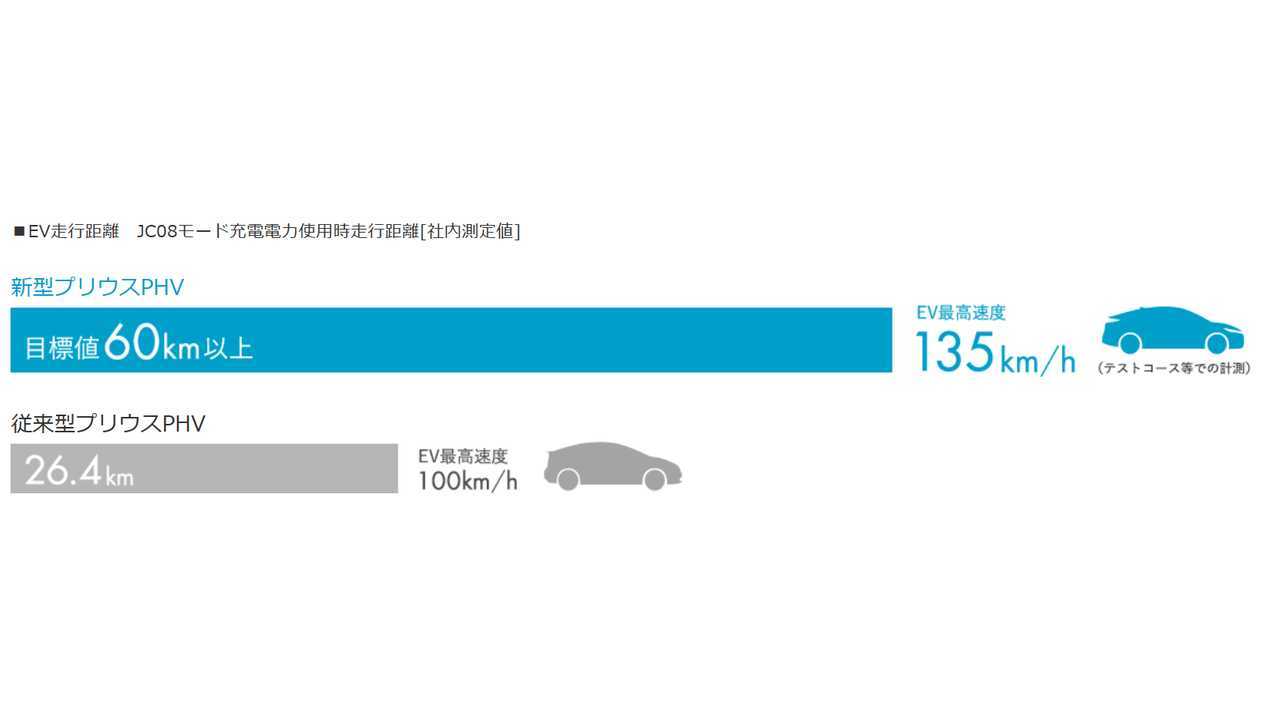 Some specs on the 2017 Toyota Prius PHV/Prime Vs The Standard Prius Hybrid and Older Prius PHV Model from Japan: 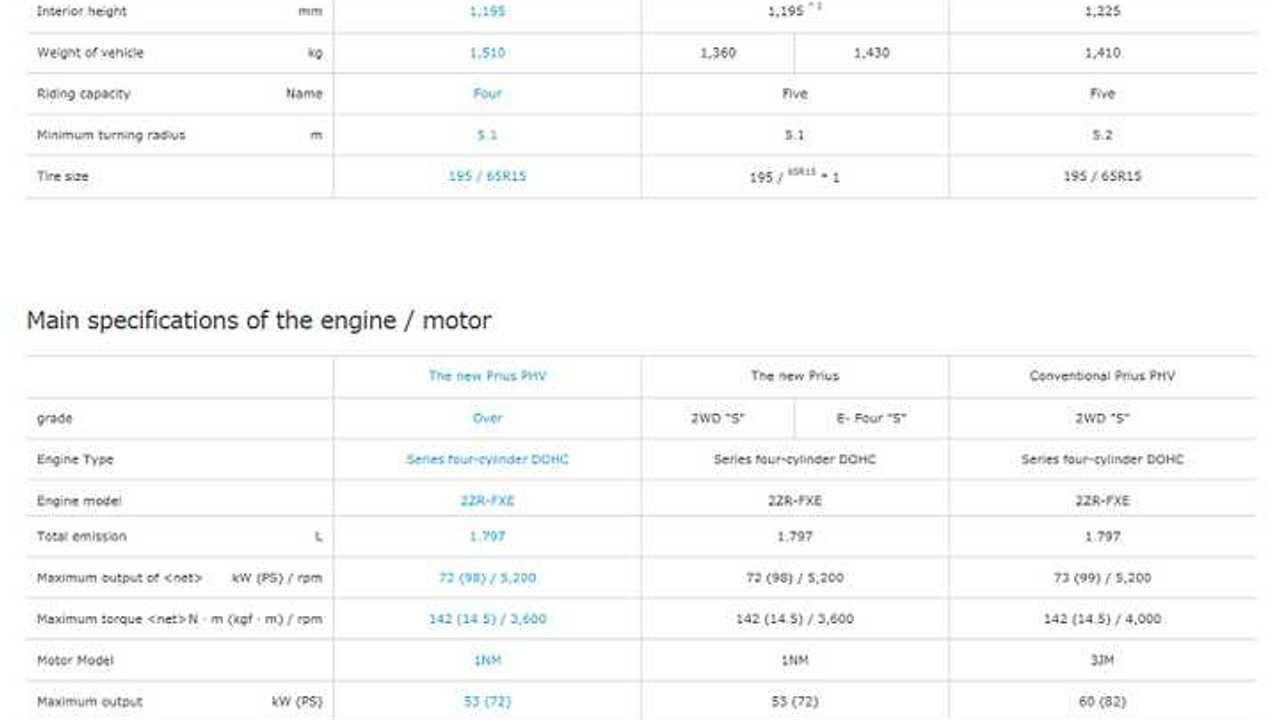