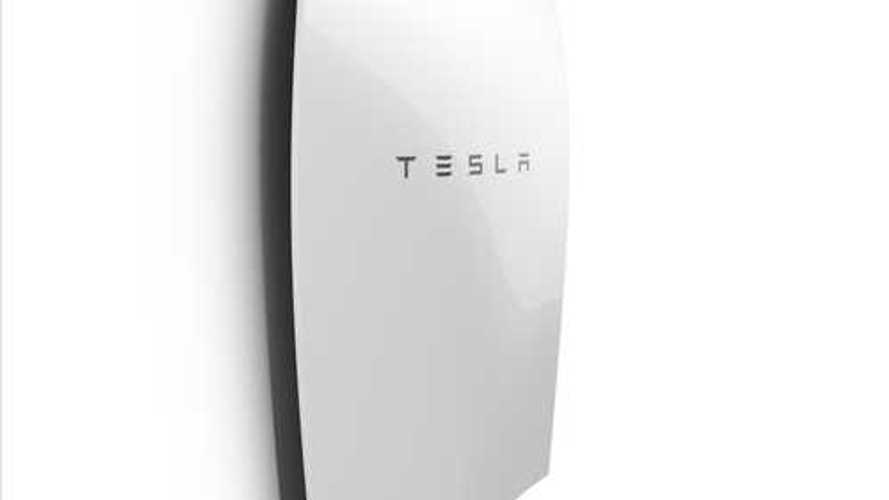 We'll get to the math below soon, but allow me a couple of rambling paragraphs as prelude.

Did it make sense in 1983 to pay $10,000 in today's dollar (adjusted for inflation) for the first commercially available cell phone, the DynaTAC 8000, that had a talk time of 30 minutes, took 10 hours to charge and worked in less than 1% of the United States?

Did this make logical sense when you could during the same timeframe, walk into a Sears, buy a corded telephone for $19 that worked all over the world and that cost much less per minute to use?

History answers that question for us with a world changing YES, going from one cellphone in 1983 to over 7 billion cellphones in 2015. What was once so expensive and so exclusive, is now in the hands of everyone, by the way with battery energy storage that keeps on improving.

So too I am sure, one day in the not so distant future, battery energy storage will be the hands of everyone for their home and their cars. Remember this cellphone example when I do the math below.

Did Tesla invent battery energy storage?  No. Did Starbucks invent coffee? No.

Inventor Of Coffee? No...

Love them or not, Starbucks “reinvented” coffee and convinced us it was ok to pay $2.00-$5.00 for a cup of coffee…everywhere…several times a day.

If you have been following our 12 month journey “The drive to Net Zero Energy” you’ll know that our family lives in a home and drives two BMW i3’s with zero energy bills and zero gasoline cost all powered by Solar PV.

Let's take look at our energy use and generation for last year. A year that ended with a $~450 energy credit to us.

If the premise is that you can take energy from the sun during day light hours and then store it to use during non daylight hours, the Tesla Powerwall is a huge money loser for most Solar PV users at the moment, due to "Net Energy Metering" agreements (NEM) and Time of Use (TOU) rates.

California and many other other states have NEM agreements and TOU rates for solar PV system owners.  In fairness to Elon Musk, he pointed that out in his presentation with his comments about how in the near term, emergency back up is the best utilization of the Powerwall.

The NEM agreement, simply allows you to sell excess electric energy generation to the utilities generated during the day or longer summer months at the same price that you buy the energy from the utility at night or shorter winter months.   At the end of the year, if generation equals use, the bill is essentially zero. The NEM agreements last for at least 20 years.

TOU rates are two to three times higher during the peak hours (see chart above as we generate more during peak period) than they are during off peak hours.  Most of the large cities in California will have peak rates averaging $0.35 per kwh average of summer and winter rates, off peak $0.22 cents and super off peak $0.15 cents.  Essentially it's a 2-1 sale by using energy at night.

In our example, being grid tied to the utility, the result is no utility bill or gasoline cost.   Many argue both pro and con that other utility users are subsidizing solar PV customers, but I'll leave that for another day. Let's just say if I went off grid those same folks would say that utility users have to pay more since I'm not paying to be tied to the grid that comes to my home.  Sometimes you just can't win.

If I used a Tesla Powerwall to go "off-grid"  I would not get the financial arbitrage benefit of getting paid for excess generation during peak hours thus instead of an annual credit, I would have no utility bill but a large new expense for the Powerwall.

How much of an expense to go off grid?

I would estimate that our home and our two cars use an average of about 30kwh a day.   Roughly 10kwh for the 2 cars and 20kwh for the home.  Most off grid folks recommend 4 times the use to cover winter storms and the lower sunlight months of winter.

BMW i3 Power By Solar

Assuming a high cycle life of 5000 partial cycles or about 12 years, I would need two of these systems during the 25 years of the Solar PV panels lifetime.  Again assuming a reduction in cost of half, 12 years from now and minimal installation expense as it's a swap out, the second system will cost me $20,000.

That's $60,000 for 25 years which equals $2400 per year for an off grid setup.   Grid tied I have a $~450 annual credit. So the math does not add up, but remember that first $3,500 cell phone and today's 7 billion cell phones as a strong lesson here.  Do you think the first cellphone purchasers cared about the economics of the cellular phone call?

So it begins with battery energy storage and the Powerwall.  Not yet a convincing financial equation for most homeowners with Solar PV, but a technology that is sure to to usher in the future.

As a solar PV homeowner and a multiple electric car driver, energy storage is the missing piece and I'm very excited to see Tesla and the Powerwall tackle this issue.  Energy storage will be a great enabler of renewable energy and our transition to electric zero emission transportation and cleaner air for our cities.

Today for the Powerwall,  last mile installations far away from power-lines,  new infrastructure projects without the needs for power-lines and utility scale energy storage make the most sense.

In the near term, "rate shaving" as high TOU rates creep into the darkness hours of early evening and we use the battery to cover that small time frame of dusk hours will begin to make sense.   In the long term it will make sense for all of us as prices fall and the technology advances.

There are other bright spots in addition to battery energy storage as well.  Our cars can each hold 20 kwh - 85kwh  of energy and vehicle to grid applications are developing to use that energy for the home or the grid.  New solar PV inverters come with a separate 15 amp, 1500 watt circuit that can deliver 7 to 10 kwh of electricity when the grid goes down each sunny day.  This is similar in quantity of electricity to the Powerwall.

In closing...when you use that cell phone of yours  to make your next call...remember how it got here and where it came from.

First communications, and now energy and transportation,  all three can be thought of as "internets" and they're all going to work together in the future to solve some of our worlds most vexing problems.