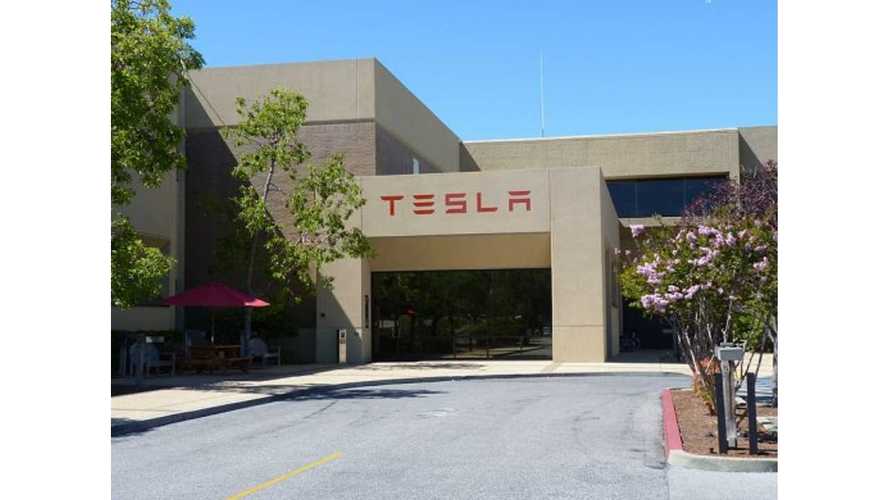 In a statement released earlier today, Tesla Motors said it had repaid their $465 million dollar DoE loan in full, and with interest to US taxpayers, thanks to a recent stock offering that raised almost a billion dollars for the company.

(Updated) And according to our own math on the terms of that loan, that interest works out to be a cool extra $12 million + another $14 million or so in bonus/exit payments  to US taxpayers as a reward for a good investment.

Things Did Not Go Quite As Well For Fisker, As Its Founder Found Himself Testifying Before Congress On What Went Wrong

By paying off the loan, Tesla says it is the "the only American car company to have fully repaid the government," perhaps comparing itself in opposition of the recent high profile failure of Fisker Automotive, as well as other major automakers that are still running a balance on their loans.

The most notable other recipients of DoE loans are Ford and Nissan.

Elon Musk, Tesla’s Chief Executive Officer and cofounder said “I would like to thank the Department of Energy and the members of Congress and their staffs that worked hard to create the ATVM program, and particularly the American taxpayer from whom these funds originate.  I hope we did you proud.”

“When you’re talking about cutting-edge clean energy technologies, not every investment will succeed -- but today’s repayment is the latest indication that the Energy Department’s portfolio of more than 30 loans is delivering big results for the American economy while costing far less than anticipated.

“More than 90 percent of loan loss reserve Congress established remains intact, while losses to date represent about 2 percent of the overall $34 billion portfolio.  The other 98 percent of the portfolio includes 19 new clean energy power plants that are adding enough solar, wind and geothermal capacity to power a million homes and displace 7 million metric tons of carbon dioxide every year – roughly equal to taking a million cars off the road.

“The Department first offered loans to Tesla and other auto manufacturers in June 2009, when car companies couldn’t get other financing and many people questioned whether the industry would survive.  Today, Tesla employs more than 3,000 American workers and is living proof of the power of American innovation.  This is another important contribution to what the Obama Administration has done to preserve and promote America’s auto industry.

“Finally, this announcement is also good news for the future of America’s growing electric vehicle industry.  While the market has taken longer than predicted to get going, sales of electric vehicles in the U.S. tripled last year and are continuing to increase rapidly in 2013.  Tesla and other U.S. manufacturers are in a strong position to compete for this growing global market.”

Elsewhere in the sour grapes section of Washington,  US Rep. Jim Jordan, (R) from Ohio, who also held a hearing last month on Fisker's loan (which didn't turn out so well) said:

"When they're picking all these losers, it's nice for them to have one where they can point to."

Ford Is Taking More Of A "Long Term" Approach To Repayment

As for the two other major automakers that make up the bulk of the ATVM loans:

Tesla/Elon Musk statement can be found here, and some data via Bloomberg
++Share