The Audi E-Tron may be closely related to the Porsche Taycan, but is it similarly good and fun to drive?

Those who liked the Porsche Taycan but wanted something a bit more comfortable and geared towards grand touring now have the option to buy an Audi E-Tron GT. It is, as you’ve probably heard hundreds of times by now if you’re into EVs, built on the exact same chassis architecture, but if you’ve watched comparative reviews, then you also know it actually feels quite different.

But does this different feeling on the move make it less of a driver’s car? Well, AutoTrader’s Rory Reid wanted to find out by taking the E-Tron GT to one of his favorite driving roads, in Scotland. The E-Tron GT he drove wasn’t the regular model, but the newly released hot RS model with 590 horsepower (or 637 horsepower for a few seconds of overboost) and 830 Nm (612 pound-feet) of torque.

That’s enough to send the E-Tron GT RS to sixty in 3.1 seconds and on to the same limited top speed of 250 km/h (155 mph). Predictably, Rory finds the RS very good to drive, even on challenging, twisty roads in the Scottish Highlands and concludes that it is a proper companion for just such a road and a spirited drive.

These thrills don’t come cheap, though, as the E-Tron GT RS kicks off at $139,900 in the United States. For reference, the less extreme non-RS E-Tron GT is $99,900 before you start adding options, although if you can afford it, the more powerful RS is an even bigger thrill. Surprisingly, though, while there is a wagon version of the Porsche Taycan, Audi has yet to make an Avant version of the E-Tron, even though it would certainly make sense. 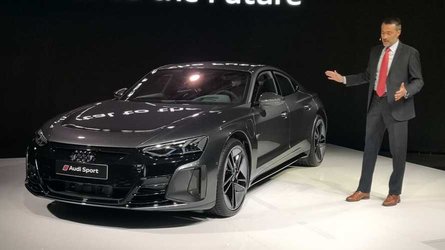 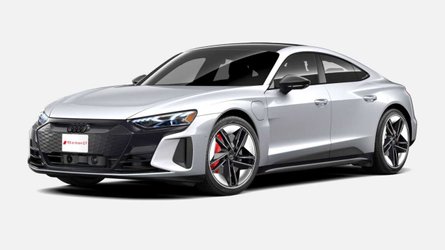