The one-of-a-kind roadster will be auctioned to support the “The Ocean Cleanup" project.

BMW has a wide range of lineup that ranges from small highly-capable cars to huge highly-capable SUVs. One of its cars that's raved globally is the i8 and the i8 Roadster. As a plug-in hybrid vehicle, it isn't reminiscent of the brand's range but still, it has its distinct design that's definitely BMW. 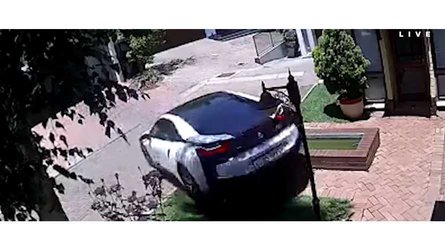 Watch BMW i8 Smash Into A Light Pole 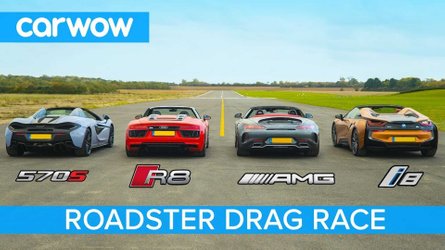 With its distinction as an environmental-friendly vehicle, it has been chosen by an artist, Milan Kunc, as the canvas for his artwork. He calls it the BMW i8 Roadster 4 Elements.

Milan Kunc is a globally-renowned Czech painter. His style is mostly neoclassical themes, while his modern artworks mostly contain mysterious and natural elements.

In the BMW i8 Roadster 4 Elements, Kunc incorporated a surrealistic expression of four essential elements of the planet. The intention is clear – to raise awareness about our environment through art. Each side of the i8 Roadster has been given an element to represent, namely fire, water, air, and Earth.

Here's Kunc's take on each of the element:

The BMW i8 Roadster 4 element will make rounds across Europe for its exhibition. Its first stop is the Invelt Showroom in Prague, while the BMW Museum in Munich is also included. At the end of its tour, the unofficial art car will be auctioned to support “The Ocean Cleanup” project, therefore, actively contributing to keeping our oceans clean.