Due to damage during assembly, water could potentially damage the EQC's power steering system.

According to a recent report by Autocar, Mercedes-Benz has issued a recall since its all-electric EQC SUV may experience sudden power steering failure. The recall is officially listed on the car-recalls.eu website.

Tesla has had all sorts of issues with its cars over the years, and it has been issuing more recalls of late. It seems EVs are proving to be difficult, not just for Tesla, but for most automakers.

Mercedes-Benz has issued a recall notice for as many as 19,000 EQC electric SUVs. Not long ago, Ford issued a recall since there's a chance some 38,000 Mustang Mach-E crossovers may not have their windshield or panoramic glass roof panels properly bonded. Remember when people were noting that Tesla's roofs might blow off? Well, it turns out, even though Ford poked fun at Tesla for the issue, it's experiencing something similar.

The point here is these examples are just the tip of the iceberg when it comes to recent recalls related to electric vehicles on our shores and abroad. As legacy OEMs and a growing number of startups tackle electric vehicles, we may be seeing plenty of recalls while various automakers sort out some unforeseen issues.

The recent Mercedes recall notes that the EQC's power steering could fail suddenly. Apparently, some copies of the EQC may have had damage to the electrical steering wiring harness during assembly, which could allow water to get inside. In a statement to Autocar, Mercedes-Benz wrote:

"Mercedes-Benz AG has determined that on certain EQC vehicles (293 platform), the wiring harness of the electrical steering might have been damaged during the assembly process."

"In this case, water might ingress into the wiring harness through a damaged isolation and advance over time into the steering control unit. As a consequence, the steering assist might fail spontaneously, also during driving. In this case, the driver would be notified by a red warning message in the instrument cluster."

The publication clarifies that Mercedes hasn't released specifics about the total number of SUVs potentially impacted. However, it does point out that the recalled cars were built between December 11, 2019, and May 18, 2020. Mercedes did add that some 3,073 EQC's sold in Germany were affected. 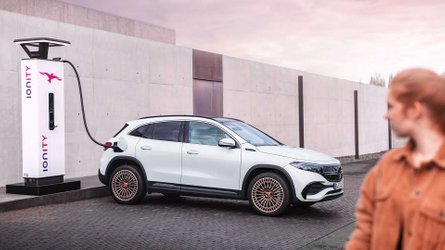 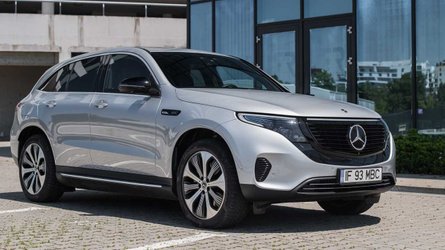 Mercedes EQC Coming To US After All, Albeit In 2025

Autocar says this is just one of many issues impacting the EQC, as there are already five other recalls listed for the electric crossover.