How Does A Tesla Hold Up Over Nearly Half A Million Miles? 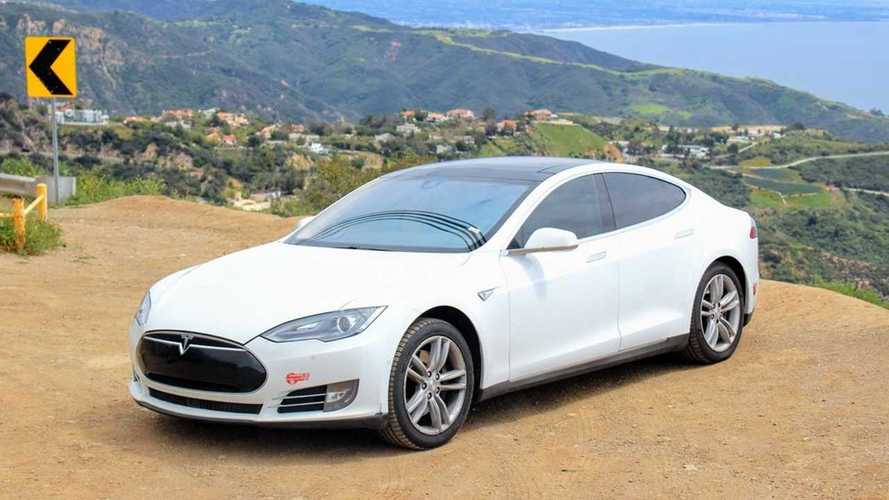 With Tesla's million-mile batteries coming, this is a critical question.

It’s no secret that most owners love their Tesla vehicles, but not many can say from experience how they hold up over the really long haul. One that can is Tesloop, a shuttle service in Southern California that operates a small fleet of Models S, X and 3. Each of Tesloop’s vehicles logs around 17,000 miles per month. Most have been on the road for well over 300,000 miles, and several are approaching the 500,000-mile mark.

An 8-Day Road Trip In A High-Mileage 2012 Tesla Model S, No Autopilot

For a recent article in Quartz, Michael J. Coren took an in-depth look at these vehicles’ history, with an eye to the long-term economics of operating Teslas in a fleet application. Tesloop provided Mr. Coren with five years of maintenance logs, representing over 2.5 million miles of service.

“When we first started our company, we predicted the drivetrain would practically last forever,” Tesloop founder Haydn Sonnad told Quartz. “That’s proven to be relatively true.” Except for one vehicle that was totaled in a collision, every Tesla the company has bought is still running - not one has succumbed to old age.

Of course, Tesloop’s vehicles have not been cost-free. The company has spent a little over $152,000 in five years (for eleven vehicles - seven that the company owns and four others it operates). Most of this has gone for maintenance items - tires, windshield wipers, brakes, etc.

There have also been some major repair issues - Tesloop has replaced six batteries, all under warranty, and all because of factory or installation issues, not because of battery degradation. There has been some capacity loss, however - one Model X has lost about 23% of capacity after 330,000 miles, a reduction in range from 260 miles to 200 miles (according to Quartz, a pool of data from Tesla owners shows an average capacity loss of about 10% after 155,00 miles).

As other early Tesla owners have reported, early versions of Tesla’s vehicles had some bizarre problems, most of which Tesla has since fixed, including squirrelly retractable door handles, a bad flash memory chip and a software glitch that caused batteries to shut down unexpectedly. Sonnad is philosophical about these issues, saying they’re not surprising considering his company’s heavy use of such a new product. (One sign of how much more reliable Teslas have become: Models S and 3 recently regained Consumer Reports’ coveted recommendation.)

“The early design iterations are still a liability,” Sonnad told Quartz. “But they all are remedied by the Model 3.” In fact, Sonnad plans to convert his fleet to all Model 3s, and expects the newer vehicle to have not only lower maintenance costs, but a total cost of ownership as low as half that of the more upscale Models S and X.

EVs seem like a no-brainer for fleets, and many are surprised that adoption has been so slow. But fleet owners need real-world evidence of a vehicle’s reliability before they’ll commit to large purchases, and so far, there isn’t much data. Deloitte’s David Hayward told Quartz that two of the biggest expenses for fleet owners are fuel (22%) and maintenance (11%), and EVs could cut those costs in half. However, fleet managers interviewed by Quartz said they “didn’t have reliable data on how well EVs performed in fleets.”

For fleet operators, it’s all about the cost per mile. Tesloop says its cost per mile for maintenance is around $0.06, which is comparable to the industry average for legacy vehicles. However, the company’s Teslas spend less time in the garage, and they’ve been serving long past the usual fleet vehicle retirement age of 100,000 miles. Sonnad predicts Tesloop’s Model 3s will serve for over 500,000 miles, and will reach a total cost per mile (including depreciation) as low as $0.18 to $0.25 per mile - far lower than the current average of $0.32 to $0.35 for legacy sedans.

Above: A look at one of Tesloop's Model X vehicles (Image: Tesloop)

Tesloop’s story should be required reading for any fleet operator. If and when a substantial number of the world’s fleet vehicles go electric, it will deliver a big boost to EV adoption. And the effects could go far beyond the fleet world. If an EV can be updated with a reasonably priced refurbished battery pack, it could last practically forever. If fleet operators like Tesloop can demonstrate the feasibility of such a model, gas cars could become like CRT TVs - unsellable at any price, and eventually left out by the curb in the rain with a “Free!” sign taped on.