Is a decked-out garage a new trend for EV owners?

Posted on EVANNEX on September 03, 2021 by Charles Morris

Regular readers of this column are surely familiar with how electric car charging works, and the various flavors of home and public charging that are available. For much of the general public however, charging is terra incognita, and this lack of knowledge is holding back wider EV adoption. For the EV-curious, the number-one question (and maybe numbers two and three as well) is always about charging, and until people understand what their options are, they’re simply not going to buy.

Above: A standard setup in the home of a Tesla owner might include a high power wall charger (Source: Tesla)

Fortunately, we’re seeing more and more how-to articles about charging in mainstream media such as local newspapers and general-interest mags. Recently the Wall Street Journal published a charging primer, in which E.B. Solomont shared the charging experiences of several current EV owners, along with some sound information on charging basics from our colleague, EV expert Tom Moloughney.

As you might expect considering its typical reader demographic, the EV owners interviewed by the WSJ are luxury car buyers who can pay whatever it takes to get what they want. If you’re thinking about a used Nissan LEAF, rest assured that there are much cheaper home charging options than the ones described here. However, it’s safe to say that higher-income consumers need charging advice just as much as we budget buyers do.

Peter Van Deerlin is a doctor, and when he bought a Tesla Model S in 2012, he wanted the fastest home charging solution he could get, in case he needed to get to the hospital quickly. He opted for Tesla’s Dual Charger, a hardware option that allowed Model S to be charged at 22 kW, double the usual rate (Tesla discontinued this option in 2016), and installed a beefy 100-amp electrical circuit in his garage. Dr. Deerlin and his wife have presumably been satisfied with their charging experience, because they later added a Model 3 and a Roadster to their fleet.

In fact, so delighted are the Deerlins that they spent some $13,000 to redecorate their garage, with Tesla-red paint, a wall-mounted T logo and flashy floor tiles. Vivianna Van Deerlin, who is now the president of a local Tesla owners’ club, told the WSJ that she originally went electric for environmental reasons, but fell in love with the Tesla: “I love that driving electric doesn’t need to be a compromise.”

Entrepreneur and investor Rich Levandov and his wife, Robin, split their time between Massachusetts and Sausalito, California. Their Massachusetts pad has a simple Level 2 charger, but at their California spread, they’re going all the way, installing a Tesla Solar Roof and a Powerwall, which they’ll use to charge their new Model Y and four e-bikes.

Colin Morales, an executive at a medical firm, drives a Porsche Taycan, and his partner has a plug-in hybrid Range Rover. They may have been among the many who bought a plug-in vehicle without understanding the reality of charging—they told the WSJ that at first, they “found themselves running all over town searching for a charging station.” However, they quickly educated themselves, and spared no expense to get properly equipped. The couple now have three ChargePoint home chargers, and another on order—two at their primary residence and two for their vacation homes.

Mr. Morales said he spent around $2,000 to install each charging station, including the electrical work, and is now saving an estimated $150 per month on gas. 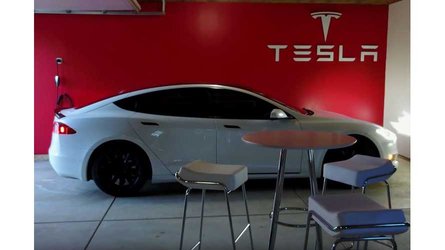 Tesla Owner Turns His Garage Into A Tesla Showroom - Video
⠀ 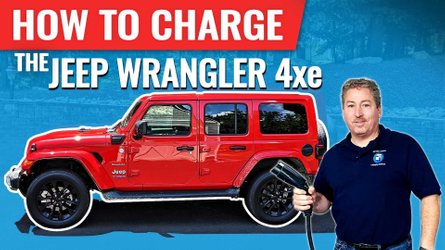 Everything You Need To Know About Charging The Jeep Wrangler 4xe