BMW Celebrates Six Years Of i3 With Stories From Early Adopters 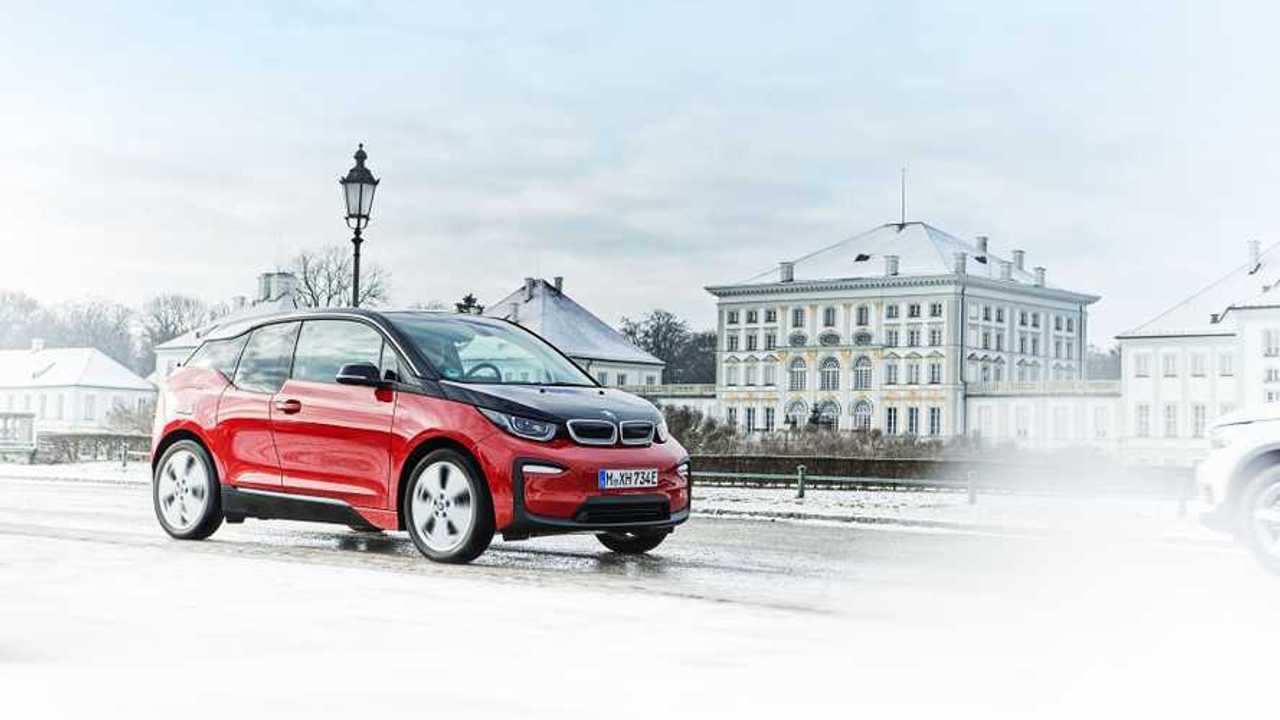 It's already been more than six years since BMW introduced the BMW i3 model in 2013. An all-electric city car that stands out by its design to this day and a technological pioneer, using CFRP on a mass scale.

To this day, the i3 design still doesn't look dated and after selling more than 165,000 units, BMW intends to continue to further develop the i3 and extend production until at least 2024.

How long the i3 will stay on the market depends on the demand, especially of the next version with an even bigger battery capacity (the original was 21.6 kWh, the second version was 33.2 kWh and the current one is 44.2 kWh).

The German manufacturer shared feedback from pioneers, who over those several years, often covered well over 200,000 km (124,000 miles) on a single battery pack. Not bad, considering that the 21.6 kWh version range was rated at 81 miles (130 km) (EPA).

Some were also able to use regenerative braking so successfully that they didn't replace brake pads for over 277,000 km (172,000 miles).

"Thanks to its role as a visionary technology flagship and continuing sales success since its launch in 2013, the BMW i3 has acquired the status of an icon. The BMW Group will continue to further develop this vehicle and currently plans to extend production until at least 2024. Customers emphasize above all the reliability, durability and the practicable range of the BMW i3, whether in the heat of South Africa or in the cool north of Sweden. The first all-electric vehicle from the BMW Group has for years now proven everywhere to be a cost-effective means of transport that is fully suitable for day-to-day use. Customers who had their BMW i3 delivered shortly after its launch and since then have subjected both the vehicle and its original battery to a real endurance test, use sustainable mobility not only for daily commuting between home and the workplace, but also regularly for longer distances and even holiday trips."

Let's hear some stories of the BMW i3's trailblazers:

Over 277,000 kilometres with the original set of brake pads.

“The vehicle concept of the BMW i3 is unique,” comments Helmut Neumann from the community of Titz in North Rhine Westphalia. “It looks so modern from the outside that people still turn around to catch a glimpse of it.” Neumann has been driving around locally emission-free since 2014 and even drove his BMW i3 BMW (60 Ah) (combined fuel consumption: 0.0 l/100 km; combined power consumption: 12.9 kWh/100 km; combined CO2 emissions: 0 g/km) as far as Berlin and the Alps without any trouble. “Apart from the immense driving pleasure, the BMW i3 is simply an extremely economical car,” he says. “This applies both to power consumption and maintenance costs alike.” With an average power consumption of 13 kWh per 100 kilometres over the entire lifespan, energy costs are kept to an absolute minimum – not only compared with an automobile with combustion engine, but also with other electric vehicles. At an electricity rate of 30 cents per kilowatt-hour, Neumann’s energy costs are just EUR 3.90 per 100 kilometres.

An analysis by the German Automobile Club ADAC has already shown that in addition to ecological aspects, economical aspects speak in favour of the electric vehicle. In a comparison of overall costs, the BMW i3 was around 20 percent better in terms of size and performance than a comparable BMW model powered by a combustion engine. In addition to lower energy costs and high value retention, low expenditure for maintenance and wear also contribute towards cost-effectiveness. For the driver of a BMW i3, oil changes or defective exhaust systems are relicts of the past. Deceleration is usually effected by means of recuperation. Therefore, even after over 277,000 kilometres, Helmut Neumann has still not had to replace the brake pads and discs on his BMW i3 one single time.

Neumann is one of the customers who participated in the retrofit programme and substituted the 60 Ah battery of his BMW i3 with a gross energy content of 22 kWh for a 94 Ah high-voltage battery unit (BMW i3 (94 Ah): combined fuel consumption: 0.0 l/100 km; combined power consumption: 13.6 – 13.1 kWh/100 km; combined CO2 emissions: 0 g/km) with a higher energy content of 33 kWh. The new battery offers greater energy reserves. “This makes things simply more convenient on long journeys,” he says.

Consistent vehicle range confirms the quality of the high-voltage battery.

Experience obtained by customers who use a BMW i3 from the first years of production shows that even with the original battery, the achievable vehicle range decreases only marginally even after high mileage. This validates the BMW Group’s expectations in regards to the quality of the high-voltage battery unit. Not one BMW i3 high-voltage battery has had to be replaced due to premature ageing to date. As the battery’s potential is far from being exhausted when reaching the previously quoted 100,000 kilometres, the BMW Group has now extended its European warranty for the battery in new BMW i3 vehicles even further. The maximum mileage over a warranty period has been extended to 8 years and/or 160,000 kilometres.

The BMW Group has also developed solutions for re-using batteries that are no longer suitable for demanding use in automobiles. After a long life in cars they can still provide valuable service as stationary energy storage units. High-voltage batteries from pre-series vehicles and those handed in by customers participating in the BMW i3 retrofit programme are used on the grounds of the BMW plant in Leipzig as storage units for the green power produced there by means of wind turbines.

Offering a range that is actually achievable in practice, the BMW i3 meets the requirements of regular long-term use. Gabriele Forster from Austria immediately found the ideal drive and charge rhythm, for example. She made a conscious decision in favour of an environmentally friendly vehicle with which she now commutes every day between home and work. At midday and overnight she plugs her BMW i3 (60Ah) into a wall box, which is sufficient to cover a distance of around 200 kilometres each day with a battery that has a capacity of 22.6 kWh.

Robert Cleary from the US drives locally emission-free almost 150 kilometres every day. Only on one single occasion did he run out of power – about 50 metres from his front driveway. The problem was solved using an extension cable. Robert had already participated in field testing with the BMW Active E and in 2014 was therefore given a BMW i3 (60Ah) in the “Electronaut” version for electric vehicle pioneers. His car constantly provides a topic for discussion. Together with colleagues from his company, Robert initiated an electric vehicle workgroup that, among other things, advocates the provision of additional public charging stations. He is convinced that “electric driving strengthens environmental awareness”.

To Shaun Maidment from South Africa “range anxiety” is completely unknown. “I once drove the BMW i3 from Johannesburg to Cape Town. It took slightly longer, but it was okay,” he says. On normal workdays, he drives up to 300 kilometres, making use of customer visits to charge the battery. In 2014, Maidment opted for a BMW i3 (60 Ah) with Range Extender (combined fuel consumption: 0.6 l/100 km; combined power consumption: 13.5 kWh/100 km; combined CO2 emissions: 13 g/km). However, he now considers the petrol-driven “emergency power generator” indispensable. “The Range Extender is essentially just a kind of assurance.” In order to further promote electric mobility in his home country, Maidment has launched a crowd funding platform designed to support the installation of further public charging stations in South Africa.

With a battery of the latest generation installed in the BMW i3 (120 Ah) (combined fuel consumption: 0.0 l/100 km; combined power consumption: 13.1 kWh/100 km; combined CO2 emissions: 0 g/km), whose gross energy content has now been extended to 42.2 kWh, it was possible to increase the vehicle range to values between 285 and 310 km as per WLTP test cycle and to 260 kilometres in everyday use. This equates to an increase of around 50 percent vs. the BMW i3 featuring a high-voltage battery of the first generation.

Sustainable driving pleasure – a characteristic feature of the BMW i3.

Even after many years of all-electric driving, customers are still fascinated by the spontaneous power and torque of the electric motor and the one-pedal feeling with which their vehicle decelerates by means of recuperation. “In the past, I have also tested other electric vehicles, also larger and faster ones,” says Rob van Roon from the Netherlands, “but none of them was as agile and easy to handle as the BMW i3.” Since the end of 2013, Roon has driven 276,000 kilometres with the first series production electric vehicle from the BMW Group, with another 25,000 having been added since March 2019 in a new BMW i3 (120 Ah). The new model only needs to be charged once a day, and van Roon usually knows how to make practical use of this. “Charging doesn’t necessarily mean waiting,” he says. “I spend the time doing administrative work or making phone calls, which demands my full attention.” On long journeys he has discovered the advantages of the quick charging stations from Ionity, which can be found at around 200 service areas along European long-haul routes. “If you can eat there, you can charge your car there,” he has noticed. Consequently, Rob van Roon and his family have driven their BMW i3 on trips taking them as far as the North Cape, the Algarve and Sicily.

In October 2013, Leif Carlsson from Sweden had already taken the first opportunity of a test drive in Stockholm. “After one single lap I was convinced – this is my car. It was the coolest drive I had ever experienced.” Today he still drives a BMW i3 (60Ah) with Range Extender every day and after travelling more than 216,000 kilometres, he enjoys the ideal balance between driving pleasure and sustainability. At first, it is sufficient to charge the car from conventional power sockets at home or at the workplace. In Sweden, there is no shortage of these even in multi-storey car parks, because there, auxiliary heating systems in automobiles are often supplied with electricity from the mains. Meanwhile, quick charging stations have been installed at workplaces and the network of public charging stations is becoming increasingly denser. Therefore, Carlsson now hardly ever uses the Range Extender. On the other hand, he still appreciates the auxiliary heating in his BMW i3 during the winter. The timer function works perfectly. When I get in the car to leave, the interior is warm and the windows free from ice and snow.”

For João Gonçalves from Portugal a test drive in the winter of 2013 was also enough. It was “Love at first sight – combined with many economical and ecological advantages.” Since then he has enjoyed every trip “to work, in his spare time and on holidays. My BMW i3 takes me simply everywhere.” He drives up to 250 kilometres a day and an opportunity to recharge the battery is always easily found during working hours at the office or when visiting customers. Meanwhile Gonçalves changed to a BMW i3s (120 Ah) (combined fuel consumption: 0.0 l/100 km; combined power consumption: 14.6 – 14.0 kWh/100 km; combined CO2 emissions: 0 g/km). The increased output of 135 kW/184 PS hp adds to driving pleasure and the high-voltage battery’s extended storage capacity “makes daily life even easier”, he says. “And longer journeys are now more comfortable and faster.” To prepare for long journeys Gonçalves uses the navigation system of the BMW i3. “It plans my route and indicates quick charging stations along the way, so I can be sure of reaching my destination without any problems.”