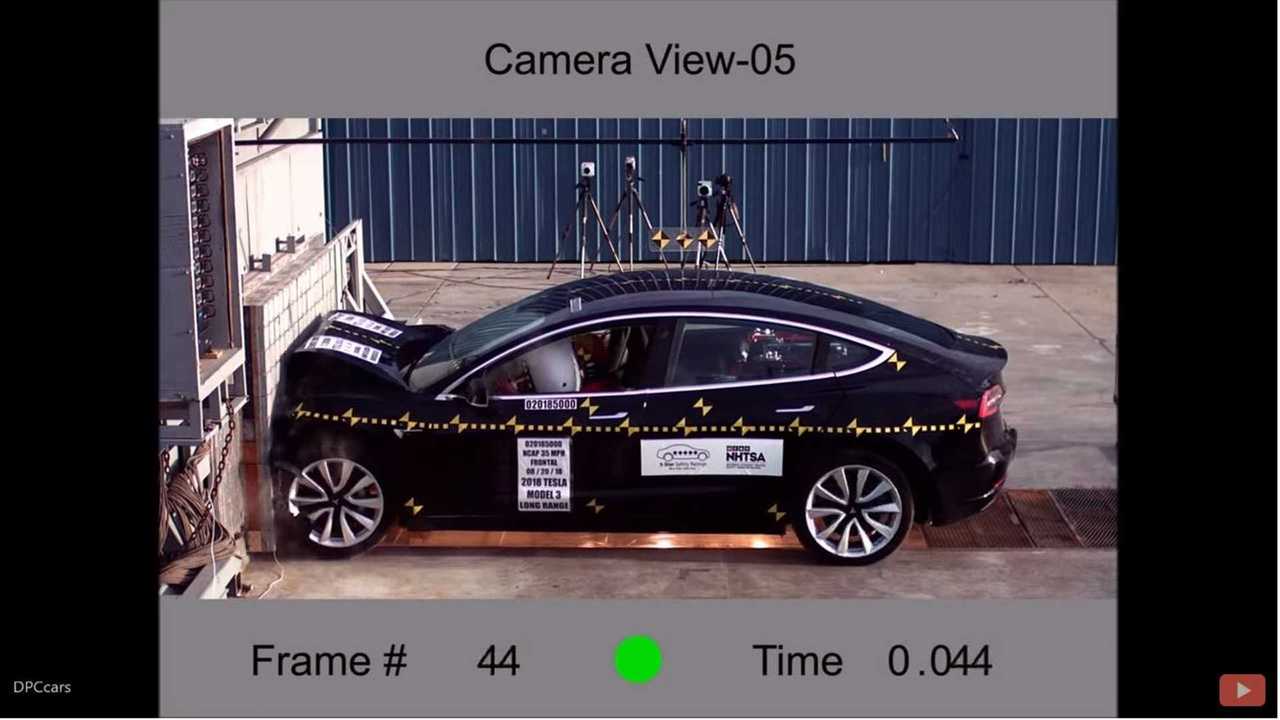 IN-DEPTH: HOW TESLA PRODUCES THE SAFEST CARS ON THE PLANET

Who makes the safest cars on the planet? Tesla. And, that's not an exaggeration, it's a fact rarely acknowledged by the media — who often (instead) focus on frivolous issues revolving around FUD.

Is Tesla Fabricating Data To Make Its Model 3 Appear Safest?

Above: Tesla's cars currently in production (Instagram: theelectriccar via Tesla)

Tesla's electric vehicles not only achieved a 5-star rating in every category of NHTSA's crash tests but Model 3, Model S and Model X are the top three cars with the lowest probability of injury to occupants that NHTSA has ever tested.

Above: Tesla Model 3 has the lowest probability of injury of any vehicle ever tested by NHTSA followed by Model S and X (Source: Tesla)

Looking at the graph above, Tesla happens to be the first and only manufacturer with an entire lineup of cars with superior safety ratings — 1st, 2nd and 3rd are all Teslas — and it's likely that the upcoming Model Y will join the rest of her siblings to round out the company's safety mission.

Electric vehicles are generally safer than internal combustion engine (ICE) vehicles due to the fact that their 'center of gravity' is almost perfectly situated. However, Tesla takes this to a whole new level with the Model 3 design — in addition to a lower center of gravity, Model 3 has an extremely low 'polar moment of inertia', Tesla defines this in their press release as follows:

In addition to its near 50/50 weight distribution, Model 3 was also designed with an extremely low polar moment of inertia, which means that its heaviest components are located closer to the car’s center of gravity. Even though Model 3 has no engine, its performance is similar to what’s described as a “mid-engine car” due to its centered battery pack (the heaviest component of the car) and the fact that Model 3’s rear motor is placed slightly in front of the rear axle rather than behind it. Not only does this architecture add to the overall agility and handling of the car, it also improves the capability of stability control by minimizing rotational kinetic energy.

Elon Musk further explained the 'Polar Moment of Inertia' in a series of tweets:

Key technical point is that the polar moment of inertia (concentration of mass around center) of a Tesla, to the extent of our knowledge, is better than any other production car. This positively affects safety, handling & driving feel. Extremely important metric.

In layman's terms, a low polar moment of inertia means that the vehicle will easily turn to the side and redirect the energy impact rather than absorbing it into the passenger cabin (see a 2016 Tesla Model S crash test below as an example).

Yeah. I think, architecturally, we have Newton on our side. And having Isaac Newton on your side is definitely the way to go.

Tesla's Q3 earnings call actually kicked off with the 'Safety of Tesla Vehicles' and Madan Gopal and Elon Musk went to great lengths to describe why 'vehicle safety' is the company's top priority (listen to the earnings call webcast here).

National Highway Traffic Safety Administration (NHTSA) has tested 943 vehicles since 2011 and taking into account 'lowest probability of injury', Tesla vehicles are the 'top three' — meanwhile the remainder (of the 940 vehicles) are from every other car manufacturer.

All of the vehicles achieving a 5-star rating are not the same as Madan Gopal described it on Tesla's Q3 earnings call:

Yeah, exactly. So if you look at there, there is a metric we came up with, which is a part of US NCAP rating itself, as a lowest probability of injury. And Model 3 has the lowest, and just to give you context, there are total of 900 plus vehicles since 2011, which have been rated. So the fact that Model 3 is the best among all the 943 to be exact. So that speaks volumes. And I'm very happy to say what Model 3 has achieved.

Due to the absence of an internal combustion engine in the front of a Tesla, this frontal space serves as a large crumple zone that absorbs the impact and it not only provides added safety for vehicle occupants but also for pedestrians in an incident.

Let's compare the front collision tests of a Tesla Model 3 and an Audi A4 in the following video where Model 3's large crumple zone absorbs most of the impact and Audi A4's engine thrusts towards the passenger cabin.

Even with a dual-motor setup a Tesla is engineered to pull the nose of the front motor downward and avoid intrusion into the passenger cabin (video below).

In Tesla's own words:

In pole impact crashes, in which a narrow obstruction impacts the car between the main crash rails, energy-absorbing lateral and diagonal beam structures work to mitigate the impact. This includes a high-strength aluminum bumper beam, a sway bar placed low and forward in the front of the car, cross-members at the front of the steel subframe that are connected to the main crash rails, and additional diagonal beams in the subframe that distribute energy back to the crash rails when they aren’t directly impacted. An ultra-high strength martensitic steel beam is also attached to the top of the front suspension to further absorb crash energy from severe impacts, and the rear part of the subframe is shaped like a “U” and buckles down when impacted.

Also the airbags used in Tesla vehicles are specially designed for maximum safety and work in combination with the sensors installed in both the driver and passenger seats in order to determine the size of the seat occupant and inflate only to the extent required — other manufacturers typically order airbags from a third party and just install them in their cars to fulfill basic safety requirements. As such, we've witnessed recent recalls due to injuries and deaths related to faulty airbags and airbag systems.

Above: A look at Tesla airbag deployment (Source: Tesla)

Tesla's vehicles exhibit exceptional safety in a side impact or intrusion incident as a rigid battery pack plays a pivotal role in stopping the colliding object from entering the cabin in a manner that's too deep to be considered safe — this also makes the Tesla side airbags perform better than an ICE car — giving them more time and space to save the occupants.

Additionally the Tesla Model 3 design uses ultra high-strengh steel reinforcements in the door panels and roof structure for increased rigidity against a side collision (illustrated below).

The following comparison video of a side pole intrusion test between a Tesla Model 3 and a Lexus ES 350 shows us the difference in a side impact incident.

Tesla's internal tests show that the Model 3 body structure can withstand roof-crush loads equivalent to more than four times its own weight and with minimal structural deformation.

The following rollover risk test of a Tesla Model X by NHTSA shows how difficult it is to rollover a Tesla.

Above: A Tesla Model X being tested for rollover safety (NHTSA/DPC Cars/YouTube).

Currently no other car manufacturer can claim that they can improve the safety of their vehicle fleet via an over-the-air (OTA) software update — this remains an area where Tesla maintains a unique edge over legacy automakers.

All Tesla vehicles manufactured after November 2016 have 12 ultrasonic sensors, 8 cameras and 1 forward radar that help provide Autopilot with 360° vision of its surroundings — this provides the most advanced, integrated sensor suite in any production vehicle today (see below infographic).

Recently, European New Car Assessment Program (Euro NCAP) tested several vehicles for their Driver Assistance/Automated Driving to calculate safety measures. In turn, they selected a Tesla Model S for evaluation and it performed better than most cars from other manufacturers — however, an outstanding issue with Euro NCAP seems to be the name 'Autopilot' which they feel doesn't sound like a driver assist system, rather a full self driving setup. Check out the Autopilot testing video below.

As mentioned previously, Tesla is consistently working to improve safety and Autopilot features with new updates, as Madan Gopal, the company's Functional Lead and Principal Safety Engineer, had explained during the Q3 2018 Tesla earnings call:

We are not stopping right now. What we would like to do next is how we can make use of the active safety and autopilot features, and make it even more improvement, so the next area that we are focusing on, how to integrate active and passive safety... that's our next area of challenge, which we will improve for sure.