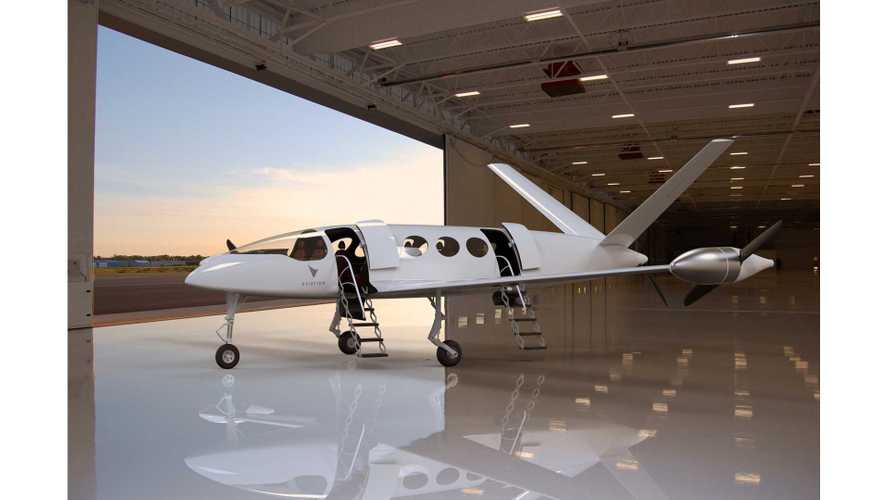 The company first showed the mock-up at the 2017 Paris Air Show and was present at the recent Singapore Airshow with a promise of first flights this year. Commercialization is to begin in 2019.

Eviation recently signed a deal worth over $1 million with South Korean battery manufacturer Kokam to provide 900 kWh battery packs, required for the range of the craft.. Batteries are to be highly energy dense at 260 Wh/kg.

With a 900-kWh battery in the air, maybe something like a 900 kWh in the Tesla Semi sounds small now?

"With the goal of making clean regional air travel accessible for all, Eviation is tackling one of the world's dirtiest industries - aviation. Its zero-emissions solution, the Alice, which debuted at the 52nd Paris Air Show in June 2017, leverages an IP portfolio that includes thermal management and autonomous landing, as well as distributed electric propulsion, industry-leading battery technology provided by Kokam, and cutting-edge composite body frames capable of carrying up to 9 passengers on a single charge for 650 miles.

Beginning with its patented manufacturing process, Kokam's battery solutions feature a compact battery cell design, an industry-leading energy density of 260 Watt hours per kilogram (Wh/kg) and a long cycle life, making them optimized to achieve light, energy efficient solutions meeting the safety demands of an aircraft. While the company's battery solutions have been used in aerial, ground, surface, and underwater drone applications for military, commercial, and industrial purposes, this deal with Eviation marks the first time they will be used in manned aerial flights of regional commuter aircrafts."

"Eviation is primed to make regional air travel emissions-free with a fully-electric aircraft design, built from the ground up to cut costs and improve efficiency on the busiest city-to-city transit routes, such as San Diego to Silicon Valley and Seoul to Beijing. Through 2019, Eviation will certify and commercialize its all-electric Alice aircraft, while partnering with leading industry suppliers, including Kokam, to bring its prototypes to scale and to the market."

"Eviation is taking the electric transportation revolution to its next logical level: the air. While the aviation sector is behind those on the ground in electrifying, today's battery capabilities are both more compact and with higher energy density than earlier technology, already able to power flights of 500 miles or less, a distance encompassing half of the world's 4.5 billion flights annually."

"Kokam is known around the world for its exceptional lithium ion battery technology, which already powers everything from energy storage systems to unmanned aerial, surface, and underwater vehicles. We're confident this is the best battery to usher in the age of electric aerial mobility, helping to save customers time and money, while being the most sustainable solution in the air."