Which Mini-EV Sold In Europe Is The Quickest In A Drag Race?

What Car? pits the Citroen Ami, Renault Twizy, Reva G-Wiz and Micro Electric against one another to find out.

Electric vehicles don’t have to be quick to be appealing and the four micro EVs lined up by WhatCar? perfectly embody that idea. They are all cheap city runabouts sold in Europe, so they are really slow, and even if they legally don’t qualify as cars, they are EVs and it is in our nature to want to know which of them is the quickest.

The newest of the four (and probably the boldest looking) is the Citroen Ami and the least well known is the Micro Electric, which also proved to be the quickest to accelerate. The other two are the Renault Twizy, which is the most fun to drive out of all vehicles tested in the video, and the Reva G-Wiz, an Indian-built vehicle that was at one point the most popular electric vehicle in the United Kingdom.

The video isn’t just about how quick these four vehicles are - you don’t expect them to be quick, and they aren’t. However, the real question is which one out of all four does the best impression of a real car? Well, the Twizy is definitely the most fun to drive, the Micro Electric is the best equipped and the aging Reva G-Wiz, which you can only buy second hand these days, is by far the cheapest.

However, according to this video comparison, it’s actually the Citroen Ami that would most deserve your money if you were considering one of these vehicles (even if it's not as quick as the others). Be warned, though, even if it’s the most real car-like, it’s still not actually a car, and this also means it doesn’t have to meet the same strict safety standards. 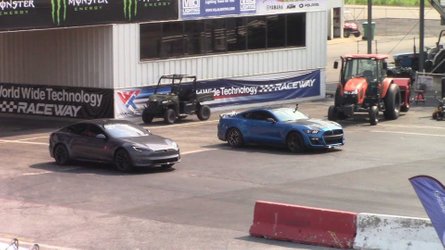 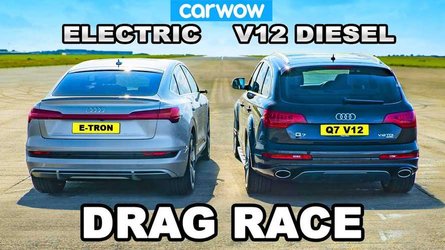