Do The Math: This Tesla Model S Has An Effective Cost Of Just $5,060 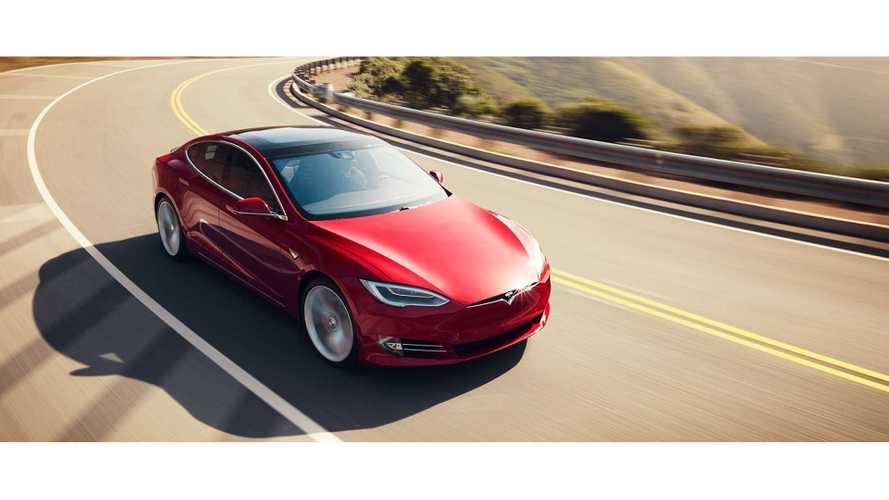 CAN A TESLA END UP COSTING YOU ONLY FIVE GRAND?

As any electric vehicle owner will explain, the higher purchase price of an EV is partially offset by the savings on fuel and maintenance, and for many buyers, by federal and state incentives. Tesla has always emphasized this fact - when you order a vehicle online, the web site helpfully takes into account incentives and savings on operating costs to calculate your effective price. Years ago, Tesla’s online savings calculator even incorporated the time saved by not going to gas stations (at $100 per hour!), until embarrassed fans convinced the company that this was stretching a marketing technique a bit too far.

Now, it’s one thing for a company to trumpet the savings delivered by its product, but in the case of Tesla, many a satisfied customer has done so as well. The latest of these to attract our attention is Greg Autry, who tells us in a recent post on Forbes that, after logging 50,000 miles in his Tesla Model S, he calculates its effective cost at a mere $5,060 - not a bad price for a luxury vehicle. Furthermore, Autry calls his Model S “the best product of any kind that I have ever purchased.”

When Autry first went shopping for an EV, he test-drove a Ford Focus Electric. The salesperson told him that “electric cars just don’t go fast.” As he observes, it’s “no wonder Tesla ate their electric lunch.” (After years of negligible sales, the Focus Electric has been discontinued, and Ford currently has no electric model in its lineup.)

Autry bought a 2014 Chevy Volt, which he describes as “a comfortable, decent-looking plug-in hybrid that could just barely get me to work on .” While he doesn’t seem to have found the Volt exciting, it did clue him in to “the low Total Cost of Ownership (TCO) and lifespan advantages of electric vehicles.”

Those advantages are many, but can the effective price of a Model S really work out as low as five grand? Read on...

At home, Autry charges his Tesla with solar energy generated on his roof, and on the road, he charges for free using the Supercharger network. “No gas bills for 50k miles driven has saved me $5,000. Model S cost down to $80k,” he gloats. Alas, most new buyers won’t get free Supercharging, and while the energy coming from the sun may be free, the panels required to capture it are not. However, there’s no question that running on electricity is cheaper than burning gas - the prices of both vary widely around the world, but a very rough rule of thumb is that driving electric will save you around two thirds of your fuel bill.

Above: Inside the Tesla Model S (Image: Tesla)

“I also spend no money and no time on service,” says Autry. “The only real service I’ve had was an in-warranty replacement of the regular 12v battery that supports the car’s computers and infotainment system. No oil changes, no cooling flushes, no brake jobs (magnetic mostly), no transmission servicing and no time wasted on that stuff.”

Tesla’s recommended maintenance includes changing the batteries in the key fob, checking the wiper blades and topping off the windshield washer fluid. The company suggests, but doesn’t require, replacing the brake fluid every 25,000 miles.

Mr. A figures he’ll keep his Model S for 150,000 miles, a not unreasonable expectation for a modern vehicle. That will bring the savings on gas and maintenance to $22,500, and the effective cost of the car to $63,000. Once he does decide to sell, he can expect a very decent resale value. A 2018 report by Loup Ventures found that Teslas tend to retain their value better than other vehicles in their class (and far better than other EVs). After 50,000 miles, Loup estimates that a typical Model S loses 28% of its value, whereas a Mercedes S-Class loses around 36%, and a BMW 7 Series around 40%. According to Autrynomics, that superior retained value is worth $10,400, bringing his effective cost down to $52,560.

Now we enter the realm of advanced theoretical mathematics. The Tesla’s long service life means Autry won’t have to buy another car, saving him half of the purchase price, or $47,500 - about what he’d pay for another car. “So, my Tesla will cost just $5,060 if driven for 150,000 miles!” he gleefully concludes.

Is Professor Autry’s economic reasoning sound? Well, some of it is based on verifiable, dollars-and-cents figures, some is based on benefits that aren’t available to all buyers, and some is arguably a little fanciful. On the other hand, there’s no way to put a price on the Tesla’s superior safety rating, the convenience of over-the-air updates, or the tons of carbon dioxide and other pollutants that electric cars do not spew into the air.

As a well-known marketing maxim has it, buyers make decisions based on emotion, then justify them with logic. In case you need some logic to justify buying a Tesla (or perhaps, to convince your significant other), there are plenty of facts and figures available - Mr. Autry is far from the only Tesla owner to celebrate his vehicle’s low TCO. We reported on a study last January, and another in February, both of which found that EVs offer a lower TCO than legacy vehicles. In December, we told the story of Marco “Speedy” Jeanrenaud, a Swiss automobile connoisseur who prepared a spreadsheet with data on several cars that he’s owned, and found that “it’s cheaper to drive a Tesla than anything else.”