This comes as no surprise, but there are still folks who won't buy an EV due to charging time and infrastructure concerns.

Posted on EVANNEX on October 15, 2021 by Charles Morris

What’s it like to drive an electric vehicle? To paraphrase an old ad campaign, ask a person who owns one. NewMotion, a European charging network owned by oil giant Shell has released its latest annual survey of EV drivers, and the findings should make interesting reading for anyone thinking of buying an EV (or for companies looking to sell EV-related products).

Above: A look at a Tesla Supercharger station (Twitter: Tesla Greater China)

The 2021 NewMotion EV Driver Survey (via The Next Web) asked 10,000 drivers from Germany, the Netherlands, France, the UK and Belgium about their driving and charging habits.

What was the main reason they went electric? Conventional wisdom is that most car buyers don’t care about the polar bears, and that it’s the better performance and greater convenience of EVs that close sales. In the European market at least, this isn’t necessarily the case—nearly 60% of NewMotion’s respondents said the environmental impact was their main reason for buying an EV. Of course, these are early adopters, and the remaining 40% who bought based on performance, coolness or cost savings is still a large number, so it’s probably wise for automakers to continue appealing to buyers’ baser instincts.

Where do people charge? At home, at work and in public, in that order. Some 68% of respondents own a home charging station, and 38% have access to workplace charging. However, a substantial 15% said they have neither option, and must rely on public charging.

The most popular location for public charging was on-street, chosen by 62% of respondents as their preferred place to top up. Some 46% said they like to charge at parking garages, shopping centers and leisure destinations.

Above: A look at some of the charging products and services provided by NewMotion (YouTube: NewMotion)

Network interoperability is a hot topic these days—many drivers complain about the hassle of having to use multiple charging networks, with separate access cards and separate billing. NewMotion’s survey indicates that the majority of drivers find it necessary to sign up for more than one network—94% said they carry at least one network’s card, and 74% have more than two. (NewMotion doesn’t appear to have asked whether drivers consider this a major inconvenience or not.)

Perhaps the most important question for prospective EV buyers: how many EV owners would consider going back to gas? Over 60% of respondents said their next car would be a battery-electric vehicle (the top five brands they crave are Tesla, Nissan, Renault, Hyundai and Volkswagen). About 20% said they would consider a plug-in hybrid. A mere 4% would even think about going back to a legacy gas- or diesel-burner.

What do NewMotion’s respondents consider the most pressing improvements to the EV experience? What would encourage more of our unfortunate fellow car owners to join the electric fold? The top answers: more range; more and faster public charging; and lower purchase costs.

Those answers certainly come as no surprise, but here’s an interesting finding that many of us probably haven’t considered: 95% of respondents said that going electric has changed their driving behavior. Nearly half said they tend to drive more efficiently, slowing down and avoiding sudden starts in order to maximize range. However, a substantial 23% of drivers are doing the opposite—they’re loving the leaping instant torque of electric driving, and find themselves accelerating more aggressively than they used to. It’s fun leaving those poor gas burners behind at the traffic light, isn’t it?

See These Articles For More Information: 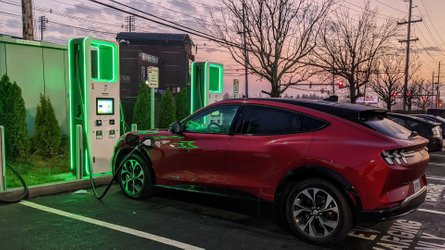 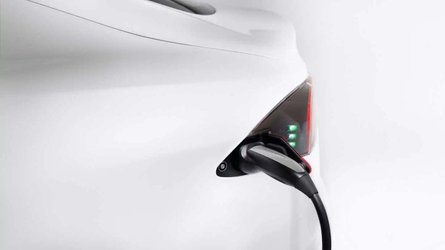 Written by: Charles Morris; Source: NewMotion EV Driver Survey via The Next Web