Patents filed with the EUIPO show that Smart's first crossover borrows a lot from the concept.

This is a very important concept for the Smart brand, and for several reasons. First and foremost, the Concept #1 previews an upcoming production crossover, the first in the company’s history.

Secondly, it is the first concept car of the Daimler-Geely partnership. As a result, it is also the first Smart concept car that’s not based on a Daimler architecture; instead, the Concept #1 rides on Geely’s electric Sustainable Experience Architecture (SEA).

Now, if you like the Smart Concept #1, chances are the production version will also suit your taste. We say that because Smart’s recent design patent filing with the EUIPO reveals a quite similar design inside and out.

At first glance, the vehicle depicted in these patents may seem almost identical with the Concept #1 (check it out in detail in the gallery and video posted below). However, a closer look reveals several different details like the flush door handles (the design study had none), the presence of B-pillars (absent from the concept), the bulkier side mirror caps, and the slightly different bumpers.

At the front, the grille appears slightly smaller because of the addition of two air vent-like trim pieces, while at the rear, the lower bumper insert appears chunkier and integrates the license plate holder. In addition, the wheels seem smaller than the concept’s 21-inch rims, while also sporting a different design. All things considered, the proportions appear more SUV-like on the Concept #1 and more crossover/hatchback-like on the production vehicle.

Besides the exterior design sketches, Smart has also submitted several designs for the interior parts, including the dashboard, center console, control and gear selector stalks. They also stay true to the concept vehicle, displaying similar layouts.

Designed by Daimler and due to be built by Geely in China on its SEA EV platform, Smart’s first crossover promises the "highest level of dynamic handling,” long range, fast-charging tech, a next-gen infotainment system hosted on a 12.8-inch touchscreen, and over-the-air updates.

Sized similarly to a MINI Countryman, the as-yet-unnamed Smart crossover is expected to go on sale in China in 2022 and later on in Europe.

Check out these other Smart electric vehicles 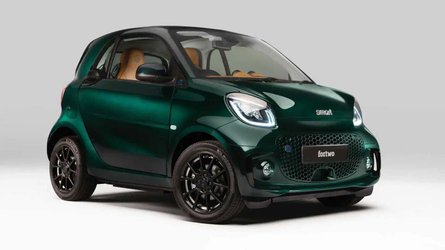 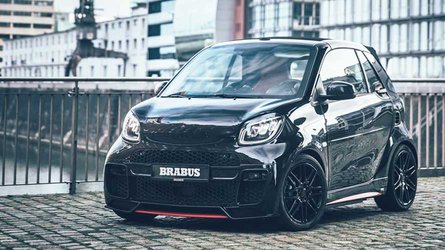