Just 300 limited-run Zoes will make it to the UK.

Renault has revealed a new high-end version of the Zoe E-Tech electric hatchback called the Riviera Limited Edition. Just 300 examples of the top-level supermini will be built for the UK market, with each costing £32,295 after the government’s Plug-In Car Grant has been applied.

Based on the currently range-topping GT Line trim – the best-selling version of the Zoe E-Tech – the Riviera Limited Edition comes with a host of internal and external upgrades. Midnight Blue Metallic I.D paint is standard, along with 16-inch alloy wheels and painted white body stripes.

Inside, the Riviera Limited Edition gets all the equipment found on the GT Line, but it adds ‘hands-free’ parking – a semi-autonomous parking aid that steers you into a space. Also included as standard are full LED headlights, a digital instrument display and a 9.3-inch touchscreen infotainment system.

Satellite navigation, automatic air conditioning and part-recycled cloth, part-synthetic leather upholstery are also thrown in. And you get the Apple CarPlay and Android Auto smartphone connectivity systems included in the list price.

Along with all that equipment, the Riviera Limited Edition also comes with a host of safety gadgets. Front and rear parking sensors are included, alongside a rear-view camera and cruise control. Equally high-tech additions include the lane departure warning system, blind spot monitoring and the automatic emergency brake system that can brake for you if you fail to respond to an impending collision.

Under the high-specification skin, the Zoe E-Tech Riviera Limited Edition comes with the standard Zoe’s 52 kWh battery pack, which allows it to cover up to 238 miles on a full charge. Charging the battery to 80 percent takes an hour and 10 minutes, while the 134 bhp electric motor gets the car to a top speed of 87 mph.

More on the Renault Zoe: 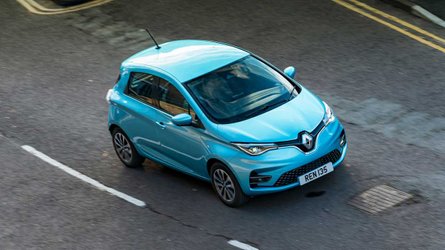 Renault Zoe will be phased-out and replaced by Renault 5 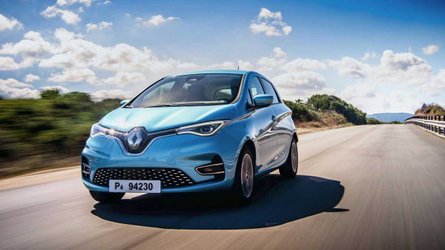 As with all Zoe models, the price includes a five-year/100,000-mile warranty, as well as an eight-year/100,000-mile warranty for the lithium-ion battery pack. Under the terms of that warranty, Renault guarantees the battery will retain at least 80 percent of its original capacity in the first four years, and it will still have at least 70 percent of its original capacity after eight years. If it fails to achieve those minima, Renault will carry out the necessary repairs under warranty.