The big news here is the all-new platform that's set to underpin all new electric BMWs after the year 2025.

BMW last used the Neue Klasse (German for ‘New Class’) designation for a series of new models it launched between 1962 and 1977. These models saved the company from bankruptcy, redefined it and basically turned into the BMW we know today, so now that the manufacturer has announced it will introduce a new Neue Klasse of electric vehicles, we are intrigued to see where they will take the automaker.

The big twist with the new Neue Klasse is that the vehicles under this program will be electric and they will all be built atop a new modular chassis architecture. The first model to debut as part of this program will either be the 3 Series electric equivalent, or the electric correspondent of the X3 (which may or may not still be called iX3), and it is expected to debut in 2025.

If you were interested in this new line of fully-electric BMWs, then perhaps this interview by Car Magazine with the automaker’s CEO, Oliver Zipse, might shed more light on the matter for you. In the interview, Zipse doesn’t make any major announcements, but he does help us better understand what BMW wants to achieve with the new Neue Klasse.

Based on information shared by the BMW CEO, the big news actually seems to be the platform. Zipse points out that with it, the Bavarians want to make the

We’re establishing that with the design of the architecture, asking how do we put a battery efficiently into the car, where do you put the drivetrain? On the rear: excellent! But it must also be all-wheel drive, you must also be able to put [a motor] on the front axle. If it’s a pure battery electric vehicle (BEV), that system set-up must be 100 per cent correct.

The platform will also employ as may recycled or sustainable materials as possible, ones that will then be easy to recycle when the vehicle reaches the end of its life. There is also financial incentive to try to reuse materials, because their cost has been slowly going up and the upward trend is set to continue.

We’re establishing that with the design of the architecture, asking how do we put a battery efficiently into the car, where do you put the drivetrain? On the rear: excellent! But it must also be all-wheel drive, you must also be able to put [a motor] on the front axle. If it’s a pure battery electric vehicle (BEV), that system set-up must be 100 per cent correct.

At a later point in time, you might put another type of engine, combustion, on the front axle,’ adds the 57-year-old CEO. ‘The architecture is still BEV-centric. It will give you the absolute best electrical driving performance like any pure electric platform; there is no contradiction at all.

BMW is currently powering its EVs with its fifth-generation batteries, but with the Neue Klasse, it will also debut its next- (sixth-) generation batteries. They will have higher energy density, faster charging capability and they will require fewer rare earth minerals than what is needed today. The automaker doesn’t expect its solid state batteries to be commercially ready by the time it starts rolling out Neue Klasse models. Zipse said

We’ve just invested into solid state and very rapidly we will have the first showcases of it. But there's a big difference between a prototype in the test field and industrialisation. The Neue Klasse will not start with [solid state] but with the architecture spanning maybe 15, 20 years, the likelihood that the Neue Klasse will see solid state at some point is very high.

When it comes to self-driving, it seems Neue Klasse BMWs will only be Level 2 at launch, but they should be upgraded to Level 3 at some point after, and since the manufacturer wants to use this new platform for well over a decade, it is also being engineered with Level 4 autonomy in mind.

Zipse also noted that there could be overlap between BMW’s ICE and EV ranges in the future, even once Neue Klasse models will be added to the range. For example, the 3 Series-equivalent EV will be launched at the same time as the next-generation 3 Series and the two will most likely coexist until around the end of the decade. 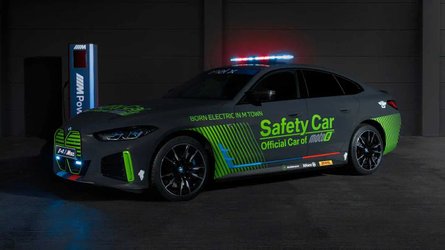 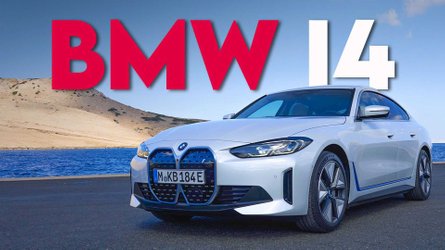 BMW i4: Everything You Need To Know
By: Andrei Nedelea
++
++
Got a tip for us? Email: tips@insideevs.com