It's coming "soon," but the estimated delivery time is early 2022 (new orders).

One of the early Model X Plaid was recently seen at a Supercharger at the Tesla Factory in Fremont, California. Tesla Russ' video gives us a short walk around and peeks inside the car.

We wish it would be a longer and more detailed video, but at least we can see the new interior, which is very similar to the one in the new Model S. Of course, there is the yoke.

According to the video description, the car is used by Tesla's representative in product marketing. He said that the car will enter the market "soon:"

I saw a Plaid Model X charging at the Fremont Factory Store on July 26, 2021. I took half a walkaround video before the "owner" returned. He told me he's in product marketing. We chatted about Model X, me telling him I leased one of the earliest P 90D's in March 2016 and cannot wait for the new X. He asked if I have an X reservation (yes), then asked if I'm going to buy a Model S Plaid. I told him my wife likes to sit up higher (no). (In reality, we are considering a Model X Long Range or Tesla Cybertruck Tri-Motor for our next utility vehicle).

I asked if the X will be available soon? He said "soon" and smiled. Then he said, "I'm the Model S and Model X Program Manager so I should know."

I think he means this definition of "soon": "in a prompt manner: SPEEDILY as soon as possible the sooner the better".

However, when we look at Tesla's online design studio for the U.S. the estimated delivery time for the Model X (new orders) is: 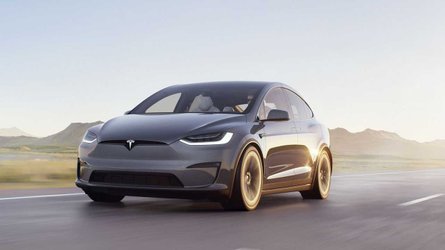 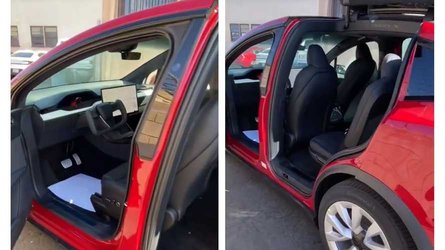 Tesla Model X Plaid Seen For The First Time
By: Mark Kane
++
++
Got a tip for us? Email: tips@insideevs.com