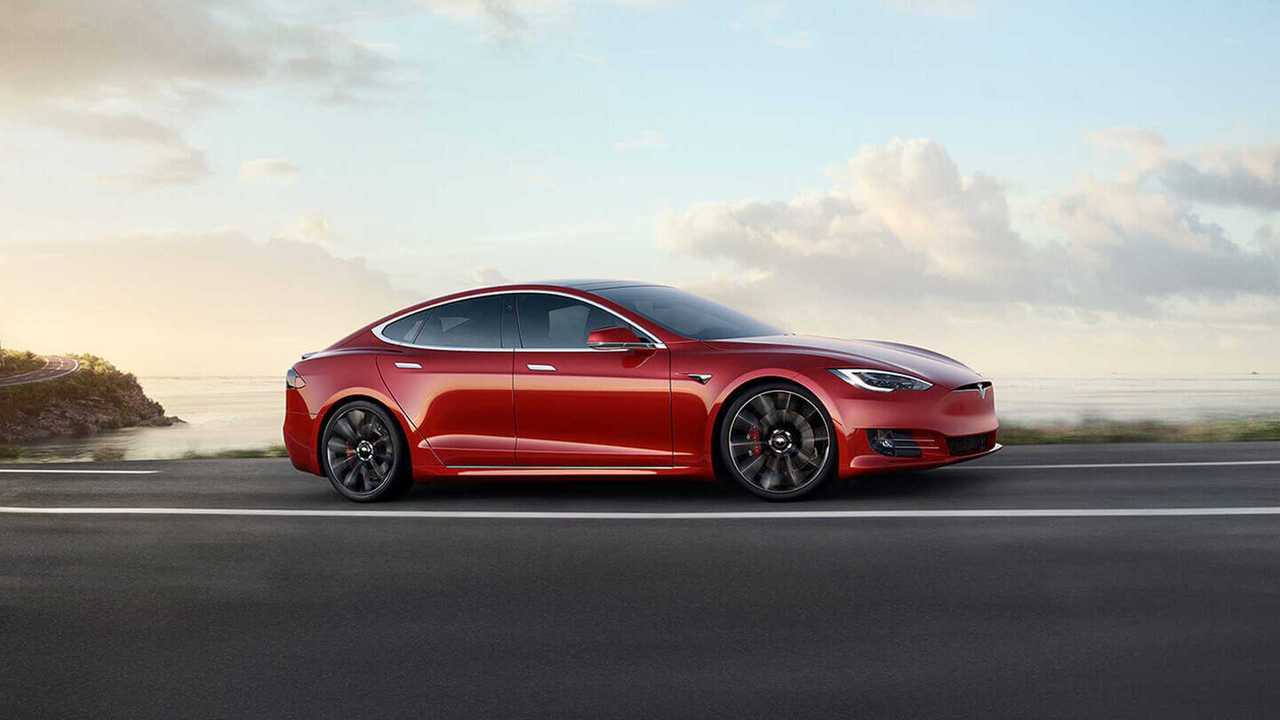 According to the iSeeCars.com, an automotive research firm and online car search engine, the Tesla Model S is the fastest-selling used luxury car, regardless of powertrain.

The industry average for all used cars is 42.2 days.

Used Model S are the fourth most expensive in the large luxury cars segment, but also the second most likely to be deeply discounted.

We would also add that the decreasing federal tax credit (now at $3,750) improved the value of the used Tesla cars compared to new ones.

“The fast average selling time of the Tesla Model S on the used car market shows that its used models are in high demand, which is likely the result of competitive pricing and low supply,”.

“Nearly 20 percent of used Model S cars are discounted by at least 10 percent below market value, which is almost one and a half times more often than the average for comparable models,” noted Ly. “While the supply for used Teslas is still relatively low, it has been growing steadily as more vehicles come off lease, which could cause dealers to be more competitive with their pricing. These significant deals likely contribute to their fast selling time.”

Besides the low supply (it's expected to increase), the used Model S is attractive and selling quickly because of prolonged support and over-the-air-updates. Another reason could be the long-lasting battery pack without much of a capacity/range degradation.

Automotive research firm and car search engine iSeeCars.com released the results of a new study showing that used late-model versions of the Tesla Model S are in high demand when compared to similar luxury cars. Despite high average prices, the Model S sells faster than its competitors by more than a week on average.

iSeeCars analyzed used car sales of the Model S and nine other comparable large luxury cars and found that the Tesla Model S is the fastest-selling among its competitors with an average selling time of 35.5 days, which is 24.2 percent faster than the average for this set of cars at 46.9 days, and 15.8 percent faster than the overall average for all used cars at 42.2 days.


“The fast average selling time of the Tesla Model S on the used car market shows that its used models are in high demand, which is likely the result of competitive pricing and low supply,” said iSeeCars CEO Phong Ly.

The average sale price of a used Tesla Model S is $68,159, which makes it the fourth most expensive vehicle among other large luxury cars. However, among its comparable vehicles, it is also the second most likely to be deeply discounted, behind only the Jaguar XJ. “Nearly 20 percent of used Model S cars are discounted by at least 10 percent below market value, which is almost one and a half times more often than the average for comparable models,” noted Ly. “While the supply for used Teslas is still relatively low, it has been growing steadily as more vehicles come off lease, which could cause dealers to be more competitive with their pricing. These significant deals likely contribute to their fast selling time.”


Range anxiety is a key reason that deters consumers from purchasing an electric vehicle. The Model S has combated this issue by offering the longest range of all electric vehicles, starting at 259 miles for its base model and extending to 335 miles for its performance-oriented model. This is nearly double the range of other popular electric vehicles such as the Nissan LEAF. “In addition to having a range that likely exceeds the mileage of daily drivers, Model S drivers can take advantage of the convenience of Supercharger stations in dense metro areas that can charge a battery to 80 percent in under 30 minutes,” said Ly. “The popularity of the Model S shows that the company has helped dispel concerns about vehicle range and has paved the way for other luxury automakers, such as Jaguar, to introduce EVs into their model lineups.”

The Model S is considered groundbreaking for its technological capabilities including its Autopilot driver-assist system, a large touchscreen infotainment display, internet connectivity, and over-the-air software updates that keep the vehicle current. “Tesla is the pioneer of over-the-air software updates,” said Ly. “While other automakers like Mercedes and BMW have followed suit with updates to infotainment and navigation features, Tesla is unique in offering them for performance-related issues, which allows vehicle owners to keep up with the latest and greatest technologies without having to wait for a new vehicle model.” A noted example is a 2017 update that gave Model S owners the option to upgrade to Autopilot features such as automatic emergency braking, automatic high beams, and blind-spot monitoring.

The cutting-edge technology of the Model S extends to vehicle safety as well. The authority on vehicle safety, the National Highway Traffic Safety Administration (NHTSA), has four recommended safety technologies that it finds particularly helpful in ensuring that a vehicle is as safe as possible. These include rear view cameras, automatic emergency braking, forward collision warning, and lane departure warning. “The Model S and the Genesis G90 are the only vehicles on the list that offer these technologies standard across all trims,” said Ly. “The Mercedes-Benz S-Class, which is known for being the leader in its class for driver assistance features, and the Porsche Panamera each have only three recommended safety technologies standard for their vehicles including the rearview camera, forward-collision monitoring, and emergency brake assist while lane departure warning is available on higher trims.” The Audi and BMW models as well as the Maserati Quattroporte offer the rearview camera standard while the other three features are available for higher-end trims.

While the price of the Model S puts it in a class with luxury vehicles, the automaker refers to itself as a “premium sedan.” As such, the vehicle lacks some of the sophistication of its luxury counterparts with its minimalist interior and certain features that are customary to a luxury brand such as cooling and massaging seats are also absent. “Priced $20,000 above the Model S, 2018 models of the Mercedes-Benz S-Class also provide a suite of tech features including a semi-autonomous driver assistance package while also boasting a lavish interior with amenities such as a cabin air fragrance system,” said Ly. “The fast-selling time of the Model S shows that its customers put a premium on Tesla’s innovativeness and that they are willing to sacrifice luxury car amenities in favor of cutting-edge technology.”

“Despite being one of the more expensive large luxury vehicles, the Model S has become the fastest-selling used vehicle in its class thanks to its large price reductions and its technological and safety features,” said Ly. “It also helped quell the public’s range anxiety thanks to its long battery range, and more importantly, it has raised the bar for EV production and has led the way for future innovation in both the luxury and EV markets.”

iSeeCars.com analyzed 6.1 million used car sales from April 2018 to March 2019 of used cars from model years 2016 - 2018. The Tesla Model S was then compared to nine other similar large luxury sedans. For each model, the number of days each car was listed on iSeeCars.com was calculated, as was its average price. In addition, the number of cars which were listed for 10 percent or more below market value was tallied for each model.