All-electric Polestar 2 will start around $45,000 and offer about 275 miles of range based on the EPA cycle.

We often joke about Tesla killers or Tesla fighters. However, there's not much truth to either as proven by the incredible success of the Tesla Model 3 as compared to any potential rivals. Not to mention that the Model S and Model X don't really even have direct competitors that have proven much of anything in terms of sales. Finally, another small, sporty all-electric car will come to market as a true Model 3 rival. Volvo is releasing the car from its former performance sub-brand, Polestar. 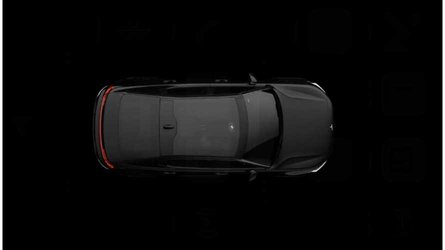 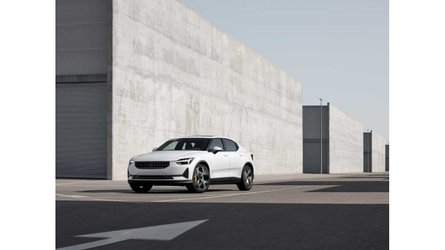 According to the automaker, the car will start at 39,900 Euros, about $45,400 USD. However, a launch edition will set you back some 59,900 euros ($68,200). The special launch edition will be available for the first year of Polestar 2 production. The upcoming entrant will be manufactured in China and available in 2020. Meanwhile, Polestar already has plans to take it on a worldwide marketing tour beginning next month.

The Polestar 2 comes as the first mainstream offering from the Volvo sub-brand. Polestar 1 precedes it, however, it's limited to 500 pricey copies (starting at $155,000). In addition, Polestar 1 is a plug-in hybrid electric vehicle, rather than a battery-electric car. Chief Executive Officer of Polestar Thomas Ingenlath shares:

The Polestar 2 boasts over 400 horsepower, and a zero-to-62-mph time of 5 seconds. It features two electric motors (standard all-wheel drive) and a 78 kWh battery pack, churning out 660 Nm (487 pound-feet of torque). Polestar notes that it's one of the first cars to offer a standard infotainment system that's centered around Android Auto, which comes as an option in many cars and is not available in any of Tesla's vehicles.

Check out the entire press release below:

Polestar has taken the next step in its development as the electric performance brand with the reveal of the new Polestar 2. Polestar 2 is the new all-electric fastback that brings electric performance cars to a broader and increasingly progressive audience. It offers avant-garde design and a unique customer experience in the premium compact electric segment. Polestar 2 is the first electric car to compete in the marketplace around the Tesla Model 3, with the range starting at a guide price of 39,900 euros. For the first 12 months of production, guide price of the launch edition is 59,900 euros1.

“Polestar 2 is our first fully electric car and first volume model. Everything about it has been designed and engineered with passion and dedication. As an electric performance brand, and through the forthcoming launch of a portfolio of fully electric cars, Polestar is determined to address the world’s air quality challenges. Polestar delivers electric performance cars that are great to own and drive,” says Thomas Ingenlath, Chief Executive Officer of Polestar.

Polestar 2 is a premium five-door fastback with two electric motors and a 78 kWh battery capacity2 that will enable a targeted range of 500 km3, based on Volvo Car Group’s adaptable Compact Modular Architecture platform (CMA). The 27-module battery pack is integrated into the floor and contributes to the rigidity of the chassis as well as improves the car’s noise, vibration and harshness (NVH) levels – road noise has been reduced by 3.7 dB compared to a traditional chassis.

Polestar will answer the important question of charging Polestar 2 with a smart, convenient and extensive approach. With a connected digital solution available both in-car and on mobile devices, Polestar is setting up strategic collaborations to give Polestar 2 owners easy and hassle-free access to the world’s largest public charging networks.

For Polestar, performance underlies the entire driving experience. The all-wheel drive electric powertrain in Polestar 2 produces 300 kW (408 hp) and 660 Nm (487 lb-ft). This translates to a 0-100 km/h acceleration time of less than 5 seconds.

Highlighting the technology spearhead role that Polestar plays within the Volvo Car Group, Polestar 2 is one of the first cars in the world to embed an infotainment system powered by Android. The Android backbone provides a solid and adaptable digital environment for apps and vehicle functions to coexist, and brings embedded Google services to a car for the first time – including the Google Assistant, Google Maps with support for electric vehicles and the Google Play Store5. Natural voice control and a new 11-inch touch screen display bring the new interface to life.

Phone-as-Key technology enables car sharing and a more integrated ownership experience, as well as Polestar’s connected services such as pick-up and delivery. It also allows Polestar 2 to sense the driver upon approach. Smart features like enlarged graphics in the instrument cluster allow the driver to easily see the charging status and range before entering the car. Polestar 2 can also predetermine the driver’s next move to create a seamless experience with a prepared cabin and quick start sequence.

Maximilian Missoni, head of Design at Polestar, comments: “We decided to bring something different to the segment. Our avant-garde design has evolved from Polestar 1 into an edgier, bolder statement. We have also designed a standard vegan interior with progressive textiles that will appeal to the forward-thinking audience who will subscribe to Polestar 2.”

Design-led features include Pixel LED headlights4 and proximity lighting which enable a unique welcome sequence, Polestar’s now-signature frameless side mirrors and the unique illuminated Polestar logo, which is reflected onto the car’s panoramic glass roof.

In common with all Polestar cars, Polestar 2 will only be available for ordering online. The guide purchase price for the launch version of Polestar 2 is 59,900 euros1 with subscription pricing to follow at a later date. Pre-orders are open at polestar.com. Production of Polestar 2 begins in early 2020 in China for global markets in both left- and right-hand drive.

Polestar 2 will make its first public appearance at the 2019 Geneva International Motor Show in March, and then embark on a global roadshow in Europe, North America and China throughout 2019. Polestar 2 will also be available in a network of soon-to-be-opened Polestar Spaces that will provide physical viewing and test drive opportunities.

Initial launch markets include China, the United States, Canada, Belgium, Germany, the Netherlands, Norway, Sweden and the UK. Other markets are under consideration for future expansion.

Polestar is the electric performance car brand jointly owned by Volvo Car Group and Zhejiang Geely Holding. Polestar enjoys specific technological and engineering synergies with Volvo Cars and benefits from significant economies of scale as a result. This facilitates the successful design, development and production of separately-branded, electric performance cars.

Polestar launched in 2017 with the Polestar 1 – a low-volume Electric Performance Hybrid GT with 600 hp, 1,000 Nm and an electric-only range of 150 km – the longest of any hybrid car in the world. In 2019, the Polestar 2 was revealed as the company’s first full electric, higher volume premium car designed to compete around the Tesla Model 3. In the future, Polestar 3 will join the portfolio as a fully electric performance SUV.