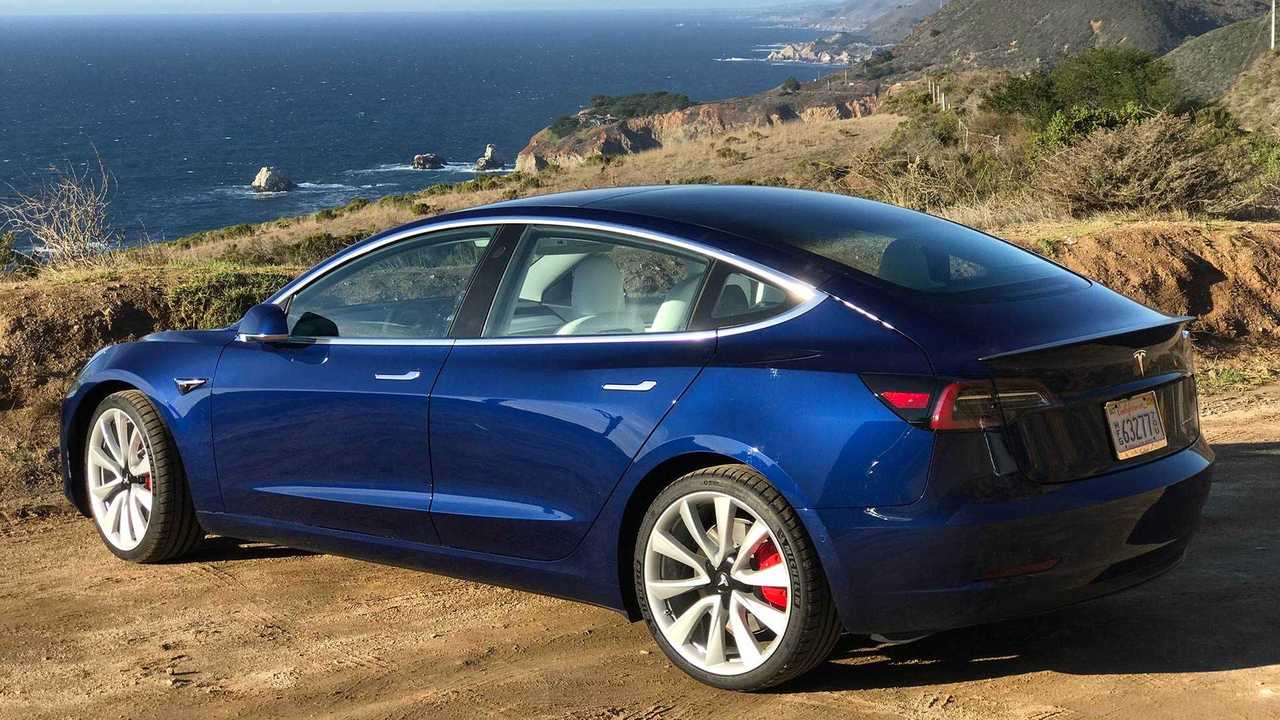 CONSUMER REPORTS: TESLA MODEL 3 IS THE CAR THAT OWNERS 'LOVE' THE MOST

A Consumer Reports survey recently revealed that Tesla Model 3 owners are the most satisfied and passionate lot when it comes to their car.

Consumer Reports rates customer satisfaction based on driving experience, comfort, value for money, styling and if the owner is willing to buy the car if given the option. And, according to Consumer Reports, Tesla Model 3 appears to be the most loved car considering each of these factors.

What's Inside A Tesla Surfboard? Let's Take A Look: Video

Above: Another happy Tesla family with their Model 3 (Twitter: Edgar Vega)

The Consumer Reports article (paywall) explains in their free-to-read version: "The average price for new cars continues to rise; it’s about $35,000 now, according to the National Automobile Dealers Association. For that much money, you’d think happiness would be part of the deal, but it’s not... Consumer Reports members shared the experiences they’ve had with more than 500,000 vehicles in our 2018 auto surveys."

So who was happiest with their car? Inside the Consumer Reports print magazine, a comparison chart displays Tesla Model 3 at the top with 92 points in overall customer satisfaction. Two more electric cars made the green segment of the graph (most satisfied customers): the Tesla Model S, taking the fifth position with 88 points, and, the Chevrolet Bolt holding the eighth position with 86 points.

Above: Tesla Model 3 scores 92 points and is the most loved car by owners according to Consumer Reports (Scan by Mark Trover / Facebook)

Last year Consumer Reports dropped Tesla Model 3 from their recommendation index due to its longer braking distance, but, Tesla was able to rectify the issue within a week with an over-the-air software update.

Tesla Model 3 has been scoring aces in various tests and reviews, be it a 5-star safety rating from NHTSA or 0-60 mph record-breaking results. The stories and pictures owners share on social media from time to time also provide an indication of how much they love their car.

Tesla owners are one of the most engaged and enthusiastic groups as they continue to experience improvements to their vehicles via software updates and amusing Easter eggs (like recent in-car entertainment with TeslAtari video games).

Above: How much a Tesla Model 3 costs after 10,000 miles of ownership (YouTube: Andy Sly)

In addition, anecdotal evidence of Tesla Model 3 "love" is often found on YouTube. After logging 10,000 miles, YouTuber Andy Slye seems to be pretty satisfied (see above). In addition, other research has uncovered findings that appear to correlate to this high level of satisfaction of Tesla owners. Case in point — Experian recently found that Tesla has the highest customer loyalty of all other car brands.