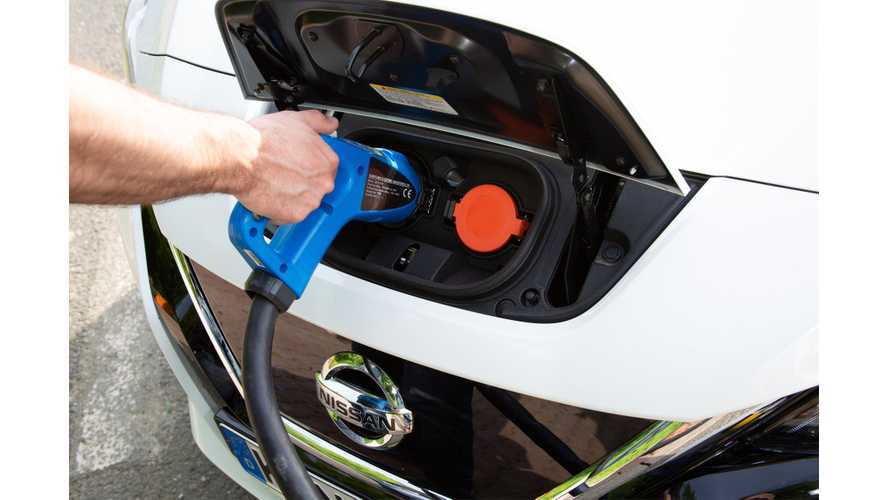 It seemed like the 2018 Nissan LEAF's Rapidgate had come to an end with a software update for cars manufactured between December 8, 2017 and May 9, 2018 (we guess that all new LEAFs after May 9, 2018 already have the new software).

However, according to the latest news provided by Gary Lieber from CleanFleetReport.com, further research for the U.S. market revealed that the software fix will be available only in Europe. Attempts to find out how LEAF owners can get the fix done had no results. Jeff Wandell at Nissan PR in Franklin clarified that there is none available because there were no customers experiencing the problem (at least considering complaints at dealer service centers).

Here is the response, which Gary Lieber received from Nissan:

"Hi Gary – to follow up on our call, the vast majority of our US customers don’t use multiple fast charging procedures in any single day, so they are not affected by the charging safeguard feature on the new LEAF. Regarding the software update in Europe, Nissan is not currently planning to conduct the update in the US. For LEAF customers who expect to consistently use fast charging procedures more than twice per day for extended distance driving, we would suggest they contact their local Nissan dealership for advice on how to get the best out of their LEAF under these exceptional driving scenarios."

According to the last part, the multiple use of fast charging (more than once in a single day) was considered an "exceptional driving scenario". From the statistical point of view it's maybe rare to charge more than once, but without the ability to charge at full power, the charging will be longer on those occasional long-distance journeys.

"I further asked about how Nissan USA arrived at the decision not to offer this change to USA customers, and this was the response:

"the decision not to extend the European SW date to the US was based on actual charging session data that the 2018 LEAF fleet generates, and the repair requests that dealers receive from owners presenting this issue".

Essentially Nissan has data that shows that a very small number of the 2018 LEAF universe actually experience this situation, and Nissan has no service reports from dealers with customers presenting the symptoms of this type of a charging slowdown."

Well, if LEAF owners are ok with the fast charging speed, Nissan does not feel obliged to provide updates.

The 40 kWh battery version of LEAF was launched in the U.S. a little later than in Europe and at a smaller scale (just several thousands in the first half of the year and less than 15,000 total in 2018). Sales in Europe were over twice times higher early in 2018, which probably also generated more feedback.

Let's explain the Rapidgate once again. The issue was discovered early after the second-generation LEAF launch in Europe. It turned out that the LEAF's charging power (at the CHAdeMO DC fast chargers) decreases when such sessions are repeated or the battery is hot (lack of active battery cooling).

Nissan has addressed the issue through a software update in Europe (for cars manufactured between December 8, 2017 and May 9, 2018 ) and implemented it in new LEAFs produced from May 9, 2018.

We don't know whether the safeguards were removed or just changed, and how multiple fast charging sessions will affect battery capacity / degradation over time.

The charge speed is up to 50 kW at all of our chargers. In the charge curve below you can see the charge speed of the Nissan Leaf and e-NV200. On average both cars charge 100 km of range in 20 - 25 minutes. Charging behaviour largely depends on the battery size: