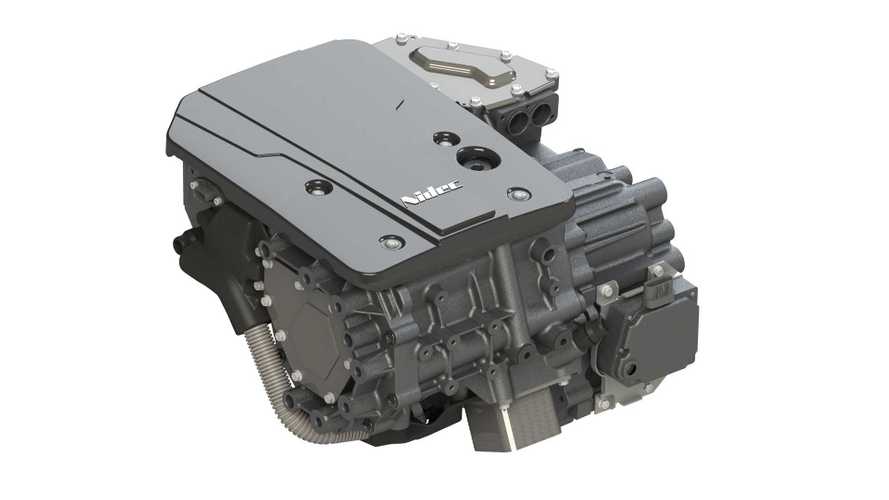 Japanese company Nidec announced that the first electric car that will be equipped with its e-axle traction motor system will be GAC NE Aion S, scheduled for production from 2019. The Aion S is expected to have over 500 km (310 miles) of range.

The production of e-axle for GAC will also start in 2019 in Nidec’s new dedicated 66,000 m2 factory in the Pinghu Economic Development Zone near Shanghai.

"Nidec’s automotive traction motor system was first revealed in September 2017 and the company later went on to announce the successful development of a refined design that fully integrates the reduction gearbox and inverter. Weighing in at only 83 kg1, the compact and light-weight system achieves a power output of 150 kW and a maximum torque output of 3,900 Nm. It is a modified 87 kg version of this new integrated system that will power the Aion S."

Nidec has also a deal and joint venture with PSA Group to produce electric motors in Trémery (France) from 2019. The offer seems to be tempting enough for other manufacturers that Nidec is now considering another plant in Europe, which could be in Poland.

"Although the traction motor system will be launched in the Chinese market first, Nidec plans to make the product available to European automobile manufacturers as well in the near future."

"Carmakers from all around the world have contacted us since we announced our E-Axle and we are currently considering building another dedicated factory in Poland,”.

"Nidec started out as a manufacturer of small electric motors for appliances and other machines in 1973 in Kyoto, Japan. Initially a company of only four engineers, it has now grown into a global company group employing over 100,000 people in more than 40 countries across the world. Major products designed and manufactured by Nidec include HDD spindle motors, of which the company has captured 85% of the global market share, and electric power steering motors for automobiles. To date, the company has acquired 60 different businesses, and many of its recent acquisitions, such as that of Honda Elesys (now Nidec Elesys) in 2014, have been focused on strengthening its capabilities in the automotive segment. Nidec also recently launched a joint venture with French Groupe PSA to develop, manufacture and sell a separate lineup of automotive electric traction motors."