Will Cars Become The Next Ultimate Gaming Consoles Thanks To Tesla?

Tesla may have been the first automaker to introduce an in-car gaming platform, but it won’t be the last.

Posted on EVANNEX on January 02, 2021 by Charles Morris

Elon Musk is a gamer from way back—his early love of computer games led him to programming, which led to Zip2, PayPal and Tesla. So it wasn’t too surprising to see the introduction of the Tesla Arcade, which allows Tesla owners to play a variety of video games on the cars’ screens, even using the steering wheel as a controller.

Above: Tesla owners can park their car and play video games like Cuphead on their center console display (Image: Tesla)

Tesla may have been the first automaker to introduce an in-car gaming platform, but it won’t be the last. Mercedes-Benz recently unveiled a gaming system for its CLA Coupé, and other manufacturers seem likely to follow. Tesla is rumored to be developing new games that will be exclusive to its platform.

If anything, it’s a little surprising that in-car gaming hasn’t already become a big thing. VentureBeat’s Idan Nadav reminds us that the automobile is evolving from a mere means of transportation into another digitally-connected living space, in which we expect to be entertained at all times.

As drivers, we spend a lot of “downtime” in our cars, whether waiting in a parking lot to pick someone up, or sitting in a traffic jam. Of course, for passengers, it’s all downtime, and once full autonomy comes into widespread use, we’ll all be passengers. Automakers are betting that, like those bored kids in the backseat, we’ll be clamoring for a more immersive experience than a hand-held Gameboy can offer.

There’s room for in-car gaming systems to become a lot more sophisticated. Some of the user interface technologies that are starting to appear in new cars, such as head-up displays, seem tailor-made for in-car gaming. And, while it’s not (yet) considered okay to play Asteroids or Mario Kart while driving, it’s not hard to imagine a game that incorporates the actual driving experience. Some EVs already have a sort of built-in game that rewards you for driving more efficiently (in the Nissan Leaf, you can earn little trees by maximizing your range). What about a GPS-enabled scavenger hunt that projects little virtual creatures onto your head-up display, along the lines of Pokémon Go? (For Hummer drivers, these could be terrorists, or liberals, that splatter when you run them over.)

Forward-looking automakers are trying to dream up ways to generate recurring income streams (Tesla is already doing so with optional over-the-air upgrades), and gaming could be one of several avenues to do that. Once cars learn how to drive themselves, relieving us of the need to pay attention to the road, the sky’s the limit for the kinds of interactive experiences we could have (and pay for) in our cars.

Many of us already spend most of each day staring at a screen, and our migration online has been accelerated by the pandemic. More and more, our physical spaces are expected to include interfaces to the virtual world—why should our vehicles be an exception? 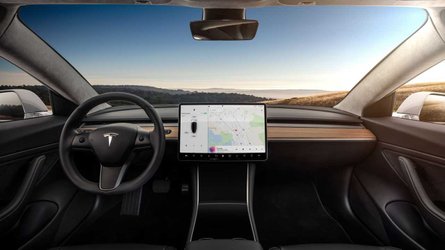 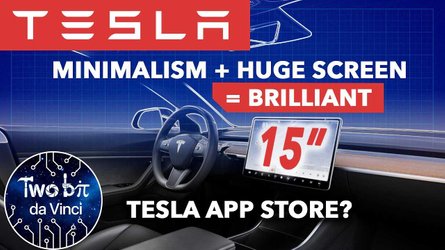 Is The Single Screen On Tesla Model 3 And Model Y A Stroke Of Genius?