The MX-30 doesn’t shout about being electric; it feels like a typical Mazda crossover that is very quiet and torquey.

Is the Mazda MX-30 compromised by its small battery pack and inherently low range? This is probably the big question on everybody’s mind when it comes to the Japanese automaker’s new battery-powered high rider.

The MX-30 is a stylish vehicle, inside and out. If it was bought on looks alone, it would be a winner in the small crossover segment. But since it’s also an EV, buyers will look past its pleasant appearance in search of substance.

So does it offer substance? Well, with a 35.5 kWh battery pack and a real world range of around 180 km (110 miles), it won’t meet everyone’s needs. It’s definitely not an EV you buy to go on long journeys in - its purpose is to get you around the city in style and with no tailpipe emissions.

In terms of performance, with a benchmark sprint time approaching the 10-second mark, it won’t set your heart racing, but according to The Fully Charged Show’s Robert Llewellyn, it doesn’t feel slow. In fact, he seems to quite like the MX-30, after his quick first drive in one (it’s also the first Mazda he’s ever driven). 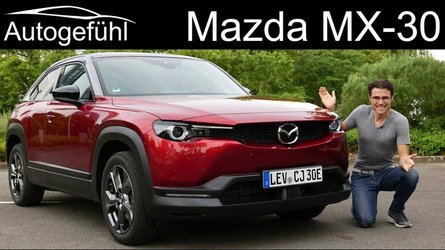 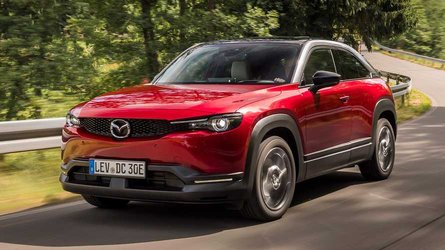 So while its range may not be that impressive - Mazda will tell you it was a deliberate decision, but we’re not so sure about that - the rest of the car is very pleasant and it’s an attractive package overall. There’s really little to criticize about it from a practical standpoint, aside from the limited legroom for rear passengers.

It has to be said, though, that since it’s not actually a dedicated EV, this electric version of the MX-30 does feel like a bit of a compliance car - Mazda didn’t really want to make it, but it was forced by lawmakers to create it in order to meet new range-wide emissions regulations enforced in Europe. At least they're making a range extender to improve its usability.